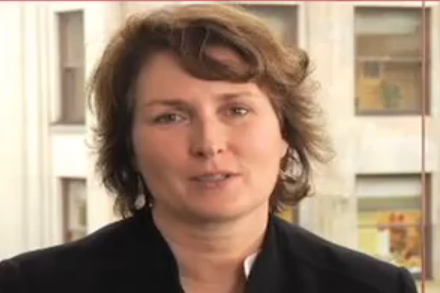 In 2005, the B.C. child welfare system was in crisis, and the public was demanding change. The violent death of a child in foster care had exposed failings in the investigative process and left the impression of a dysfunctional Ministry of Children and Family Development. Then-Premier Gordon Campbell appointed Judge Ted Hughes to review the government’s care of foster, abused and neglected children, and to suggest reforms in the investigation of deaths.

Hughes recommended that the government create an independent office to investigate children who die while under ministry supervision. The mandate of the Representative for Children and Youth, established by legislation soon after Hughes released his report, goes further than death investigations. The public had lost confidence in the ministry, so the representative was given the power to audit the agency and perform research on child welfare in B.C. Finally, the representative, an independent officer of the legislative assembly, acts as an advocate for individual children who need or receive services.

Mary Ellen Turpel-Lafond, whose term expires this November, became the province’s first Representative for Children and Youth in 2006. In her public lecture on October 22, 2011, sponsored by the Vancouver Institute, she said that to date, her office has intervened on behalf of 7,000 children. She praised the individuals and communities that assist children affected by neglect, developmental disability, and abandonment. But she said that B.C. has deep, systemic challenges to ensure that all children have equal opportunity for social and educational development.

According to Turpel-Lafond, B.C. still lacks a seamless child welfare system that is well staffed and accessible throughout the province. She said that in a well-performing child welfare system, the rate of recurrent maltreatment of children who are removed from and later returned to an abusive home is about 10 per cent. In B.C. the rate is 22 per cent. In some regions of the province it exceeds 40 per cent. “This needs to be fixed,” she said.

Children and youth who are involved in the criminal justice system often have extensive underlying problems. Turpel-Lafond and the provincial health officer studied 50, 551 B.C. children born in 1986 and who were attending school in the province 10 years later. In one of the largest studies of its kind in Canada, they found that of children living under ministry supervision in foster homes or with relatives, 41 per cent were involved in the criminal justice system by age 21. The rate of legal problems was much lower, only 6.6 per cent, among children living with their parents.

Turpel-Lafond said that children who had multiple displacements, such as a string of  foster homes, were the most likely to have legal problems. Furthermore, these children often had mental disorders, learning disabilities, and were less likely to complete high school. Although some of these problems may predate the displacements, inconsistent care makes them worse. As a result of these findings, any child under ministry supervision who has more than three displacements during a year now undergoes a special review by the ministry.

The rights of children are uppermost in the mind of Turpel-Lafond, who has a degree in international law and has worked as a judge and law professor. Canada and 192 other countries, although notably not the United States, have ratified the U.N. Convention on the Rights of the Child,  which obliges reports on child welfare every 5 years. Turpel-Lafond was involved in the latest submission, which was 5 years late and relied on provincial offices because Canada lacks a national office on child welfare. She mentioned that article 12 of the convention requires that children have a voice in judicial and administrative proceedings affecting them. “B.C. has made little progress in this area,” she said.

Children who are involved in foster care, adoptions, or even divorces have opinions and preferences, and Turpel-Lafond said that in other jurisdictions, such as Alberta and New York, such children have the right to personal representation by a lawyer or advocate. Not so in B.C. She said that although ministry social workers may advocate for children, their allegiance is divided between the province, the parents, and the child. In some cases, the Public Guardian and Trustee may be involved and has resorted to litigation to ensure fair treatment of children. But in many cases, no one is assigned to inform children of their rights, their choices, and what to expect during a confusing and scary time.

Other concerns that Turpel-Lafond raised include the slowness of adoptions in B.C. Although 5,000 children in B.C. are permanent wards of the province and eligible for adoption, only about 300 find permanent homes every year. She also said that the existing family law in the province is 30 years old and should be modernized.

Turpel-Lafond said that the biggest problem facing B.C. children is poverty. Year after year, B.C. has had the highest rate of child poverty in Canada—about 100,000 children in the province are poor, many of them Aboriginal. She, along with nongovernmental organizations and the Union of B.C. Municipalities, has called for a provincial poverty reduction strategy. The Liberal government so far has refused act, although seven other provinces have such plans in place.

The Representative’s office recently examined the deaths of 21 children who were two years old or younger and found that most were in poor homes. Fifteen were from First Nations, and many were in families riddled with trauma and neglect. These are the most tragic cases, but most poor children don’t die in infancy.  Rather they are more likely than better-off children to develop problems such as obesity, smoking, and injuries that affect their health well into adulthood.

Turpel-Lafond said that B.C. did not have good results for many children in disadvantaged positions.