Canadian dance icon Margie Gillis speaks out about how Sun News attacked and deceived her, calls for its demise. "I think the station should be taken off until they can prove that they represent Canadian values," she said. 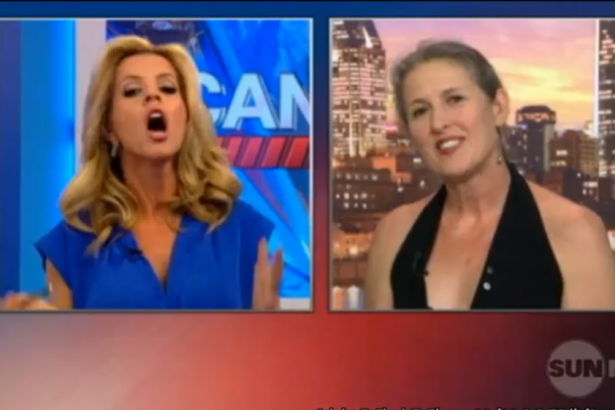 By now, almost every Canadian has weighed in on the infamous interview between Sun News Network’s Krista Erickson and Canadian dance icon Margie Gillis. During the one-sided grilling, Erickson mocked Gillis and asked her why $1.2 million in public funds was being used to support her foundation. Although Gillis tried to explain, her interviewer constantly shouted over her, at one point flapping her hands in a crude imitation of the dancer’s art.

The notorious interview would result in CRTC receiving a record 4,300 formal complaints from viewers (the average is around 2,000 per year). People were outraged: Gillis was an internationally recognized dance icon, a recipient of the 2011 Governor General’s award for Lifetime Artistic Achievement. Erickson, meanwhile, was a little-known broadcaster who herself was paid out of taxpayer dollars for 11 years at the CBC, where she worked prior to joining the Sun News team.

While the interview was treated as a joke by some media outlets, its implications were serious. The Sun "interview" revealed three major things: 1) the onset of right-wing, American-style demagoguery in Canada 2) the political undermining of the arts and culture sector and 3) an erosion of compassion for the weak and marginalized in society.

Years from now, the Gillis-Erickson interview may be remembered as a watershed moment when Canada became a less polite, less civil nation in the public discourse.

Still, when her office began receiving persistent phone calls every day from Sun News, urging her to appear on their show, her administrator eventually became persuaded that their intentions were honorable.

“They said, ‘we are obviously a conservative television station, (but) we really respect her and admire her…we feel we would like to give her a chance to speak about funding and the arts,’” she recalls.

Wanting to “bridge differences”, Gillis decided to accept the invitation. She waited in a small room with a TV monitor when her interviewer appeared on the screen. Gillis said Erickson reassured her that it would be a respectful interview:

What followed was a lengthy bashing and belittling of Gillis, and by extension, the entire arts community.

“It was just an attack,” Gillis said. “She just didn't care what I was saying … I've never done an interview where they don't come back on to say thank you very much. I sat there in this little room. Nobody came in, nobody came out and I sat there for about 10 minutes just going: wow, that was an attack.”

Stunned by the hostility of her interviewer, Gillis nonetheless sensed that there was more to it than just a deeper context for this attack, and said she does not resent Erickson. She believes that the journalist was merely doing her job, following the orders of someone higher up the ladder.

“She had someone speaking in her ear the whole time, people telling her what to do and what to say,” said Gillis. “I have no animosity towards her.”

So who are the people pulling the strings in this interview? Is it simply a TV producer desperate for ratings? Or could it be someone much higher up, such as the Prime Minister?

It’s no secret that The Sun is a right-wing news agency with deep ties to the Harper administration. Its Vice President, Kory Teneycke, is the combative former communications director for Stephen Harper. Described as the “spiritual leader” of Sun News, he pushed for a news network that would help push Conservative policies to wider public acceptance.