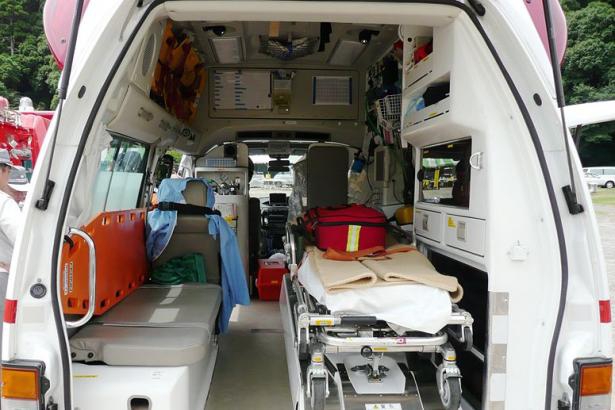 The Private Member's bill would allow firefighters, EMTs, good samaritans, and other emergency responders who are exposed to bodily fluids in the line of duty to compel the person whose fluids they were exposed to to undergo a blood test.

An editorial in the Victoria Times Colonist describes the intent of the legislation as follows:

Suppose you are involved in a car crash, and some of your bodily fluids spill onto an ambulance attendant. Emergency medical technicians wear protective clothing to guard against such spills. But occasionally, perhaps due to a tear or puncture wound, the safeguards fail.

In these circumstances, a private member's bill drafted by Letnick would empower the EMT to demand a blood test, with or without the victim's consent. The results would be disclosed to both parties. The test would focus on communicable diseases, like hepatitis or HIV.

Ambulance Paramedics of BC, the union that represents more than 3,600 paramedics and emergency dispatchers in B.C., support the bill.

The union says their members are often forced to go on medication after coming in contact with bodily fluids because they can't trust patients to reveal (or even know) if they have a communicable disease.

"Too often Paramedics suffer exposures such as needle stick injuries or blood splashes from patients who are unwilling or unable to disclose blood borne illnesses. Such exposures can result in unnecessary prophylactic drug treatment, anxiety and stress to you and your family," reads an open letter from the union.

But groups like YouthCo AIDS Society are concerned that forcing people to undergo unnecessary blood tests would jeopardize patients' rights to privacy and bodily integrity guaranteed in the Canadian Charter of Rights and Freedoms and only increase stigma and hysteria around the transmission of HIV and Hepatitis-C.

The Times Colonist editorial sees the concern of EMTs as legitimate, but questions the penalties imposed for non-compliance with the bill:

Physicians fear this kind of legislation destroys the essential element of trust between doctor and patient.

Not only does the bill compel an invasive medical procedure in circumstances where the victim may be blameless, it criminalizes a refusal. You can be fined $10,000 and spend six months in prison for declining to co-operate.

The bill would also give the Lieutenant Governor in Council the power to enforce regulations on:

The BC Civil Liberties Association doubts mandatory testing will help prevent the spread of disease. In an open letter the BCCLA argues many emergency responders exposed to bodily fluids would still require anti-retroviral therapy due to imperfect testing procedures, the amount of time it could take to compel someone to provide a sample and time it takes to process that sample.

YouthCo also points out that the bill doesn't clearly define what constitutes "contact" with bodily fluid, and that not all types of contact actually carry the risk of disease transmission.

The bill will receive a second reading when the legislature sits next. At that time amendments may be made. But if an election is called this fall, the bill may die completely. For now YouthCo is collecting online signatures for a Change.Org petition directed to MLAs, asking them to vote against the bill.

See more
Why women are angry over the Missing Women's report
At International Women's Day event, Judy Rebick examines feminism in the age of Occupy