From fisher to chef: BC spot prawns are delivered to YEW 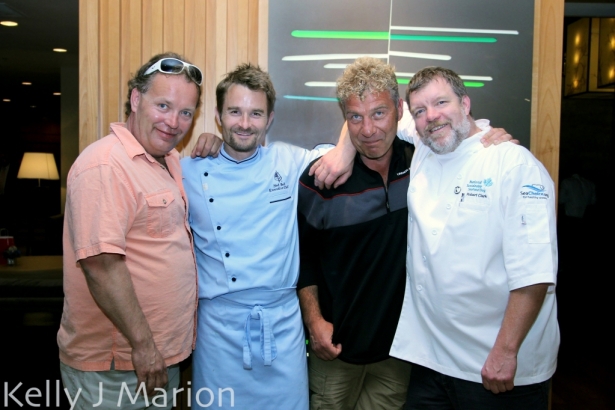 If the spot prawn had an ego, it would be heavily stroked; it was coined “Ingredient of The Year” by Vancouver Magazine in 2008 and is touted as a "Best Choice" seafood by SeaChoice and OceanWise. Not to mention, that it has been told countless times how delicious and versatile it is. 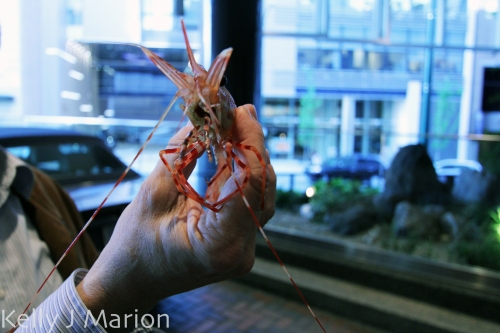 While you can buy frozen BC prawns year round, it isn't until May that fresh, wild, BC spot prawns are "in season". To celebrate the arrival of these odd-looking sea creatures, I joined a small group of media representatives for a dinner at YEW restaurant prepared by two notable sustainable seafood advocates, Chef Ned Bell and Chef Robert Clark. A huge blue bin of quivering prawns were delivered to the restaurant by the Organic Ocean boys, Steve Johansen and Frank Keitsch. 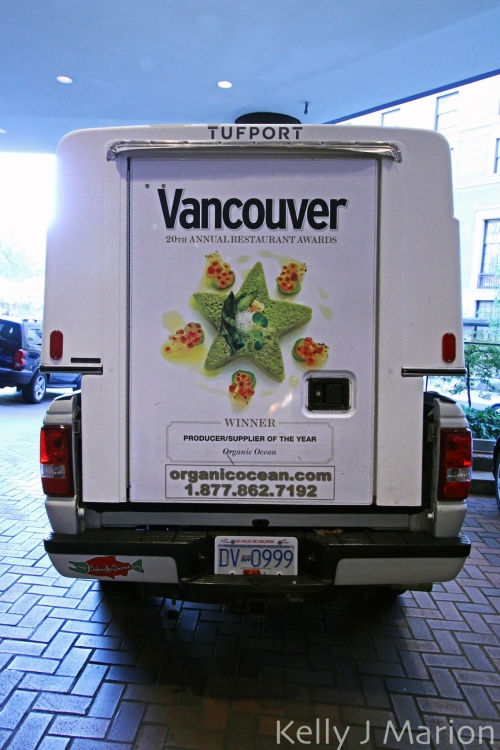 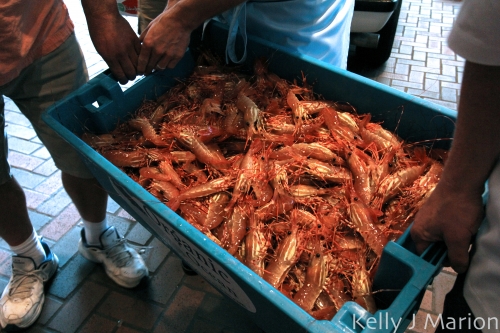 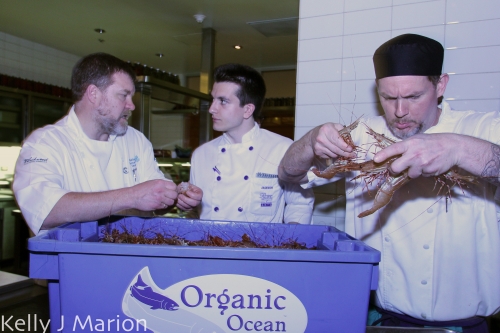 According to Chef Robert Clark, former Executive Chef at C Restaurant and future owner of The Fish Counter, 99% of prawns come from Thailand. Whether your motto is to eat, drink and be local, or you're at least conscious of where your food is sourced from, this is an alarming percentage.

It doesn't help that we have a short prawn season in BC (from May to June), but Vancouver folks certainly make the most of the brief 'fresh from the fisher' time frame. From the Chefs Table Society of BC's Annual Spot Prawn Festival that continously sells out and a series of BC Spot Prawn Boils at Campagnolo, to a delicious dinner at YEW Restaurant with spot prawns starring in each dish.

Before my dinner at YEW I sipped on a special BC Spot Prawn Cocktail.... 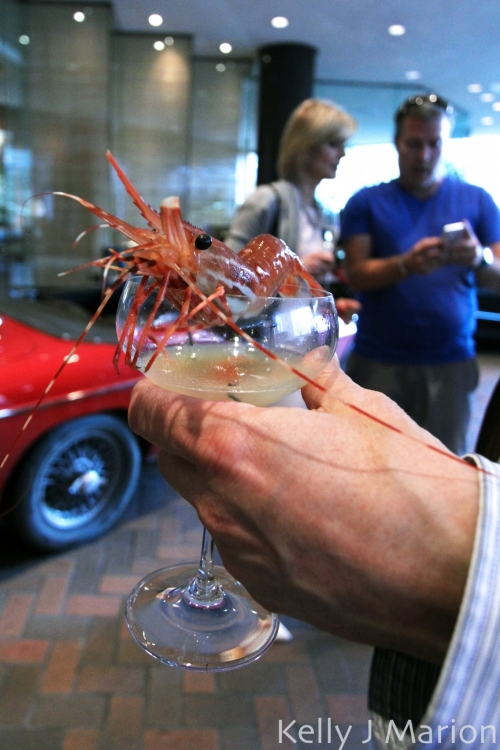 (They wouldn't do this to me, the actual cocktail -- made especially for the event -- is here) 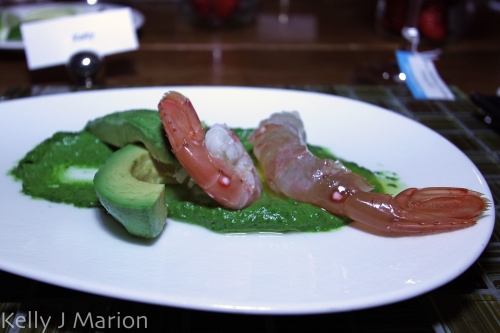 Ned makes his Green Goddess dressing by ditching the mayo and opting for olive oil with a variety of fresh herbs instead. The sauce, that typically accompanies seafood, paired unsurprisingly well with the spot prawns, coating them with a tangy and smooth taste. Well many love them raw (Frank told me he always gobbles them up will asea) hearing that it twitched on my neighbour's plate made me a tad squeamish and put off. I tried it, but I didn't love it. 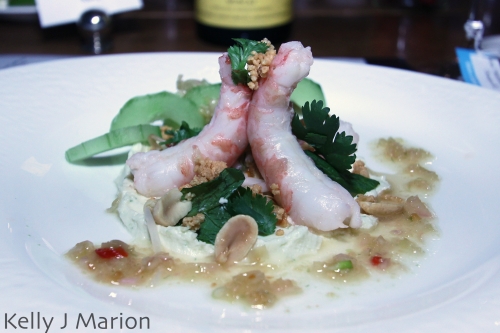