Youth tired of being "tokenized" in Vancouver municipal elections: COPE board member 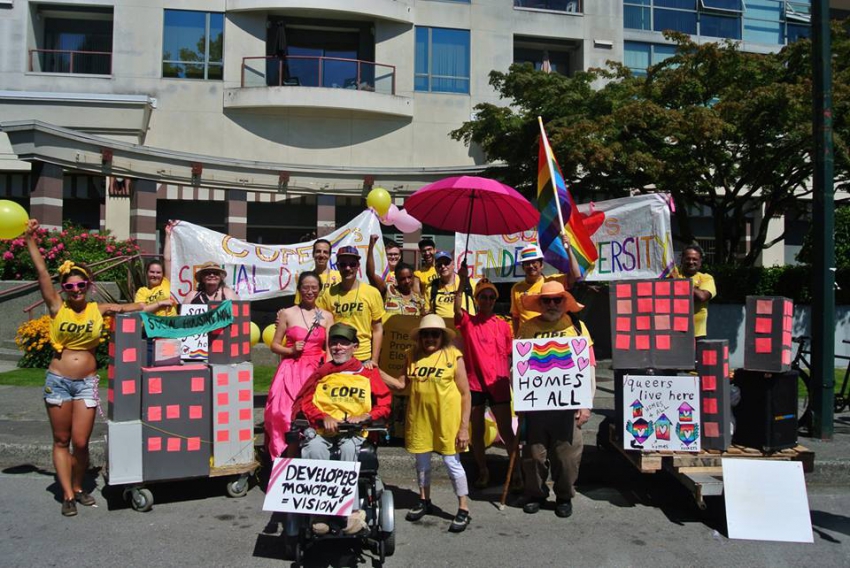 Photo of COPE at 2014 Pride Parade

As a young, politically active woman in this city, I am tired.

I am tired of being used as decoration for partisan campaigns. I am tired of being asked to attend press conferences and mobilize young canvassers for faux progressive politicians who do nothing to address my concerns about a neoliberal, climate change-ravaged future.

I am tired of seeing twenty-somethings canvas for “affordable housing” with Vision Vancouver when Vision is the reason they spend more than half their income on rent. I am tired of watching Vision and the NPA claim they want to hear youth voices when, ultimately, they only listen to developers.

As a young person, I am tired of being tokenized at every single level of politics in this country.

Youth are often dismissed as “apathetic.” For the past few years I have fought against that framing and tried to prove myself as an exception. However, it’s hard to ignore the hypocrisy when centre-left politicians pat me on the back for “breaking the mold”.

Earlier this year I was almost ready to give up on parties entirely. However, deciding I could give it one last shot, I trusted in the experience of my friend Sean Antrim, and in May I joined the Coalition of Progressive Electors (COPE).

At my first COPE Communications Committee meeting, I debated the merits of different slogans and framing tactics with long-standing committee members. Within the first month, I helped write op-eds and press releases that went viral on social media, and I was given access to the COPE Twitter account and Facebook page.

Two months later, at age 21, I became the youngest person ever elected to the Executive. In the speech that got me elected, I talked about the need to meaningfully engage with youth in order to be a truly inclusive and successful party. I also talked about feeling, for the first time, like I had found my political ‘home’. That message resonated with the COPE membership, and I sit as a Member-at-Large on the board of directors today.

While parties like Vision and the NPA run flashy campaigns to encourage tokenistic youth participation, COPE engages youth on our own terms. I can see the concerns of young people and our dreams for a better future reflected in the COPE platform and membership.

Many of the policies in the COPE platform were developed by people under 30, including the Sanctuary City policy, the transit policy, and most, if not all, of the housing policy. Four of the candidates on the COPE slate are under 30, and the youngest candidate is only 21. In COPE, the voices and concerns of young people are solicited and respected in a way I never imagined was possible within partisan politics.

So I, and a team of other young activists called Youth Rise Up, will be throwing our weight and our volunteer hours behind COPE. We will be fighting alongside Meena Wong to bring a party to power that respects youth perspectives and tackles youth concerns. We will be calling bullshit on a Mayor whose youth engagement policy consists of DJing at club nights.