WILDFIRE-FIGHTING: Truths learned on the frontline of an adrenaline-fueled job

Wildfires consume media attention at this time of year but much of the day-to-day realities of fire-fighting is overlooked. 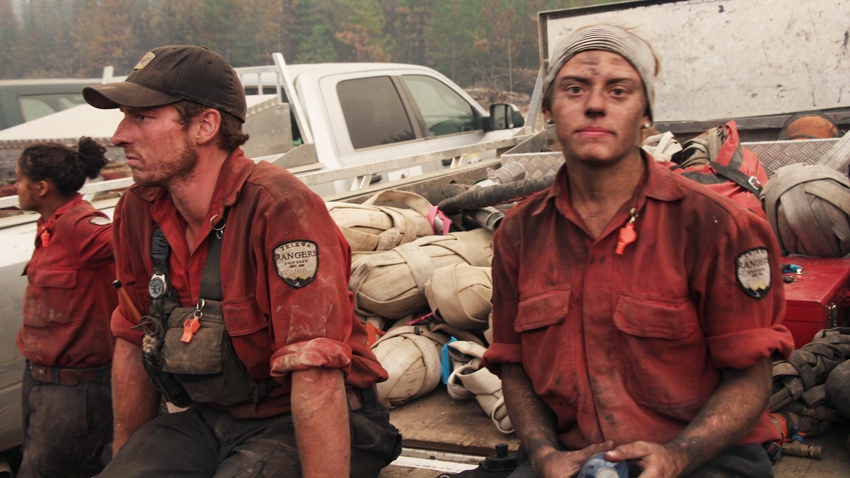 This year marks the first time in nine years I didn't go back to my spot in line on the forest firefighting crew I was part of in Northern B.C.

It’s been odd watching these B.C. wildfires from a distance, cresting in July on the south coast and now running amok in the Southern Interior, inflicting more damage than the province has seen in several years.

The media coverage and the political discussion around how to fight fires has been thorough. But stories and patterns emerge on a season like this that get overlooked.

Here’s what happens on the fire line that you don’t hear as much about:

'Bring back the Mars'

... said people who like action movies but not statistics.

It’s pretty obvious by now: Getting rid of the Martin Mars wasn't a terrible mistake and bringing it back isn't the solution. It’s such a headache for those working in wildfire that the phrase “bring back the Mars” is a sort of inside joke poking fun at the most ignorant of internet commenters.

The fleet of air tankers the government runs now are more efficient in terms of cost and in their ability to sedate a wildfire. They can make several passes over a fire within the space of an hour and they can carry fire retardant or water in their tanks — none of which the Mars was capable of. That's not to say the Mars is completely useless, it can still put water on fire. But it's too expensive and too inefficient to be the primary option for the government.

Not all help is equal

When B.C. calls in crews from Ontario, or the military, or any other number of resources, it's not the godsend the media makes it out to be. I've worked with crews from around the world and have found the best help comes from the U.S., Australia and Alberta.

Any crews brought in from east of Alberta aren't quite the same. It's not that they're bad at their job in their home province, it's just different in places like Saskatchewan and Quebec. The fitness standards are lower and, unless you're working north of Prince George, the forests in B.C. are nothing like the black spruce that out-of-province crews are used to.

Most out-of-province crews are similar to the Martin Mars: they are bodies that will spray water at fire, but they're not the most efficient machines.

The program isn't too small

There are 30 unit crews in B.C. That's 30 crews with 20 firefighters on each crew. Roughly the same as the active roster of every NHL team dedicated solely to forest firefighting.

Considering there were three government-employed unit crews in 1988 and 25 when I started in 2006, 30 seems like a lot.

On slow years there are too many and on busy years we could never have enough. It's a Goldilocks situation and I think the wildfire branch is still trying to figure it out. I believe it would work best if we had closer to 20 unit crews in BC and could fly in more qualified help when we need it.

It's terrible, yet not surprising, that a faller was killed on the Sechelt Mine fire this year. But it's not because of poor practice or a lack of standards. Falling has always been one of the most dangerous jobs in the world and falling burning or burnt trees only heightens the danger. The contract fallers the Ministry brings in are smart, seasoned fallers. The Ministry's falling program is getting stronger too and their plan is to have the program recognized across all industries in the near future.

In my time on a fire crew there were more than a few close calls. With so many firefighters out in dangerous, recently burnt forests every year — many of them inexperienced — something was bound to happen.

Adrenaline is an added fuel

The last season with a province-wide fire bust (multiple fires started by lightning) like the one B.C. just experienced was in 2009. I remember pulling up to a fire burning out of control on a mountainside near Sun Peaks ski resort. The only resources available were some anxious loggers and two Kiwi firefighters fresh off the plane from New Zealand. That season was one long, exhausting adrenaline rush. For fire crews, a lot of experience is gained; you can learn more in one busy season than you would in 10 slow ones.

A funny thing happens on these seasons as well: Crews get antsy when they're not working where it's hottest. For every crew assigned to battle an active fire burning near houses, there's another crew banished to patrol some knocked-down hinterland blaze that only needs to be monitored in case anything weird happens.

In 2009, as soon as a fire we fought calmed down, we could literally look across the valley at the next target, but would be stuck where we were for several more days.

The American way is more lethal

I was in the dinner line on a fire in Idaho several years ago and one of the cooks had a baseball cap covered in pins. I thought it was odd and asked what the deal was. Each pin was for a firefighter killed in the States that summer.

The Stickpin fire in Washington State, now a short jog from the B.C. border, could see the meeting of American and Canadian crews. I’ve been to the U.S. to work and it’s different there. Temperatures are hotter, populations denser, and attitudes are more the “stand your ground” rhetoric that miffs most Canadians.

We probably didn’t try as hard as the Americans would have to save those homes in Rock Creek, but far less firefighters are killed in Canada. I’m glad this is our approach. Losing a home is a tragedy but it’s nothing compared to losing a life.