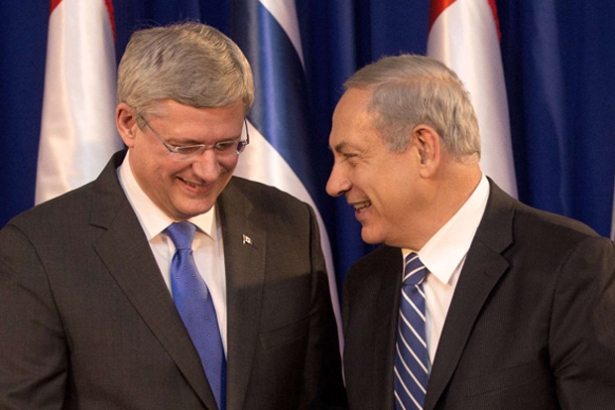 Do religion and politics mix in Canada?

The recent love-in between Canada’s Prime Minister and Israel's arch-conservative leader, Benjamin Netanyahu, has begun to fade from our Sochi-saturated minds. But the importance of this exercise in foreign policy will last long after the Olympics are over. As most Canadians plan to sit down and watch the athletes, officials, and the increasingly controversy-bedevilled Russian authorities, it's worth reflecting on what Stephen Harper did -- and why -- when he went off to a rapturous sojourn in the land of the Bible.

Stephen Harper's devotion to Israel began long before he boarded the plane. It began years ago, and culminated, just before he left, in a lavish supper in Toronto at which the Stephen Harper was the honoured guest. 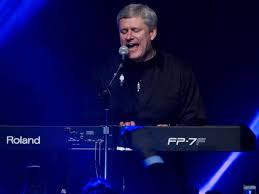 Stephen Harper’s entirely uncharacteristic outpouring of warmth and emotion around the trip was and is at odds with his generally cold, resistive and truculent behaviour when in his own country.

This warmth has had an impact on Israeli politicians, if not on the rest of the world.

During Harper’s first-ever visit to Israel, Prime Minister Netanyahu repeatedly described him as “my good friend”, with body language that indicated emotional openness and an almost maternal concern for Harper’s comfort and well-being. Harper’s demeanor, in numerous YouTube videos, is very much that of a blissful pilgrim.

Why is Harper’s heart so open in a faraway country, but so closed off to most of his own citizens?

At an obvious policy level, there is no rational explanation for what is going on. Apparently, “even thick-skinned veterans of the Israeli government find themselves hard pressed to explain why Harper is so supportive.” No other major world leaders, including President Obama and leaders in Europe, share this almost ecstatic connection to what Harper has called the “sacred” state of Israel.

But delving into the Prime Minister’s religious background goes a long way to explaining the otherwise inexplicable.

A quarter century ago, Stephen Harper precipitously left the United Church, at about the same time his father did so, according to journalist Marci McDonald's The Armageddon Factor. They both left when their former spiritual home explicitly accepted gay and lesbian ministers. The Church's action indeed led to a sharp and angry anti-gay backlash among many doctrinaire Christians.

Harper soon joined another religious body, the Christian and Missionary Alliance. This organization, which has no patience with homosexuality, or abortion, began not as a church but has a coalition of proselytizing religious groups.

The Christian and Missionary Alliance (C & MA) was founded in 1897 by a Canadian, Albert Benjamin Simpson. Simpson left Prince Edward Island, and later the Presbyterian church in which he had begun his career, because he was drawn to the American scene and in particular to the opportunity for “… aggressive evangelism of the unchurched”.

The singular and undiluted purpose of the C&MA was, and still is, to carry Christian teachings all over the world and to convert “unbelievers”.

For example, during the Great Depression, the C&MA was focused, not just on how many down and out people it helped, but on the fact that it had succeeded in establishing a considerable number of new churches. “C&MA treasurer William Christie… stated in his report that he looked at the Depression as an opportunity to reach the world for Jesus because people who had nothing were open to the gospel.”