OPINION: Why Liberal MPs in BC should resign if the Kinder Morgan pipeline is approved 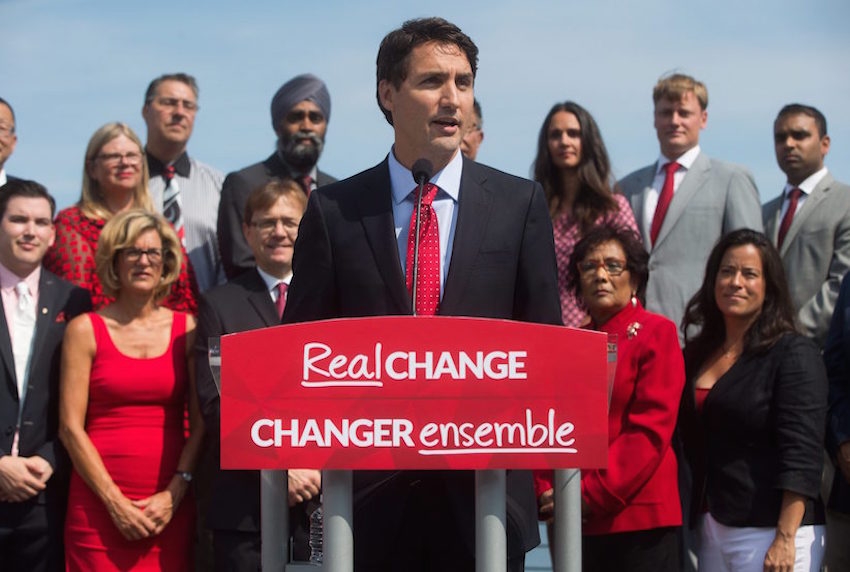 In August I wrote a letter to my MP, Joyce Murray, outlining why I believe she and other Trudeau Liberal MPs in BC need to resign if the Kinder Morgan pipeline is approved by Cabinet.

The reasoning in the letter is clear: this government was elected on a series of very significant promises to the BC electorate that will be broken by approval.

With such a serious breach of trust, MPs will no longer enjoy the confidence of their constituents and therefore can no longer do their jobs effectively - they should resign immediately.

With Kinder Morgan approval, the credibility of the Right Honourable Joyce Murray and other Liberal MPs in BC such as Jody Wilson-Raybould, Harjit Sajjan, Pamela Goldsmith-Jones, Terry Beech, Hedy Fry and Ron McKinnon will be destroyed.

Indeed, one cannot but question the legitimacy of all 17 Liberal MPs in BC as this region’s representatives.

The list of related election promises broken before and on approval by the Trudeau Liberals is extensive and well known to many but bears summarizing here. The Liberals promised:

After the go-ahead for Pacific LNG at Lelu Island and Woodfibre at Squamish, and after countless petitions, letter campaigns and meetings, the approval of the Kinder Morgan pipeline sends a clear message to Canadians – real action on climate change is not coming from your government.

The only effective options now to protect your communities, your climate and your children’s futures lie with courts shown to favour corporate rights  - and with civil disobedience.

Already, planning is in the works to set the power of police and other state apparatus against Canadians to protect the interests of a foreign multi-national corporation (Kinder Morgan is “deep in conversations with policing authorities, RCMP” - CBC Nov.5, 2016). For putting their constituents in this position, if for no other reason, resignation is required of MPs.

I have attended many town halls about climate change put on by Joyce Murray and some by other MPs. Across the country, the message was clear, building huge new fossil fuel infrastructure and locking in massive CO2 emissions for decades to come is inconsistent with effective climate action.

Should the Kinder Morgan pipeline be approved in the coming days, it will be clear that Liberals in BC were elected on a series of lies.

Both their legitimacy in office and ability to do their jobs with public trust will be critically undermined. For these reasons, all 17 Liberal MPs in BC must resign.