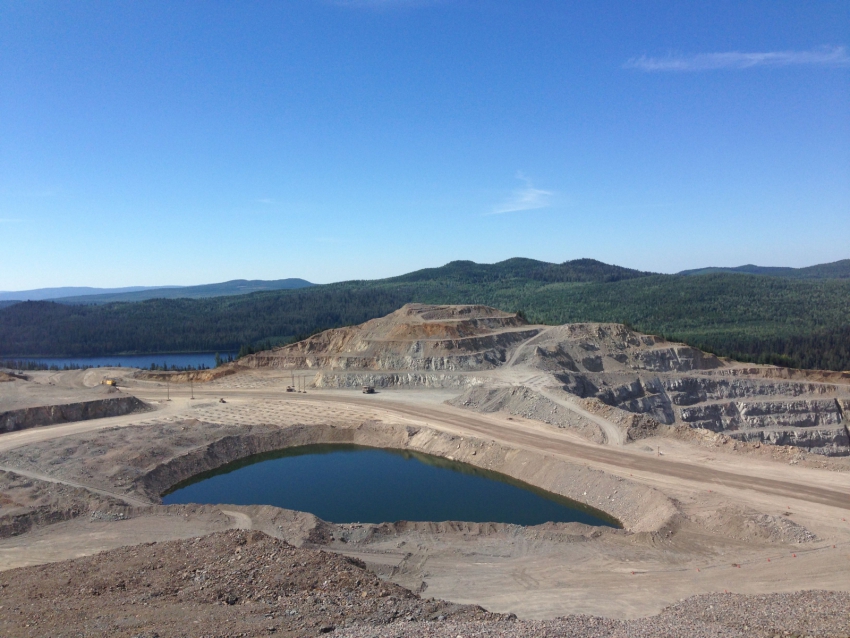 As we pull up to the mouth of the Hazeltine Creek, where billions of litres of mining waste from the Imperial Metals Mount Polley mine spilled into Quesnel Lake on August 4, I’m remembering what numerous locals have recently said: this should have never happened.

All of the warning signs were present that the waste pit for the mine was overburdened: employees raised the alarm, government citations were issued, engineering reports contained warnings.

It shouldn’t have happened, and yet it did.

And now local residents and First Nations will shoulder the full, long-term burden of the accident on the environment, the significance of which won’t be truly know for decades to come.

If you visit the town of Likely, B.C. (which you should because the entire region, much of it unaffected by the spill, is stunning and the locals beyond hospitable) you’ll hear a lot of support for the mining industry, but a growing frustration over irresponsible management and lack of oversight.

British Columbians should know, however, that less oversight and regulation is exactly what is being promised to the extractive industry at both the provincial and federal level.

In June Christy Clark recently congratulated Bill Bennett, B.C.’s minister of energy and mines, for ridding industry of ”red tape” surrounding new mining projects. According to a mandate letter, over the next year Bennett is expected to “encourage mine development across the province” and work with the Ministry of Finance to extend new mining allowances.

Bennett is also expected to “support the development of new mines and major mine expansions by working with industry…to ensure that BC’s mines permitting process is the best in Canada.”

On the federal level changes made to Canada’s environmental legislation in the infamous Omnibus Budget Bill C-38 also pave the way for less regulatory oversight as well as fewer and less-robust environmental assessments before projects are built or expanded.

The new legislation also makes it very difficult for citizens to participate in hearings (if hearings are even open to the public, which isn’t the case for the Kinder Morgan Trans Mountain expansion) where their testimonies can play a role in discussing the feasibility and desirability of a project in a specific area.

Under the new laws permits, like the ones Imperial Metals was obliged to obtain in order to expand mining operations at Mount Polley, can be approved without an environmental assessment. New mining projects and expansions are now positioned to occur without due scientific and environmental review or public input.

That means local residents will have less information and less say in the decision-making process about projects that stand to affect them the most.

The city of Kamloops is currently fighting the proposed Ajax mine, a mega gold and copper mine that would not only operate a massive tailings facility mere kilometres from the Coquihalla Highway but would be built directly on top of the Kinder Morgan Trans Mountain pipeline.

An accident of the scale at Mount Polley would be catastrophic so close to the city limits of Kamloops, the tournament capital of B.C.

In B.C.’s 2012 Mining Strategy, Christy Clark said the province is on track to meet its Jobs Plan target of opening eight new mines and expanding nine others by 2015.

The promise of expanded mining in this province is being made before appropriate public consultation and environmental safety reviews, not to mention adequate First Nations consent.

The push for industrial development appears top priority, no matter what the social and environmental costs.

Similarly the province is pushing for new oil pipelines and LNG projects that communities have explicitly fought to prevent or, in some cases, voted against.

The residents of Likely, just like many other British Columbians, have high expectations for both government and industry. But with the collapse of the tailings pond wall has come a collapse of trust, something I hope our provincial government and Imperial Metals will work overtime to rebuild.

If the breach of the Mount Polley tailings pond can bring anything into sharper focus for British Columbians, it is that our relationship with industry in this province is heading in the wrong direction.

If we want to avoid the caution tape, we’re going to have to rethink our perspective on red tape.

Industry needs productive, safe and enabling parameters to work within and British Columbians deserve to rest assured that our business leaders and elected representatives are engineering those limits right – with a foundation much stronger than that of the Mount Polley tailings pond.