Who could have saved the children? 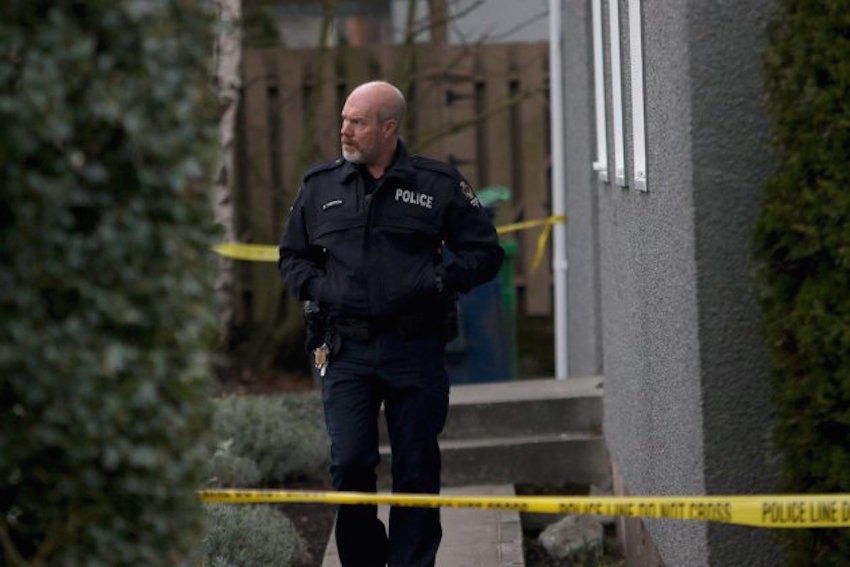 Police officer leaving an apartment in Oak Bay where the bodies of two children were found. Photo courtesy The Canadian Press.

It’s been just over 10 years since the murders of Christian Lee, age 6, and his family by his father in Oak Bay, BC. The subsequent inquest and jury recommendations made to the Solicitor General, the Attorney General, the Ministry of Children and Families and the entire Provincial Government resulted in Domestic Violence Action Plan with a ‘renewed effort on enhancing and integrating the response to domestic violence by justice and child welfare system partners’.

A year later Allan Schoenborn killed his children Kaitlynne, Max and Cordon ages 10, 8 and 5. The government responded this time with millions to establish a stand-alone Provincial Office of Domestic Violence (PODV).

And now we read the heart-stopping news of the filicides of Aubrey and Chloe in Oak Bay over Christmas. Their father, Andrew Berry, who is charged in their deaths, scores high on all the known risk factors. Oak Bay Police, Provincial Crown Counsel, the civil lawyers, the Supreme Court Judges, and social workers were all aware of the known risks and many of the specific terrorizing behaviours of Andrew Berry. What went wrong and what are we to do now?

I work in a busy urban transition house and rape crisis centre – the oldest in the country. We receive over 1,200 calls a year from women escaping abusive men and we know exactly what to do based on what these women have told us.

Our answer echoes what the 18,000 women who stay in transition houses and safe houses each year in BC say. We have one answer to this hideous mess and it’s the same recommendation for all of the government agents involved. It will cost the Province nothing. It can be implemented today and individuals require no training nor instruction to implement it.

We should be very clear so that there is no confusion: Andrew Berry is the only one charged for the deaths of Aubrey and Chloe and the only individual man ultimately responsible for the life-long sentence of grief cast on Sara Cotton, their mother.

Our front-line solution is simple and is easy to implement. There may be some backlash, some complaints, some court cases likely will be appealed. But there will be great rewards. Here it is: Believe her. That’s it. That’s all the state agents have to do.

When we say ‘’believe her,’’ we mean you have to actually believe that some men hate women so much that they kill. In BC, 15 women were killed in 2014 by their husband or male lovers. That is more than one wife-murder a month. And sometimes, men kill their own children too, with the only intention to make the mother suffer for the rest of her life.

If social workers and justice professionals fully faced this fact and believed a woman when she said there was past abuse, then they would take her concerns very, very seriously.  They would have to think the unthinkable and take precautions for a worst-case scenario.

They would have to err on the side of caution. Over respond with protection. Risk the possibility that an innocent father might have less parenting time, supervised access or no contact at all because that is a safer bet than risking her murder or her children’s murder.

There is no way anyone can ever say with total certainty which man will kill and which one won’t, even from the men that raise all the red flags on the risk assessment tests, like Berry did. But that is exactly why they have to respond to every woman that exposes male violence as though this man could.

That’s why justice professionals and social workers have to make it an over-arching principle to believe her, take her side, stand with her and take all the necessary precautions. This is what “the best interest of the child” should mean.

Police officers, social workers, and lawyers and judges have to take these extra security measures, even when the individual woman isn’t necessarily asking for them directly. They have to go above and beyond because not only do they have a personal, human obligation to women and children to stop the violence of individual men, but because they are the only ones with the power and the means to do so.

How do we make this happen? Acknowledging the incredible efforts of Sara Cotton to protect her children over and over again in spite of so many that failed her is a start. I know that friends who have supported Sara now with love and kindness are also where to begin.

The public mourning of thousands on the street in Oak Bay was another step.

But to actually transform this situation, all of us from every which way must insist that our provincial institutions believe her.