What's charitable status, and why is Harper's Conservative government obsessed with limiting it? 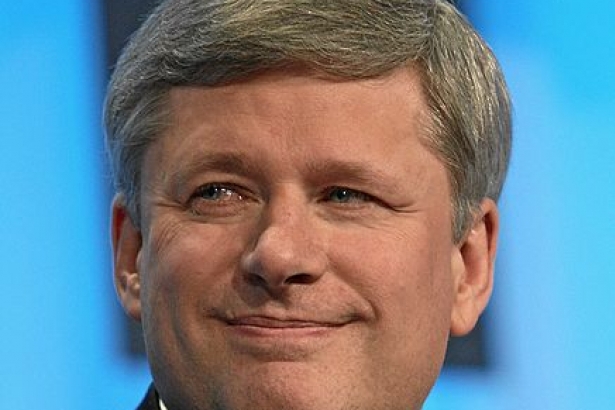 Some of you may have heard that Physicians for Global Survival (PGS) recently lost its charitable tax status.

After one year and $5 million, the CRA, under Prime Minister Stephen Harper’s express orders, and after having scanned 880 organizations previously granted charitable status, found one that broke the rules for legally defined charitable behaviour.

PGS, a non-profit medical organization with a 30 year history of working to “abolish nuclear weapons – and to strive for “non-violent conflict resolution”, “social justice”, and “a sustainable world” was stripped of charitable status on July21, 2012 by Canada Revenue.

PGS is an affiliate of International Physicians for the Prevention of Nuclear War (IPPNW).

In 1985, IPPNW – and hence PGS – won the Nobel Peace Prize because of its advocacy for the abolition of nuclear weapons.

The CRA website is vague about why it actually took away PGS's charitable status.

Since programming from the organization had not changed for several decades, it was not clear why the government became convinced that:

"Physicians for Global Survival … has not been established for exclusively charitable purposes and has not shown that it devotes all of its resources to exclusively charitable activities. It is our position that the Organization's original purposes have been overshadowed by its promotion of and involvement in political activities which are neither ancillary nor incidental."

In a letter, the CRA calculated that  26% of PGS’s programming and activities had been non-charitable.

However in a letter dated Feb. 22, 2011,  CRA had offered a more specific reason for its decision.

It told PGS that the promotion of nuclear disarmament was "considered to be an unstated collateral political purpose… in our view, such a purpose was not charitable under the advancement of education or under other purposes beneficial to the community deemed by law to be charitable.”

So what are the actual rules that determine who has charitable status, and why?

How can an organization given a Nobel Prize in 1985 be declared, a little over 25 years later, so reprehensible that its ability to give out charitable tax receipts to donors has to be snatched away?

The answer to these questions lies in the distant past. Charitable status has a murky and  complex history.

One of the best summaries of how charitable tax law works, and also of how it doesn't work, is an article written a few years ago by a librarian  at the Library of Parliament.

Andrew Kitching of the Law and Government Division of the Library wrote Charitable Purpose, Advocacy and the Income Tax Act. In it he lays out the history of the legal definition of "charity", and of charitable organizations.

Perhaps you, like me, were baffled by Stephen Harper’s recent requirement that all federal librarians and archivists clear their comments through PR staff in the Prime Minister's Office. Read this perceptive critique of charitable tax law, and you’ll understand exactly why a secretive Prime Minister wants to muzzle library staff.

Let's start with the definition of a charitable organization, because that’s the easy part.

A "charitable organization" is a body which has been given two special financial privileges.

First, it does not have to pay taxes on money given to it.

This much is clear.

But the history of the legal definition of “charity” is anything but.

Canada’s charity definition is  based on an enactment from the British Statute of Elizabeth. It’s actual short title is the Statute of Charitable Uses, 1601,  and it was passed  two years before the death of Queen Elizabeth.

Its more revealing full name is "An Acte to Redress the Misemployment of Landes, Goodes and Stockes of Money heretofore Given to Charitable Uses".

This title, despite the antiquated spelling, shows the Statute's real purpose.

In the context of Elizabethan England, this act was essentially designed to lay out rules for the maintenance of social order, and in its text, to pass some of the responsibility for maintaining those rules to society at large.

The Preamble of this Statute has become the basis for almost all charitable law in English-speaking countries such as Canada, Australia, New Zealand and of course Britain itself.

The preamble defines charity (using modern spelling) as the: