With the Green party holding the balance of power, for now at least, last night’s results may be good news for BC’s public schools and students. 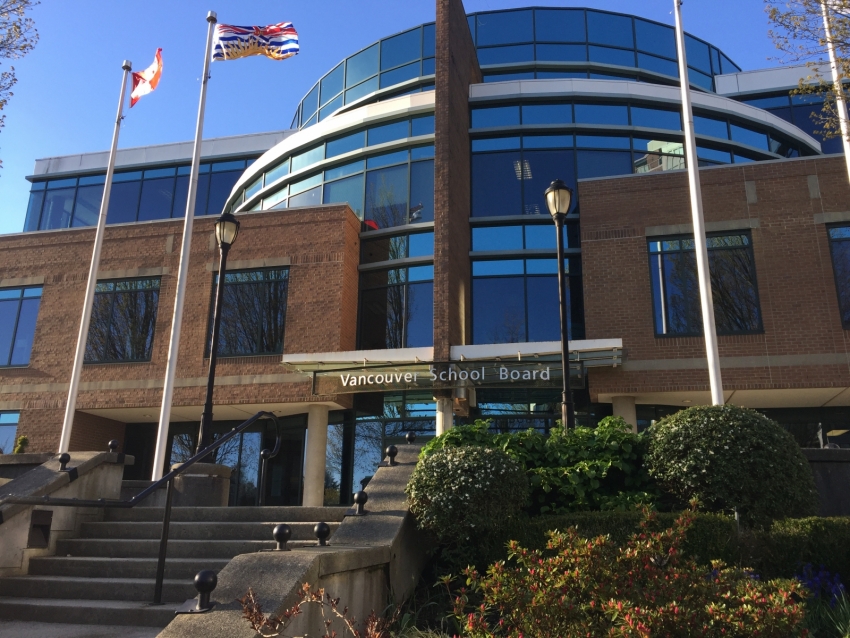 THIS COLUMN WAS UPDATED ON JUNE 14, 2017 to include a comment from Janet Fraser.

This election morning after feels weird but familiar.

I spent the day after the 2014 Vancouver School Board (VSB) election thinking about what a split board would mean for the coming term, with a Green in the middle between four Vision Vancouver and four Non-Partisan Association trustees.

Vision had the same number of seats — four — we’d had after the 2008 elections, but that time the Coalition of Progressive Electors (COPE) had three and the right-leaning Non-Partisan Association (NPA) had two.

I was optimistic about those 2014 results — at first, assuming we’d do something similar.

The Green party school-board platform had a lot in common with Vision’s, and many of our supporters let us know they’d also cast a vote for the Greens, who’d run two candidates — Janet Fraser and Mischa Oak — assuming we’d work well together.

While Vision took four of the top five seats on the nine-member board, Fraser placed seventh but Oak didn’t make it.

So I did what I imagine B.C. NDP and B.C. Liberals are doing today — I reached out to the Green trustee (Fraser) to see if we could make a deal.

We met in a coffee shop. I told her about how Vision had worked with COPE and proposed that we work together and support each other. I suggested she take the lead on the Vancouver School Board’s (VSB) environmental sustainability file, and so on.

She said people voted for change and that meant she wouldn’t support me to continue chairing the board, as I had for the past six years. She said voting for me would be maintaining the status quo, despite the fact I topped the polls by a strong margin. She had several other conditions as well.

At the VSB’s inaugural 2014 meeting, Fraser cast the deciding vote to elect Christopher Richardson, a new NPA trustee who’d placed ninth in the election, as chair of the VSB.

After I wrote this column I got a message from Janet Fraser saying she had a different recollection of our discussion. I told her I’d be happy to update this column to add her version. Here it is:

“My recollection of our coffee shop meeting is that we talked in general terms about being trustees but I did not say how I would be voting for Chair or set any conditions to vote for a trustee nominated for Chair.  My understanding was that it would be a ‘get to know you’ meeting, and not a ‘make a deal’ meeting. The reasons for my Chair vote were given after the first VSB board meeting on December 8."

BC Green Party leader Andrew Weaver — arguably the biggest winner coming out of yesterday’s election so far — says the election results were a vote for change. Going by what happened at the VSB, that could spell the end of Christy Clark’s reign as B.C. premier, because supporting Clark in staying on as premier would be supporting the status quo and not respecting voters’ wishes, going by Fraser’s reasoning.

I suspect many Green voters expect Weaver to work with the BC NDP, but the VSB experience leads me to think he could go either way. Time will tell, although I can’t imagine the Greens will risk alienating their supporters at this victorious time by propping up Christy Clark and the B.C. Liberals. And after all, that wouldn’t be the change voters asked for — it would be status quo.

If the seat count holds, this election could be fairly good news for public schools. A B.C. Liberal majority — which is still a possibility once all the votes are counted and recounts completed — would be bleak.