What could the Bank of Canada do to assess carbon risks in our national economy? 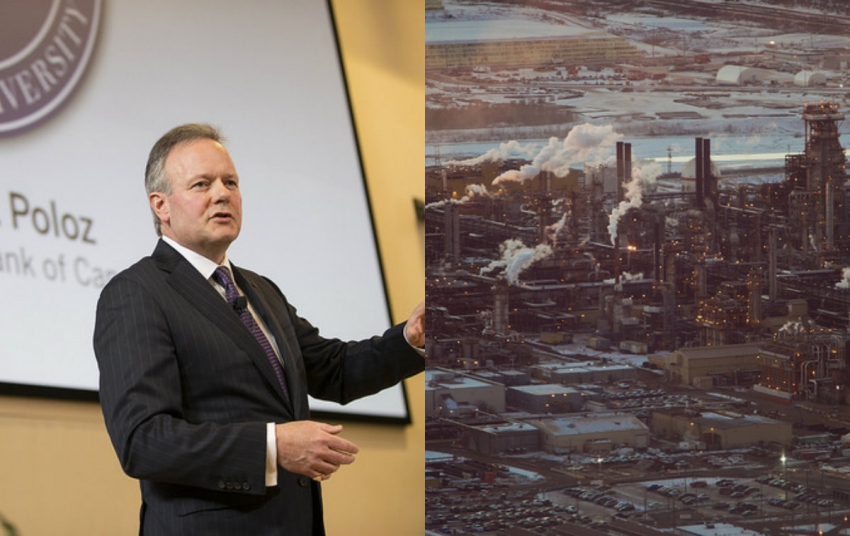 The Governor of the Bank of Canada Stephen Poloz. Photos via Flickr Commons

The Bank of England is proceeding with its review of the risks to financial stability associated with over-valued fossil fuel companies. Shouldn’t Stephen Poloz, the Governor of the Bank of Canada, be doing the same?

If Mr. Poloz and his colleagues were to listen to those who call for careful examination of the structural “carbon bubble” risks posed by an over-weighting in high-carbon oil, gas, and mining assets across the national economy, then what kinds of questions might he and his researchers want to ask?

(1) Look at all of the loans made through the Canadian banking system for fossil fuel extraction projects -- how would repayment of these loans be impacted by a combination lower oil, gas, and coal prices, and a re-pricing of carbon by our major trade partners?

(2) How much embedded carbon – this is the greenhouse gas (GHG) emissions, including carbon dioxide, that result from the production of a product such as oil sands or fracked natural gas - is contained in the reserves of the largest publically traded fossil fuel companies on the Toronto Stock Exchange (TSX)?

(3) Once you have mapped out the embedded carbon held by listed companies on the TSX, then consider whether extracting and burning this amount of fossil fuel would break the national carbon budget– this is Canada’s permitted share of total future greenhouse gas emissions if we are to keep global temperature increase to below 2 degrees - as agreed to by the international community?

(4) What would sticking to national and international greenhouse gas emissions reductions targets mean for the valuations of these companies?

(5) Is there a risk of carbon‐intensive asset devaluations being transferred to Canadian pensions via their shareholdings in fossil fuel companies? For example, if a carbon price in the US and China leads to lower profits margins or financial losses for Canadian oil sands producers, will this mean that these companies’ declared reserves can no longer be exploited economically, and lead to a fall in share value?

The Bank of Canada could collate all of this information and consider it an exercise in financial prudence. There is no reason for the Bank not to undertake such an analysis on the structural financial risks posed to the Canadian economy of a re-pricing of carbon, or sustained low fossil fuel prices.

Why run such an analysis? Because it looks like the fossil fuel industry is suffering from acute risk blindness with regards to carbon pricing, the risks associated with regional and international climate policy, and advances in renewable energy technology.

If the international community does continue to aim for a target of 2 degree warming, a global carbon budget will be fixed, meaning that much of the coal, oil and gas that companies now consider assets will have to be left in the ground – stranded assets.

If governments do not agree on policy, it is likely that the falling cost of renewable energy in the US and China will have an equally dramatic impact on the balance sheets of Canadian energy companies. Just as the banking industry was wilfully blind to the risks of sub-prime mortgages, large swathes of the economy are overstating the value of their fossil fuel assets, which risks leaving Canada in a parallel “sub-clime” scenario.

Napoleon, carbon pricing and the cost of uncertainty in Canada