Despite losing faith in the NEB's hearing on the Trans Mountain Pipeline Expansion Project, Vancouver city councillor Adriane Carr is compelled to participate in order to register her strong opposition. 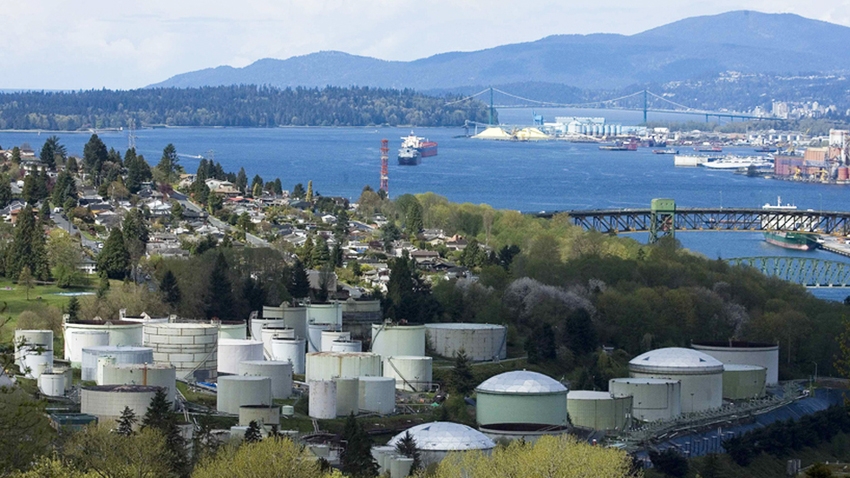 The near tripling of the capacity of the Westridge Terminal would mean an estimated 520 tankers a year that must pass through the Second Narrows in Burrard Inlet, in what is considered by many the riskiest oil-tanker passage in the world.

I am participating in this hearing with trepidation. I have lost faith in the National Energy Board in general, and in your hearing on the Trans Mountain Pipeline Expansion Project in particular.

Failure to consider the broader impacts that this project will have on greenhouse gas emissions is unconscionable and tragic in the light of scientifically-verified and rapidly accelerating global warming (think of the droughts, fires and heat waves in B.C. and Canada this summer). Considering the vast quantities of fossil fuels that the proposed Kinder Morgan Trans-Mountain pipeline expansion project is intended to deliver over its lifetime, its negative impacts on carbon emissions are relevant and are of both Canadian and global significance.

Besides not weighing the overriding climate consequences of the project, your board has done much to limit discussion by not allowing verbal cross examination of witnesses by interveners and by siding with the company’s decision to not fully reveal pertinent information about spill clean up preparedness. Your decision to allow Kinder Morgan to withhold such information is particularly egregious given that authorities in Washington State — but not Canada — have been given the information. Such actions contribute to making this hearing a sham. The public has good reason to be cynical. Like many, I believe that no matter what I or anyone else presents to you at these hearings, you are going to approve the project. How tragic for democracy.

Notwithstanding the frustrations I express above, I cannot boycott this hearing. I feel that it is my duty and responsibility to act in whatever way I can to protect the interests the citizens of Vancouver — where I serve as a city councillor — and my children and those in the future who will have to live with the decisions being made today. Here are my comments for your thoughtful consideration.

I was born in Vancouver, am married and have two grown children who live in Vancouver, too. I own a condo in Vancouver’s West End, a few blocks from English Bay and Stanley Park. My husband and I chose to invest here because of its proximity to the beaches that I played on daily every summer as a child, and the globally-reknowned seawall and park that we use regularly. On a personal level, my quality of life and my property value would be negatively impacted should a spill of diluted bitumen occur either during transport in our harbour or at Westridge Terminal.

Both as a Geographer (MA, UBC) and as a former member of the executive team at Western Canada Wilderness Committee, which participated in the clean-up of the 1988 bunker C oil spill from a barge off Washington State that fouled some of the beaches in Clayoquot Sound, I understand the potential of tides and currents to spread an oil spill and how difficult it is to clean up even only a small percentage of it. Perhaps 15 per cent can be recovered under ideal conditions. The rest persists over many years, with negative impacts on water, marine life, shorelines, and beaches.

I understand, too, the disastrous negative socio-economic impacts that a spill can have. As a co-author of the Globe 90 Sustainable Tourism Strategy and former lead campaigner with the Wilderness Committee, I have expertise in the field of eco-tourism, which relies on maintaining a pristine natural environment. As Vancouver’s first elected Green Party city councillor (re-elected at the top of the polls in 2014) I am deeply concerned about the potential impacts — both short and long-term — of an oil spill on the health of Vancouver citizens and on our city’s reputation and economic well-being.