What's in a name? Hopefully a lot when it comes to choosing the right name for a brand new public school. One person will decide. Let's hope she gets it right. 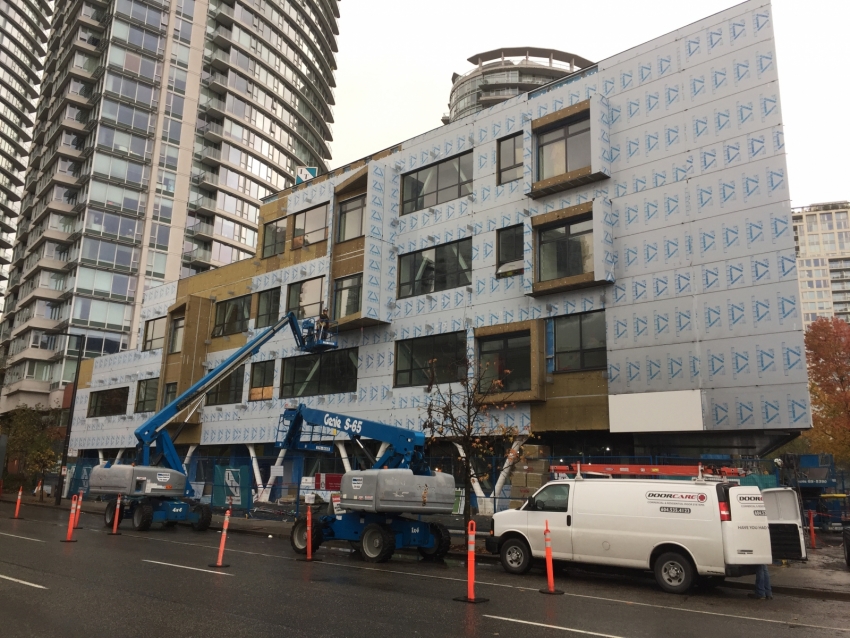 The Vancouver School Board's newest school is nearing completion at the corner of Abbott and Expo Boulevard. The VSB has been referring to it as "the school at International Village" and now needs to choose a permanent name. Photo: Patti Bacchus

One of the first big decisions the Vancouver School Board’s (VSB) government-appointed trustee, Dianne Turner, will make is choosing a name for the district’s new school that is nearing completion at the corner of Abbott Street and Expo Boulevard.

The long-awaited school — temporarily called “The school at International Village”, is scheduled to be opened in time for the start of the next school year and will accommodate up to 520 students from kindergarten to grade seven.

Sitting on the edge of Vancouver’s Chinatown and in the middle of one of the city’s fastest growing residential communities, the brand-new school is ready for its permanent name.

During my eight years on the VSB, I got to cast a vote to decide the name of just one school – Norma Rose Point, a beautiful school on Acadia Road, up near UBC. Rose Point was a well-known and much respected and loved Musqueam elder who was a committed education advocate and supporter. She passed away in 2012 at the age of 78.

In a story about the school's opening, the Vancouver Courier newspaper noted that “Norma worked as education coordinator for the Musqueam Band, was involved in the Native Education Centre and worked at UBC, the VSB and as aboriginal services adviser at BCIT. She was awarded a Diamond Jubilee medal posthumously in 2012 for her contributions to aboriginal education.”

I couldn’t imagine a more fitting name for a beautiful elementary school nestled among trees near UBC on traditional Musqueam territory. I’d had the pleasure of meeting Rose several years ago and she impressed me as a kind, wise and generous person who made a positive difference in the lives of countless children and youth.

It was also wonderful to honour an Aboriginal elder and a female leader, as the majority of Vancouver schools are named after white males, including several Lords, Generals and a few Sirs. British royalty is also already well represented, with schools named after four queens — Alexandra, Elizabeth, Mary and Victoria, along with King George.

Choosing names can be controversial. There were even a few folks opposed to naming Norma Rose Point School. It wasn’t because they didn’t like the name, but rather that they wanted to stick to its temporary name – Acadia Road — as their kids were accustomed to it.

There are other schools named long ago that some now find offensive or inappropriate, such as Sir William Macdonald Elementary in Vancouver at Victoria Drive and Hastings Street.

Macdonald is the home of the VSB’s Aboriginal Focus School and parents there asked the board to rename the school due to objections about Macdonald’s history as a tobacco manufacturer as tobacco is considered sacred by indigenous people.

Which brings us to Turner’s looming decision. The VSB has a policy for naming schools.

It’s gone through that process and it considered a recommendation with a proposed name at its November 14 VSB Facilities and Planning Committee meeting.

The committee members, which include representatives from VSB employee groups, parent and student groups, asked for more time to take the proposal back to their groups for further discussion.

I don’t blame them. The recommended name is “Crosstown.”

Is Crosstown the name of the future or the neighbourhood that "never quite took off?"

The committee report states: “Crosstown is a compact, high-density neighbourhood.

"There are significant upcoming developments for the Crosstown and surrounding areas with the proposed viaduct removal. The intention of the City is that the Crosstown neighbourhood is a connector to Yaletown, Downtown, Gastown and Chinatown.” 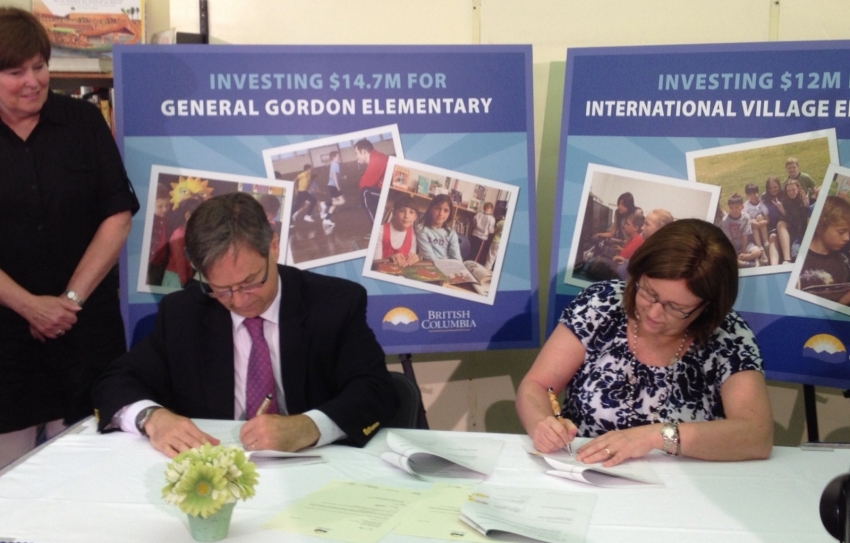