There is a way out: Preventing oilsands health tragedy from becoming Canada's permanent legacy 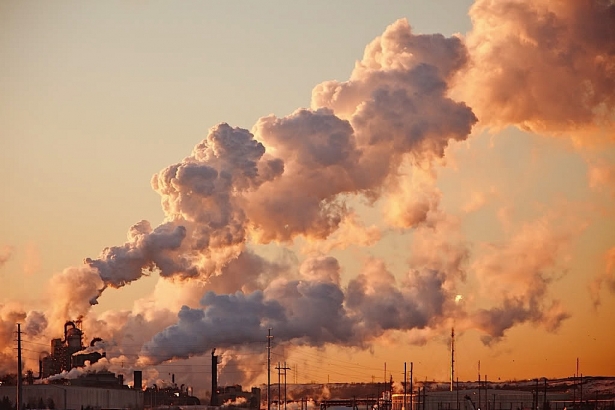 Since I began my medical training I have had the opportunity to have frank, middle-of-the-night-in-the-ER conversations with thousands of Canadians in BC, Quebec, Ontario, Nunavut and the Northwest territories.  Universally, in their vulnerable moments, Canadians want the same thing: health, and happiness for their families.  And they want the same thing for their neighbors.

My community of Yellowknife recently lost a vibrant 7-year old to a drowning accident—the memorial service pulled in over 500 people, and the sense of group loss and love was palpable.  Similarly, the people of Calgary and Toronto have lately pulled together to face natural emergencies—their generosity and willingness to help came across vividly in the pictures and tweets that emanated from the floods.  From all of this, I pull the following conclusion—Canadians are good people, and truly want the best for one another.

There have, unfortunately, been other, longer emergencies, where our actions have not carried our good intent forward into action so strongly.  One such situation is our management of the potential local health effects for people who live around the oil sands.  Another is our stewardship of the potential climate change consequences of increasing carbon emissions from that project.  Both of these have the potential to adversely affect the health of many.  We have tried our hardest to optimize neither.

I first became aware of the issues regarding the health of people around the oil sands as I nursed my first child while looking out at Great Slave Lake from my house on the shoreline.  From my window, I can also see Giant Mine, Canada’s largest toxic site, an arsenic-containing abandoned gold mine within a wimpy person’s stone’s throw of the ninth biggest freshwater lake in the world.  Canadian taxpayers are currently on the hook for an estimated 1 billion dollar clean-up tab from Giant Mine.  Even after spending that great amount, the arsenic will still be at the mine site--just more safely-contained.  As I gazed out the window (breastfeeding gives you about eight hours a day of thinking time not available to the average busy ER doc), I began to wonder if there was any truth to reports I’d heard of another potential Big Huge Mess upstream in the oil sands.  So I did what any nerdy MD with a question and free mental space does—I began a literature review.

I discovered that there was little good-quality data to find.  To my astonishment, there was not a single peer-reviewed study on human health to be found on Pubmed, the MD’s Google.  Other information was not searchable in any database.  There was often no way of knowing that a study existed unless someone happened to mention that it did.  Most information was industry-sponsored.  In my search, I came across the alarming information that Yellowknife is already over 2 degrees celcius warmer than it was 50 years ago.  I also eventually came across a 2009 Alberta Cancer Board report, which did find a higher than expected total number of cancers in Fort Chipewyan, a small community just downstream from the oil sands, at a level of borderline statistical significance.

Discussions with public health officials made it clear to me that on this issue, the dry world of statistics is dramatically important: Fort Chipewyan and all populations downstream from the oil sands are small.  In studies this results in large error ranges which make definitive conclusions elusive. Also, diseases such as cancer may take a long time to manifest in humans: this means that we may not perceive the human health consequences of a given level of oil sands development until decades after the insult has taken place. Essentially, in a situation of rapid change, complex factors and small populations such as this, humans are not good study subjects.

What this means is that we need to study the fish, even if we don’t really care about the fish.  I went into medicine instead of biology or veterinary science for a reason: I am interested in human health above all else.  But the thing is, that just as your grandmother expressed when she told you, “you are what you eat,” the health of a human body is dependent on what is put into it, and what is nearby.  So in a case where the direct study of human health is difficult, study of the environmental determinants of human health--factors such as air quality, water quality and contamination of local foodstuffs becomes key.  These factors are more likely to conclusively show an effect, if there is one, within a time frame that will allow meaningful corrective action to be taken before human health is affected.