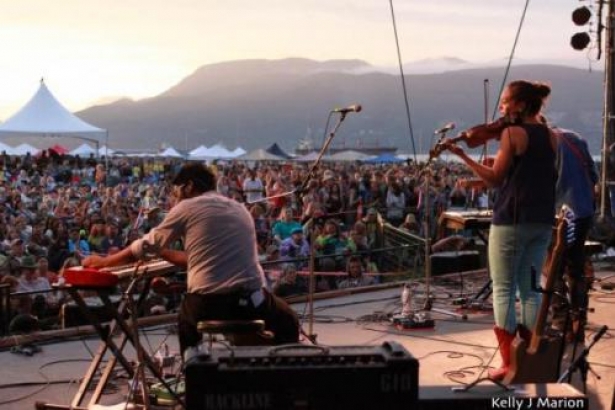 Over 66,000 people have signed a recent petition urging Jason Kenney, Minister of Employment, Social Development and Multiculturalism, to repeal a recent policy that adds a back-breaking raise in application fees to visiting performing artists entering the country to play. Any Business Improvement Area or Downtown Association in Canada with live music venues in their catchment area or nearby should be concerned about this. So should anyone who likes to take in live music occasionally.

Canadian venues cannot survive on Canadian content alone, and if we lose these venues for lack of booked shows we lose jobs and cultural vibrancy in our entertainment districts or commercial areas.

Oddly enough, these are two focus areas identified in Jason Kenney’s title, Employment and Multiculturalism. For a government presumably eager for international trade, this kind of added burden to the flow of cultural goods seems anathema, akin to a protectionist tariff or levy we might have seen on beaver pelts and lumber 200 years ago.

It’s the kind of red tape and transaction costs that most conservative governments seek to get rid of.  Why did ours introduce it?

According to the Calgary Herald:

“The new rules, which quietly came into effect July 31, will double, triple or even quadruple the cost of bringing in international artists to perform in bars, restaurants or coffee shops, affecting such local venues for music lovers as The Palomino, Ironwood, Broken City, Blues Can, and the Ship & Anchor, and their counterparts across the country.”

Many have rightly been concerned from the standpoint of musicians and the music industry, but this is also about vibrant, economically healthy downtown cores, business improvement areas and entertainment districts because that’s often where these venues are located.

Our entertainment districts and venues thrive when a broad range of content is available to book, especially content that is in demand, that includes content from outside the country, multicultural content (for a multicultural Canadian audience).

It also includes emerging acts or artists that are often touring on a shoestring budget, building their audience. These are particularly important for smaller and mid-sized independent venues – which are the majority of venues in Canada.

So while the cultural impact of this is important, I feel like I need to relate this problem in language that anyone concerned about jobs and the economy will resonate with. In this first context it is a supply and demand issue. There is a demand for foreign content, small and mid-sized venues are an important part of ensuring supply.

A $425 per artist fee may make sense for the Rolling Stones when they play Rogers Arena, but not for the vast majority of other bands who play small and mid-sized venues in Vancouver throughout the rest of the year. The kicker is that this fee wouldn’t apply to a mega-band playing Rogers Arena, only smaller bars and venues.