Stephen Harper versus Avaaz: a tale of two worlds 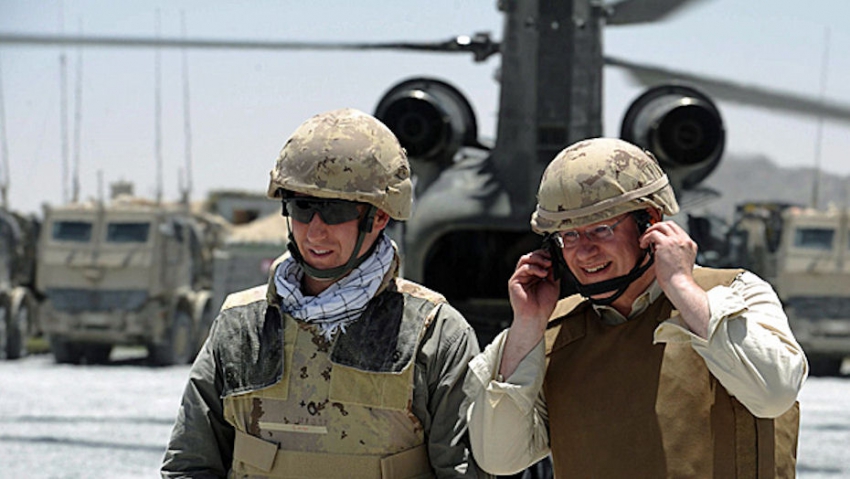 In a recent speech in B.C., Prime Minister Harper declared: "The international jihadist movement has declared war. They have declared war on anybody who does not think and act exactly as they wish they would think and act."

"When a trio of hooded men struck at some of our most cherished democratic principles — freedom of expression, freedom of the press — they assaulted democracy everywhere.”

Harper appears to be riding on the coattails of fear, trying to pull ahead of Liberal leader Justin Trudeau and looking to be on the cusp of a majority win in 2015. When Harper speaks, it’s not just what he says that’s important. It’s also what he doesn’t say.

When the Prime Minister portrays himself as defender of the faith against the forces of jihadist evil, he fails to make any mention of this year’s massive $14.8 billion deal to sell Canadian weapons to the Kingdom of Saudi Arabia.

This is no ordinary customer. Saudi Arabia’s leaders have bankrolled the 40-year-long revival of Wahhabism, the most rigid and militant form of Islam, which developed over a thousand years after the Prophet Mohammed lived in the deserts of the Arabian Peninsula.

It is this government that has condemned blogger Raif Badawi to 1,000 lashes and 10 years in prison for criticizing its actions, a punishment so outlandish that even John Baird, Harper’s Minister of Foreign Affairs — goaded by Liberal and NDP foreign policy critics and by Elizabeth May — has been forced to publicly criticize it.

It is also this form of Islam that forms the core belief of the so-called “Islamist jihadist” groups that Stephen Harper is so aggressively castigating. Needless to say, his remarks — and the Conservative Party’s enthusiastic endorsement of bombing in Iraq — are encouraging extremists to target this country with its violent propaganda, stirring unstable people like Michael Zahef-Bibeau to violent lashing out.

Violence begets violence. So there is something else of importance missing from the Prime Minister’s vocabulary: words that foster peace.

Avaaz is an on-line community that advocates around “people-centred” issues, such as fairness, exposing corruption, alleviating poverty and addressing climate change. Created in 2007 through the amalgamation of several existing advocacy groups, it has grown exponentially. It now has over 40 million adherents (5 million more than Canada’s population) in 194 countries. It has initiated over 200 million advocacy actions.

These actions, ranging from the very small to the very large, and from strictly on-line to very much in the field, have linked “practical idealists” in processes centred on “servant leadership,” described as follows:

“Avaaz staff … listen to members and suggest actions they can take in order to affect the broader world. Small wonder, then, that many of our most successful campaigns are suggested first by Avaaz members themselves.”