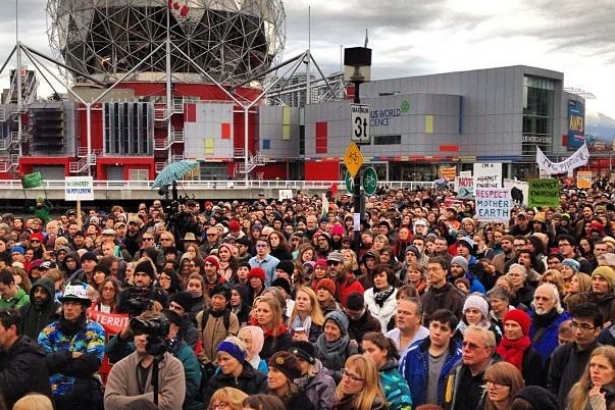 I am sickened by this report on the NEB coordinating with CSIS to spy on oil pipeline opponents.

We see clearly that the government is actively against the citizens it is supposed to serve. When democratic rights--including the right to organize, to express opinion, to make grievances known, to be heard, to oppose poor governance and seek correction--are thwarted at the scale we experiencing, democracy is not functioning.  There are more things broken than the  Kinder Morgan expansion.

The activities of everyday life such as going to work, getting groceries, etc. still continue unmolested, but the key thing about your rights is that you must be free to exercise them at the moment you need them. Otherwise you don’t have rights. This is when democracy and justice is tested.

Where private corporations, and many of them in the tar sands up to 75 per cent-foreign controlled, can essentially ‘contract’ with government against legitimate, lawful dissent, and connive with government to frustrate democratic activity and transparent process, to ‘tar’ citizen participation as a security issue, to effectively make activism illegal, then everything my father and everybody’s fathers and grandfathers did in the WWII is spat upon. The government has lost its marbles.

These actions of the government are unacceptable; they can never be accepted. A government that actively makes enemies of its citizens is evil.