The VSB’s $1.5 billion capital plan request to government all but takes school closures off the table, despite the district being governed by a B.C. Liberal government-appointed trustee 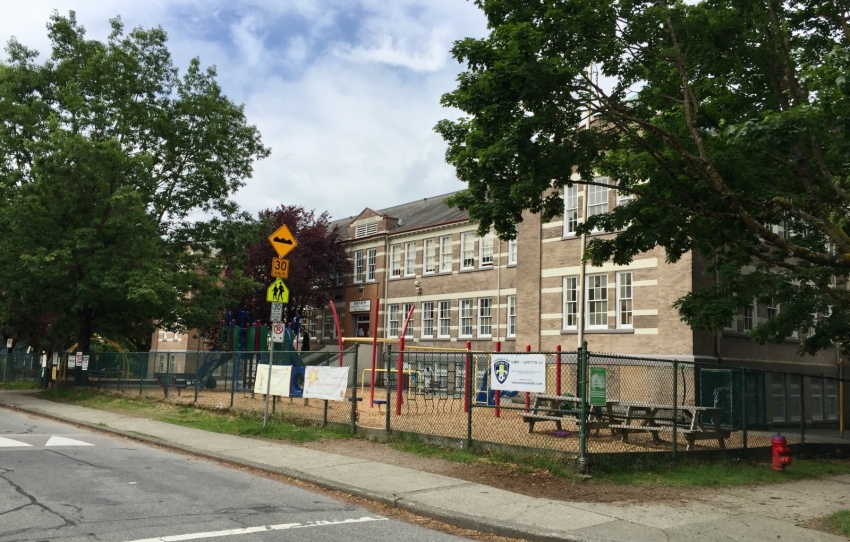 While Christy Clark and the B.C. Liberals’ flip flops on a number of key issues — like welfare and disability rates and banning corporate and union donations — raised eyebrows this week, the Liberals seem to also be quietly changing their position on school closures.

One of B.C. Liberal Education Minister Mike Bernier’s favourite talking points when slamming the old, elected Vancouver School Board (VSB) was that it was spending $37 million on “empty classrooms.” The idea was that if we closed a bunch of schools, our funding problems would disappear.

It was nonsense, of course, and he went mum on that point once he dismissed us for not approving more budget cuts last year and replaced us with an appointed trustee.

That flip flop is evident in the VSB’s silence on school closures, save for a few vacant annexes that were already being closed by the elected board. If there was ever $37 million to be saved by closing schools (there wasn’t), Bernier and his appointed VSB trustee seem to have forgotten about it.

What a difference an election makes

Take a look at the $1.5 billion capital plan submission to government Turner is considering at a VSB planning and facilities committee meeting this week. You don’t have to if you don’t want to though — I did and I’ll tell you the important bits.

Here’s what’s most interesting about it. It references the elected board’s decision last fall to suspend the school closure process and notes that it presents some challenges. It does not, however, propose to reactivate the suspended closure process, which Dianne Turner, Bernier’s appointed trustee, has the power to do.

Rather it proposes proceeding with a different approach — one I and many others have been calling for all along: “right sizing” schools with excess capacity (according to government formulas with which I don’t agree) by rebuilding or renovating them to be smaller and more cost efficient, instead of closing some down and consolidating the rest.

That means that if government is pushing the district to reduce its overall capacity, it can simply replace large, seismically unsafe schools with smaller ones that meet the current and projected enrolment needs of their communities. Sound simple?

It makes sense to me and has all along. Instead of closing large schools with extra, unused classrooms and forcing students to relocate to other schools, replace the high-risk old buildings with their millions of dollars in deferred maintenance issues with new seismically safe, energy efficient smaller schools. We’ve done a few of these before — Queen Mary and Strathcona are two examples of the seismically upgraded school having significantly lower capacity than it did before.

The benefit is that it keeps the school community together and ensures all neighbourhoods have access to community schools within a reasonable distance from students’ homes.

I remember when Christy Clark was a CKNW radio host. For awhile CKNW ran a promo for Clark’s show that was a clip of her railing about Vancouver needing to close lots of schools — more than the five that were being considered back in 2010.

It’s been a constant theme since then. They pushed the VSB to close schools and hired EY twice — at a cost in the hundreds of thousands each time — to make the case for it. While I supported the closures of Maquinna, Henderson and Laurier annexes, as they were no longer needed to accommodate overflow from the main schools — closing schools like Gladstone and Britannia high schools was a terrible, community-damaging idea.