Rojava, Syria: A revolution of hope and healing

Rojava is an enclave whose inhabitants have fashioned a place of security, gender equality, economic cooperation, and a unique form of localized direct democracy that has no equivalent elsewhere. 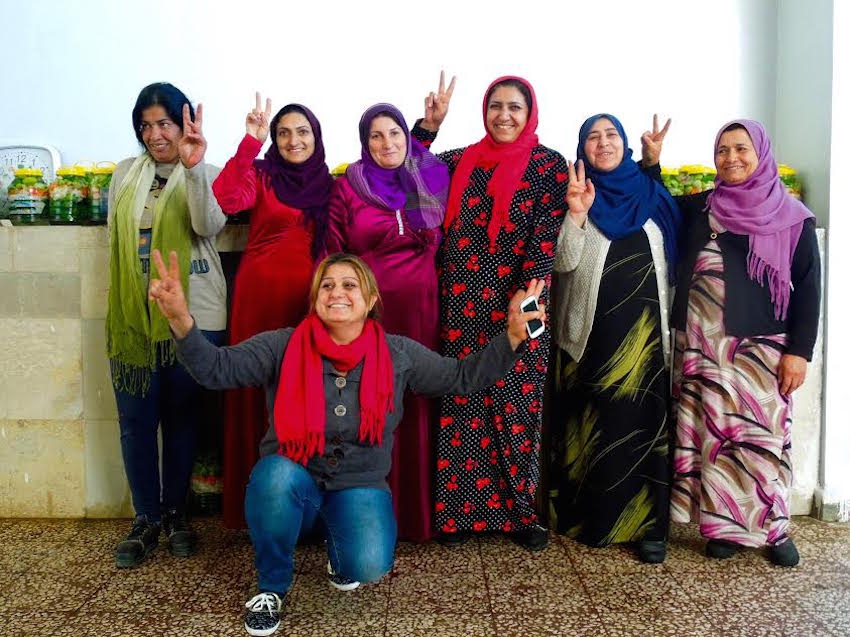 With images of chaos, conflict, and a seemingly endless parade of horrors dominating the mainstream media, the image of Syria that dominates the popular mind is a kind of hell on earth.

But Syria today is also the site of a remarkable experiment in peace, co-operation, and progressive political change that has profound implications not only for the Middle East, but also for the rest of the world. As someone who has studied co-operative economies for the past two decades, I travelled to northern Syria in November to witness this work first hand.

What I saw there was a beacon of light and promise that belies the gloom and doom we normally associated with the area.

Rojava is a narrow band of Kurdish territory that stretches across the northern rim of Syria bordering on Turkey to the north and Iraq in the east. Home to about 4.6 million Kurds, Rojava is an enclave whose inhabitants have fashioned a place of security, gender equality, economic cooperation, and a unique form of localized direct democracy that has no equivalent elsewhere.

When the Syrian uprising began in March 2011, the besieged Assad regime was forced to withdraw from the Kurdish regions of the north. ISIS and other Islamist militias were making inroads into Syrian territory, aided and armed by Turkey and the gulf states of Saudi Arabia and Qatar.

But rather than succumbing to these groups the Kurds of Rojava and the city of Kobani, in alliance with Arab, Syriac, and Turkmen groups, mounted a ferocious defence that succeeded not only in resisting ISIS but also liberating large areas of the Kurdish homeland.

On 9 January 2014, after months of de facto rule following the retreat of the Assad forces, the Kurdish Democratic Union Party (PYD) announced regional autonomy for Rojava and Kobani. Elections were held, popular assemblies were organized, and the Constitution of Rojava was approved.

What has emerged since then is a social revolution based on a set of values that assert a radical form of direct, grass roots democracy and the recognition of gender, religious, and ethnic equality among all citizens. In a land where the Kurdish language and culture had been outlawed and rights of citizenship denied, the Rojava constitution establishes a polity based on inclusion and co-operation.

The repressive laws of the Assad regime which suppressed political organizing, religious and cultural expression, and women’s freedom have been replaced by a vision of Democratic Confederalism which grants citizens and their communities the right to self-determination, local autonomy, and freedom of expression. Child marriages and honour killings have also been banned.

Alone among the political systems of the Middle East, the Rojava constitution explicitly recognizes the equal rights of women and mandates the ending of gender discrimination in public institutions.

Every formal political formation, from the citizen’s councils of the local neighbourhoods, to the heads of the various ministries, to the elected heads of the regional administrative bodies, must be co-chaired by both a man and a woman.

In the sphere of political economy, the region is pursuing a model of co-operative economy that blends co-operative and private enterprise. And while the rights to private property and entrepreneurship are protected, it is asserted that private property must also be in service to the common good.

Perhaps the most innovative aspect of this experiment is the explicit rejection of the nation state as a political form. In a region where nationalisms and religious identities are at the source of so many conflicts, the affirmation of “stateless democracy” forces a re-assessment of cherished notions of statehood as a necessary component of political or cultural identity.

As a model for administering a territory while avoiding the hierarchical systems that characterize formal state structures, stateless democracy is an innovation that opens a path to recognizing ethnic and cultural rights while avoiding the conflicts and power struggles that are endemic to nationalist movements.

Peace in the Rojava vision is a product of co-operation, radical democracy, equality, and inclusion. The notion of the nation state is its antithesis.

What is unfolding in Rojava is a wholly new conception of political economy founded on principles of co-operation, direct democracy, and community autonomy that recognizes and affirms the rights of individuals and their communities to fashion a future they can control.

With enemies on their doorstep and the concerted attempts of neighboring states to extinguish any possibility of local autonomy, the Kurds of Rojava have accomplished an unthinkable feat. They have carved out a place of relative peace and conciliation in the heart of a war zone.

They have set out a model for ethnic and religious co-habitation and co-operation that is unequalled in the region. They have established a standard for gender equality that is a model not only for their region, but for us as well.

In a global context, with the increasing inequalities, injustices, and popular discontent fueled by a capitalist system that is in need of radical reform, the Rojava model of co-operative political and economic democracy which puts communities first, holds lessons for us all.

No small feats for a neglected and forgotten people in this suffering corner of the world.

John Restakis is Executive Director of Community Evolution Foundation, Author of Humanizing the Economy – Co-operatives in the Age of Capital, and a long-time researcher and advocate for co-operative economic democracy.

On April 20, John Restakis will be presenting in Vancouver at Rojava Revolution and Groundswell Market, the opening gala for Hopeful Economics: Leadership & Innovation Summit. Find out more about the event and buy tickets.