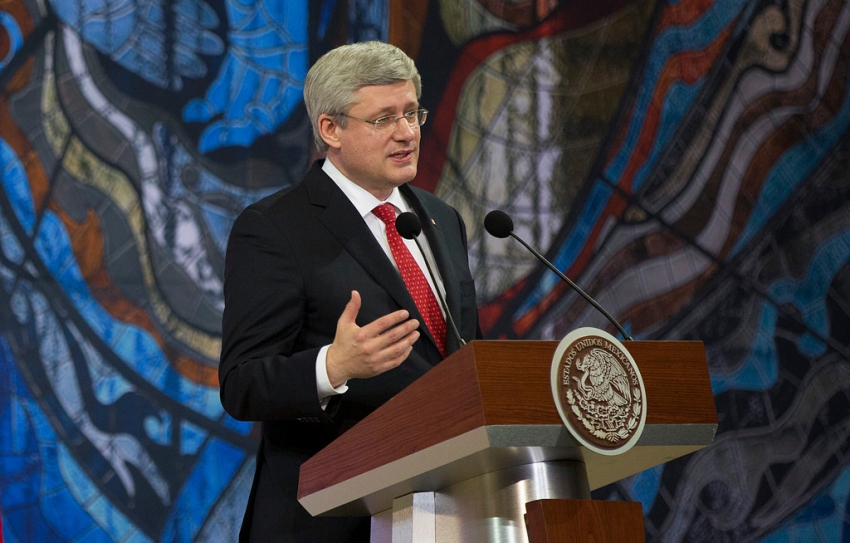 Many Americans love Canada and the specific benefits that have come to our country from our northern neighbor’s many achievements (see Canada Firsts by Nader, Conacher and Milleron). Unfortunately, your latest proposed legislation—the new anti-terrorism act—is being described by leading Canadian civil liberties scholars as hazardous to Canadian democracy.

A central criticism was ably summarized in a February 2015 Globe and Mail editorial titled “Parliament Must Reject Harper’s Secret Policeman Bill,” to wit:

“Prime Minister Stephen Harper never tires of telling Canadians that we are at war with the Islamic State. Under the cloud of fear produced by his repeated hyperbole about the scope and nature of the threat, he now wants to turn our domestic spy agency into something that looks disturbingly like a secret police force.

Canadians should not be willing to accept such an obvious threat to their basic liberties. Our existing laws and our society are strong enough to stand up to the threat of terrorism without compromising our values.”

Particularly noticeable in your announcement were your exaggerated expressions that exceed the paranoia of Washington’s chief attack dog, former vice-president Dick Cheney. Mr. Cheney periodically surfaces to update his pathological war-mongering oblivious to facts—past and present—including his criminal war of aggression which devastated Iraq—a country that never threatened the U.S.

You are quoted as saying that “jihadi terrorism is one of the most dangerous enemies our world has ever faced” as a predicate for your gross over-reaction that “violent jihadism seeks to destroy” Canadian “rights.” Really? Pray tell, which rights rooted in Canadian law are “jihadis” fighting in the Middle East to obliterate? You talk like George W. Bush.

How does “jihadism” match up with the lives of tens of millions of innocent civilians, destroyed since 1900 by state terrorism—west and east, north and south—or the continuing efforts seeking to seize or occupy territory?

Reading your apoplectic oratory reminds one of the prior history of your country as one of the world’s peacekeepers from the inspiration of Lester Pearson to the United Nations. That noble pursuit has been replaced by deploying Canadian soldiers in the belligerent service of the American Empire and its boomeranging wars, invasions and attacks that violate our Constitution, statutes and international treaties to which both our countries are signatories.

What has all this post-9/11 loss of American life plus injuries and sickness, in addition to trillions of American tax dollars, accomplished? Has it led to the stability of those nations invaded or attacked by the U.S. and its reluctant western “allies?” Just the opposite, the colossal blowback evidenced by the metastasis of al-Qaeda’s offshoots and similar new groups like the self-styled Islamic state are now proliferating in and threatening over a dozen countries.

Have you digested what is happening in Iraq and why Prime Minister Jean Chrétien said no to Washington? Or now chaotic Libya, which like Iraq never had any presence of Al-Qaeda before the U.S.’s destabilizing military attacks? (See the New York Times’ editorial on February 15, 2015 titled “What Libya’s Unraveling Means”.)

Perhaps you will find a former veteran CIA station chief in Islamabad, Pakistan, Robert L. Grenier more credible. Writing in his just released book: 88 Days to Kandahar: A CIA Diary (Simon & Schuster), he sums up U.S. government policy this way: “Our current abandonment of Afghanistan is the product of a… colossal overreach, from 2005 onwards.” He writes, “in the process we overwhelmed a primitive country, with a largely illiterate population, a tiny agrarian economy, a tribal social structure and nascent national institutions. We triggered massive corruption through our profligacy; convinced a substantial number of Afghans that we were, in fact, occupiers and facilitated the resurgence of the Taliban” (Alissa J. Rubin, Robert L. Grenier’s ‘88 Days to Kandahar,’ New York Times, February 15, 2015).

You may recall George W. Bush’s White House counterterrorism czar, Richard Clarke, who wrote in his 2004 book, Against All Enemies: Inside America’s War on Terror—What Really Happened, “It was as if Osama bin Laden, hidden in some high mountain redoubt, were engaging in long-range mind control of George Bush, chanting, ‘Invade Iraq, you must invade Iraq.’”

Canadians might be most concerned about your increased dictatorial policies and practices, as well as this bill’s provision for secret law and courts in the name of fighting terrorism—too vaguely defined. Study what comparable practices have done to the United States – a course that you seem to be mimicking, including the militarization of police forces (see The Walrus, December 2014).

If passed, this act, piled on already stringent legal authority, will expand your national security bureaucracies and their jurisdictional disputes, further encourage dragnet snooping and roundups, fuel fear and suspicion among law-abiding Canadians, stifle free speech and civic action and drain billions of dollars from being used for the necessities of Canadian society. This is not hypothetical. Along with an already frayed social safety net, once the envy of the world, you almost got away with a $30 billion dollar purchase of unneeded costly F-35s (including maintenance) to bail out the failing budget-busting F-35 project in Washington.

You may think that Canadians will fall prey to a politics of fear before an election. But you may be misreading the extent to which Canadians will allow the attachment of their Maple Leaf to the aggressive talons of a hijacked American Eagle.

Canada could be a model for independence against the backdrop of bankrupt American military adventures steeped in big business profits…a model that might help both nations restore their better angels.