Climate change denial and environmental indifference is central to the premier's support of Petronas.

The deals raised widespread concerns about the lack of transparency in state-owned enterprises (SOEs) — concerns so intense that even he, despite his well-known love affair with the fossil fuel industry, was forced to shut the door to further SOEs as soon as the deal was inked.

The Petronas deal still requires federal environmental approval — something that the intimate relationship between Stephen Harper and the fossil fuel industry makes a foregone conclusion. 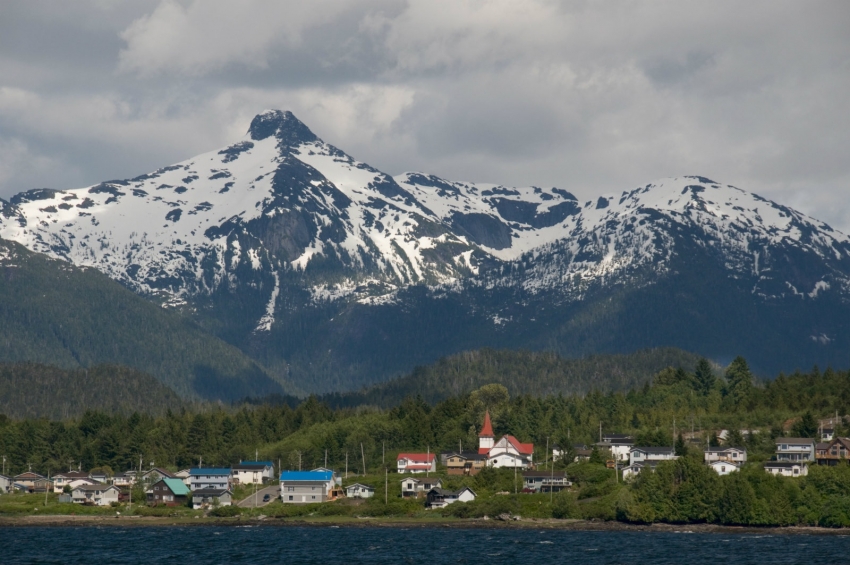 The only immediate step taken to slow down or stop this project so far has come from the Lax Kw’alaams Band, part of the Tsimshian First Nation, which has unanimously — and courageously — rejected the offer of a $1-billion bribe from Petronas in exchange for the use of Lelu Island, the chosen site for the gas liquification plant — which happens to be surrounded by eel grass beds — critical habitat for juvenile salmon. The band have refused to approve the site because the plant and associated pipeline could easily destroy the Skeena River salmon run.

Most experts and ordinary citizens disagree with Premier Clark

Coupled with the Site C dam, situated strategically to collect water and generate electricity for the fracking community up north, this gas liquification and storage plant, the Premier claims, is her one-two punch to hammer out B.C.’s prosperity.

In reality, I believe Christy Clark’s fixation with fracking as the basis of B.C.’s economy, combined with Stephen Harper’s shared belief in fossil fuels as the basis for Canada’s prosperity, will seriously compromise the security of generations to come. That’s because their actions are ultimately based on climate change denial.

Clark is pretending she hasn’t heard about the recent successful class action lawsuit in Holland, in which three judges have ordered the Dutch government to stick to the science and cut back greenhouse gas emissions by 25 per cent in five years.

She doesn’t peruse scientific journals, so she hasn’t learned that the world-renowned publication Nature carried a study this winter confirming that “most of the Earth's fossil fuels will have to be left in the ground if the world is to avoid catastrophic global warming.”

She is notably indifferent to the effects climate change is already having on the animals that share this planet with us.

She steers around concern about the “inconvenient truth” widely discussed in the fossil fuel industry around what’s known as the “carbon bubble”, in which profits for oil and gas will shrink as ecological concerns grow.

She can’t hear the loud political noise made by the global fossil fuel divestment movement, one of the fastest growing social actions on the planet today, now taken up by Britain’s Guardian newspaper as the “Keep it in the Ground” campaign.

The divestment campaign is particularly active among young Canadians.

She’s turning a blind eye to the fact that the Obama administration — despite rancorous and anti-intellectual opposition from the Tea Party and others — has managed to reduce carbon emissions to their lowest level in two decades. And that the president has affirmed this as a critical national goal.