Leading climate scientists in your country and around the world have spoken eloquently, passionately and in great detail about the need to limit greenhouse gas generation. Consequently one of your presidential predecessors, Jimmy Carter, has publicly spoken out against the Keystone XL.  A group of Nobel Laureates has also rejected the Keystone XL project.

The Secretary-General of the United Nations, Ban Ki Moon, has called for more action on climate change, and the UN’s IPCC report has stated that greenhouse gas emissions are already causing irreversible damage to the world’s ecosystems.

Churches are speaking out about the need to limit climate change with Pope Francis taking a particularly strong stand.

The business sector is also affirming the concept of stranded assets – fossil fuel reserves that cannot be extracted if we are to avoid rampant climate change. Divestment from the fossil fuel industry is making increasing sense to economists and even to the World Council of Churches. Fossil fuel company shares are declining in value despite massive industry subsidies.

Most important of all, however – and the main reason why I am begging you to maintain your opposition to the Keystone XL pipeline – is that this industrial project, which you have pointed out is superfluous to US energy needs, will do a rank disservice to future generations.

In the largest climate change march ever, in New York in September of last year, 50,000 students formed a column 10 blocks long, speaking out about their wish for a liveable  future.  Meanwhile, California is already dessicating,  while Miami is beginning to drown.

Your daughters, along with the children in my family, and children all over the world, will be affected by what we choose to do today, for good or for ill. Approving the Keystone XL pipeline will mean business as usual – even though the “usual” is long past. It will leave the task of addressing the transition to a new economy – already mapped out in energy terms by scientists at Stanford – to a successor. 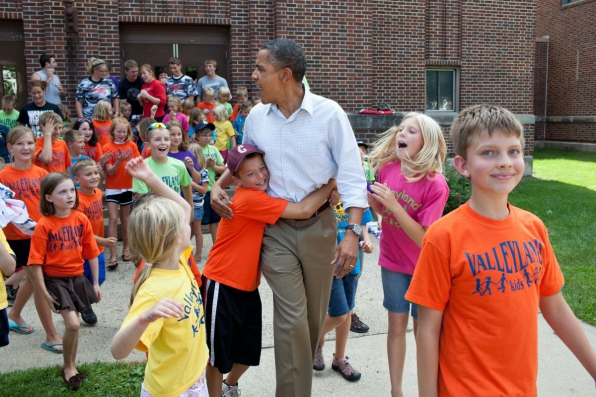 You've never struck me as being that kind of person.

Dismissing the Keystone Xl pipeline will be a bold stroke that sets the course of your nation, and the world, towards a future in which peace, prosperity and well-being can be the lot of all children in every part of the world.

I say, once again, in the strongest of terms: please veto the Keystone XL pipeline.

I apologize for going on at such length on this matter. I am grateful that I live in a country which, like yours, allows me to speak out on an issue that I care deeply about. I am grateful that I am able to address these remarks to a United States president who is pragmatic, informed and free of ideology enough to hear my remarks with a sympathetic ear.

I thank you for your attention.
Sincerely,