On the eve of the federal government's decision on the controversial Enbridge Northern Gateway pipeline, conservationist Andrew S. Wright reflects on the immense promise of the oil sands and the lost opportunity to develop the resource in a responsible, environmentally and socially conscious manner. 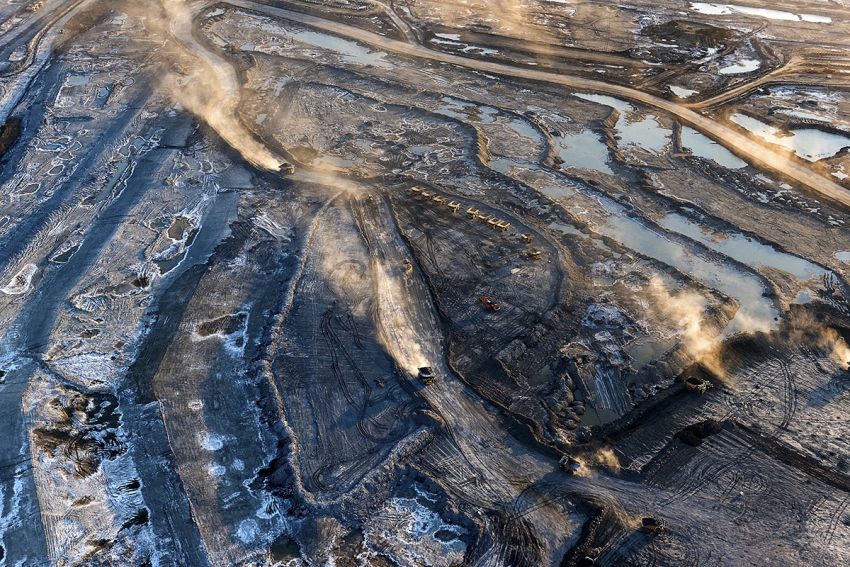 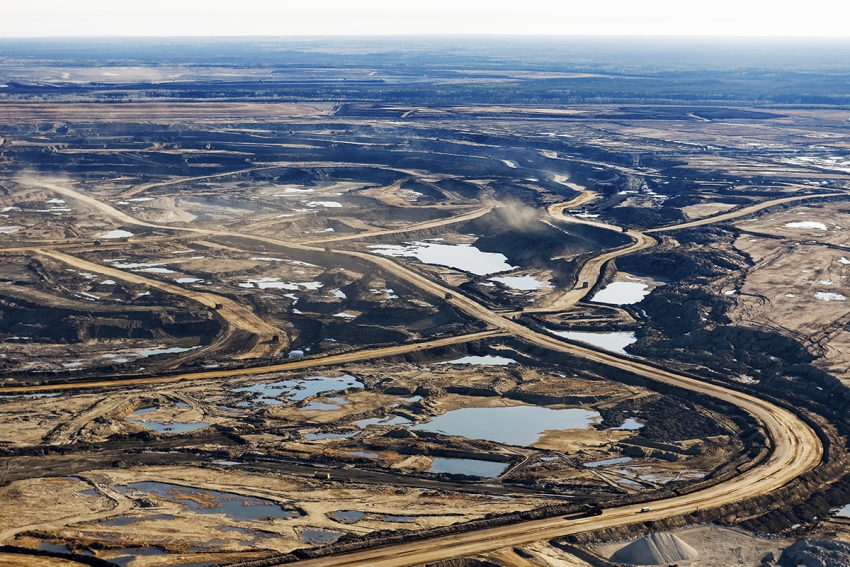 All photos in this post copyright by Andrew S. Wright for The Vancouver Observer

It is my birthday, and I am hanging out of a helicopter over the Athabasca oil sands. Not the first choice for many folks at their half century mark. But I am thrilled to be here.  For the oil reserve is the fulcrum of early 21st century Canadian history. 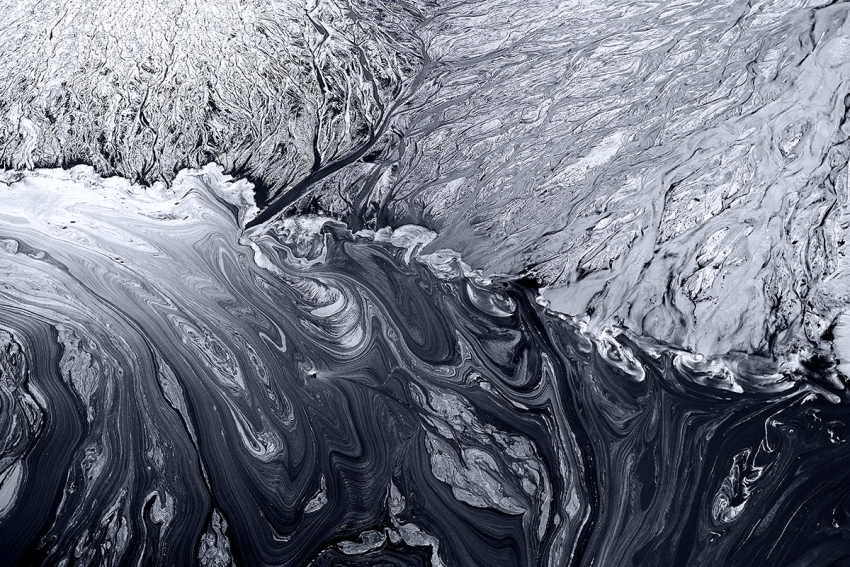 As a photographer, the landscape looks surreal to me and evokes apocalyptic movie imagery, but as Edward Burtynsky has noted, there is a “terrible beauty” to industrial projects such as this. As a conservationist, I am galled by the seemingly endless sullied landscape. The bitumen deposits are vast, beyond comprehension in scale. 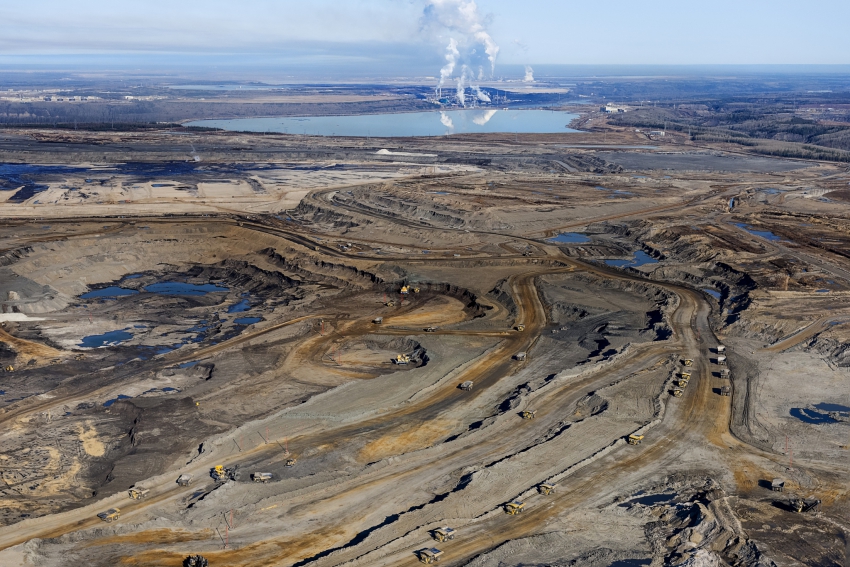 Photo of tailing pond and trucks at Suncor by Andrew S. Wright

The total deposits, according to the Albertan government, are 140,000km2 - the size of England. The surface mineable deposits represent 3.5 per cent of the reserve at 4750km2, of which 750km2 have been disturbed to date.Containing 168 billion barrels of accessible oil and an additional 1.8 trillion barrels of recoverable oil, they represent a significant economic bounty for both Canadians and the global community.

The oil sands could fuel economies for millennia if used appropriately. The asset value (at $100/barrel) of the reserve eclipses current global GDP by a factor of two. To date over 66 per cent of the reserve has been leased for commercial extraction with over 30 projects being evaluated and set to go in the next few years, an order of magnitude increase in industrial activity. 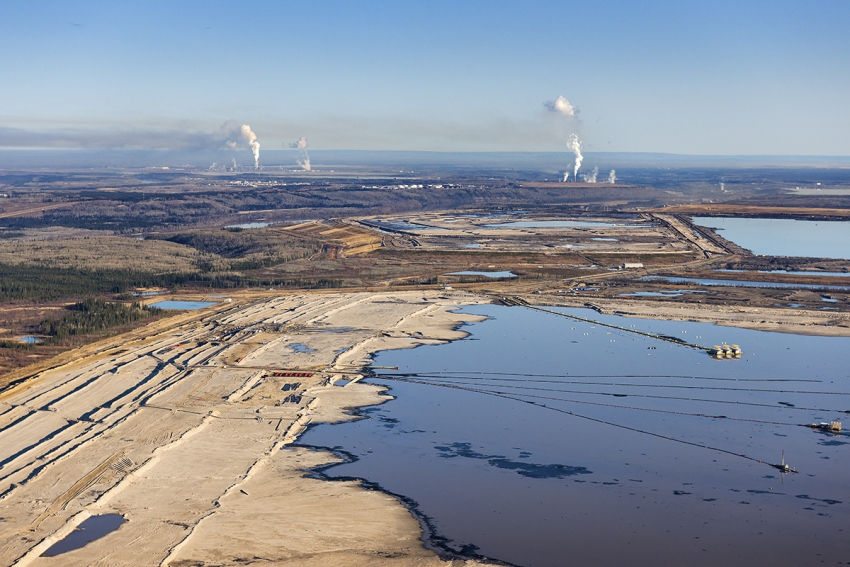 These are massive volumes and the distant corner gas stations of the world are literally connected to this landscape. But their geographic dispersion and the increase in human well-being that is afforded by fuel availability alienate the consumer from the realities of the oil field. A reality where thousands of trucks, each the size of a house, inexorably devour the landscape, endlessly feeding the production refineries creating fuel. 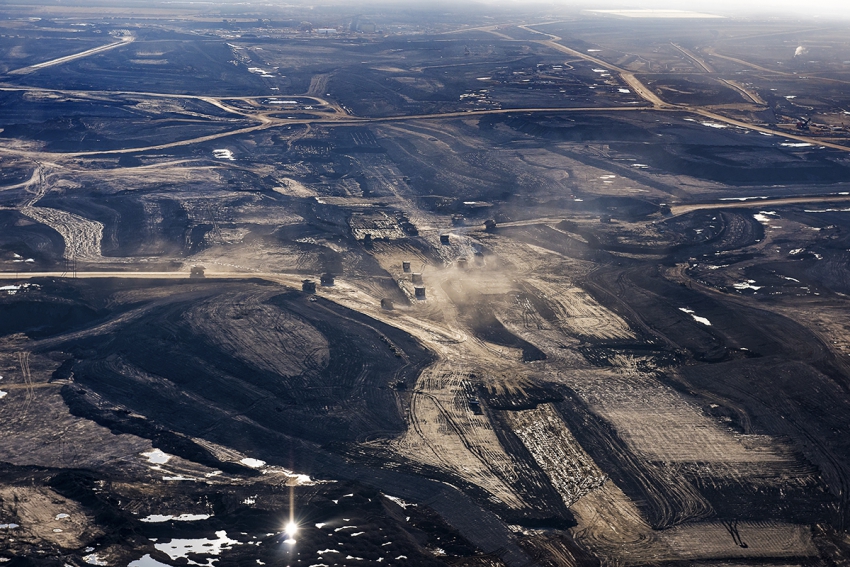 Photo of mine northwest of Syncrude by Andrew S. Wright 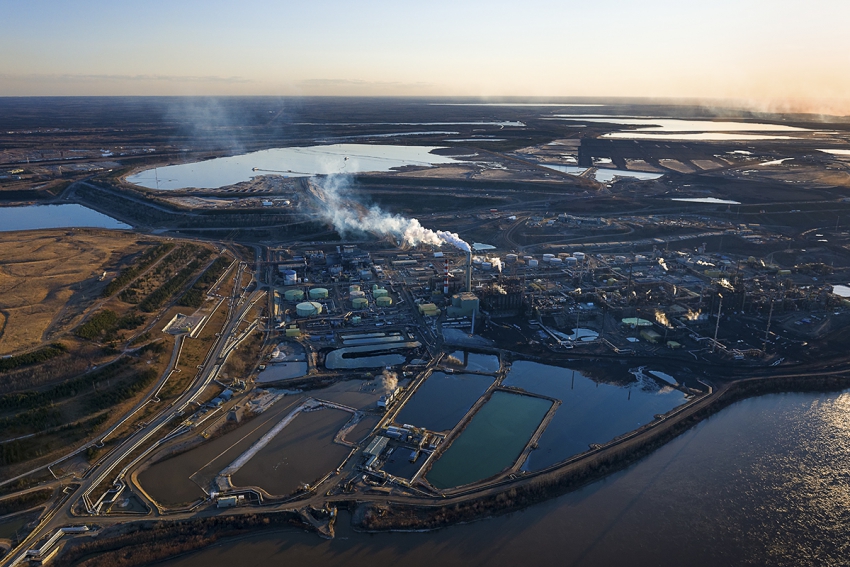 But the economic promise of the oil sands and their accelerating development are coupled with a curse. The waste gases are flared into the atmosphere, while the waste fluids are pumped into immense tailing ponds. These waste streams contain significant quantities of heavy metals and persistent aromatic hydrocarbons.

As a consequence, human health and local pollution issues are starting to become evident. Democratic governments are entrusted to ensure human health. Economic growth and environmental impacts are balanced in a pragmatic and evidence based manner. But our post-democratic society permits corporations to dictate policy and our government has acquiesced. Laws are now repealed,  allowing low cost development, free from environmental safeguards and at the lowest royalty rates in the world. 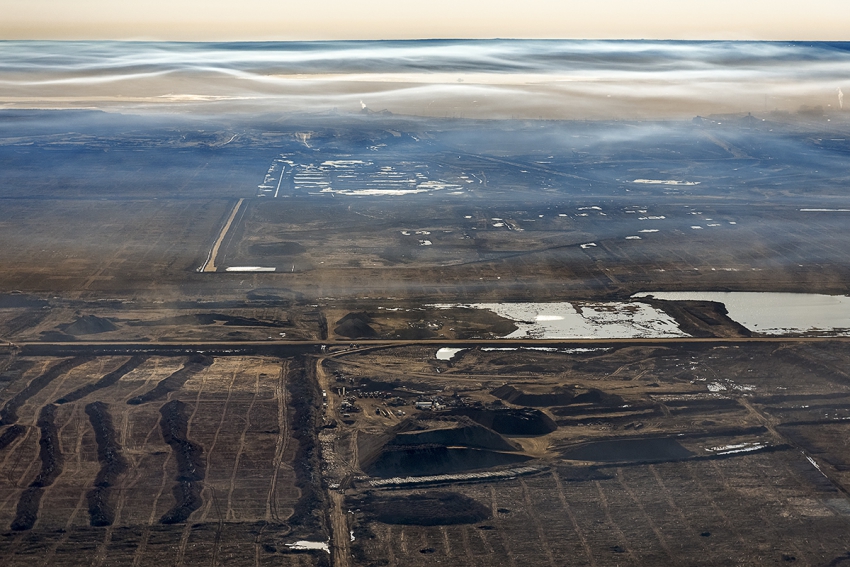