Emissions in just about every part of the economy — think transportation, industry, and natural gas production — are rising. 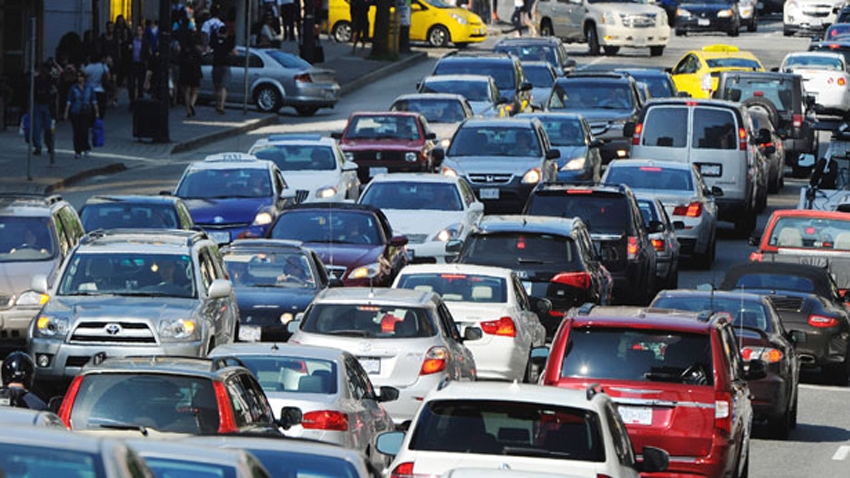 Despite best intentions, emissions are creeping up in transportation, industry, natural gas production. Now is the time to speak up on what to do about it.

Blazing fire and choking smoke. Water bans, and lettuce-wilting heat. That’s how British Columbians are going to remember the summer of 2015.

But there is also some encouraging news, and you can be a part of it. Earlier this year, British Columbia’s government announced it is ready to get serious about climate action again. The timing couldn’t be better.

B.C. was an early mover on climate, and today boasts a pretty respectable basket of policies — a ban on unmitigated coal power, a clean electricity standard, low-carbon fuel standard, and the carbon tax — that are the envy of jurisdictions around North America.

Take Massachusetts, for example. Earlier this year I had the pleasure of joining a panel of state legislators and academics at MIT, in Cambridge. All were impressed that the carbon tax has reduced emissions while the economy continued healthy growth. They were taking steps to follow the province’s lead.

But, I’ll be honest with you; I didn’t tell them the full story, which is this: In recent years, when it comes to cutting pollution, British Columbia has been resting on its laurels. The current government froze the carbon tax in 2013, and moved climate leadership to the back burner.

As a result, emissions in British Columbia have started to gradually creep up again. Emissions in just about every part of the economy — think transportation, industry, and natural gas production — are rising.

That’s why I was pleased — and frankly relieved — when the province revealed earlier this year that it would adopt a new, reinvigorated Climate Leadership Plan. I was also honoured when, a few weeks later, Environment Minister Mary Polak called me up and asked me to join the Climate Leadership Team.

Along with my teammates, I’ll advise the provincial government on the most effective programs and policies that will help it meet its climate targets: 33 per cent below 2007 levels by 2020, 80 per cent below by 2050.

Our team is identifying opportunities to cut pollution across the economy — everything from building standards, to fuel efficiency and electric vehicles, to electrifying industry so that it runs on clean grid power instead of fossil fuels.

Our recommendations will in part form the basis of the new reinvigorated climate plan, expected in early 2016. But here’s the thing: So will yours.

Last week, British Columbia released a discussion paper and opened up a public survey to get a sense of the climate-action ideas and priorities of British Columbians just like you.

Let me level with you: This is a rare and terrific opportunity to tell your government that climate action matters to you. The Climate Action Consultation ends on Aug. 17th. Head over there now and click on “Take The Survey.” It only takes a few minutes and your input can help ensure a better future for all British Columbians.

Is the government serious about listening to advice, both mine and yours? Time will tell. But one thing is clear: It won’t likely adopt a climate plan with “teeth” unless we send a clear signal that we want exactly that. Over to you.