No more silence on Remembrance Day

Thousands of legitimate Canadians, including war veterans and their children, have been denied Canadian citizenship due to arcane provisions of the Citizenship Act, some of them blatantly discriminatory. Known as the "Lost Canadians", these people are still waiting for justice from a federal government that has promised change for years while refusing to act. 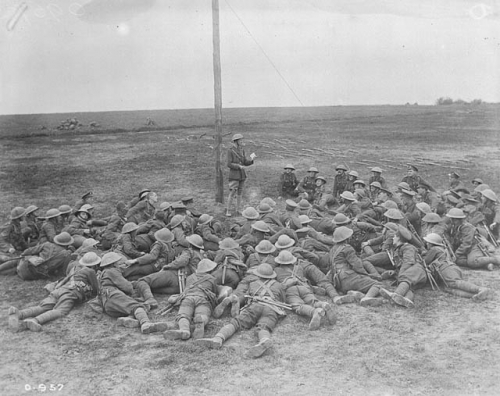 Two minutes of silence on Remembrance Day?  Not me.

Why?  Because I think the best way to honour our war dead is to speak out on their behalf.  And they need a voice in the worst way.
Why?  Because our current government insists that our fallen heroes were never actually Canadian citizens.  It matters not that as they headed off to war a booklet was given to them -a sort of pep-talk- proclaiming them to be 'Canadian citizen' soldiers.  It matters not that after the war, Prime Minister Mackenzie King welcomed them home as 'Canadian citizens'.  Nor is it of consequence that in 1946, Canada gave their War Brides a pamphlet as they made their way to Pier 21 in Halifax saying they all had the same status as their husbands, who were 'Canadian citizens'.
All that matters, in complete revisionist history, is that the Harper government has taken a hard-line stance that Canadian citizenship did not exist before 1947.  Hence, our war dead weren't ours. They were British. What we always believed, and more importantly, what our soldiers believed themselves to be while under enemy fire, is that they were full-fledged Canadian citizens. Yet our current government insists it was nothing but a facade.  We might just as well go scratch the Maple Leafs off their headstones.
And if that's not appalling enough, no opposition party leader, save for Elizabeth May, has spoken out about this.  Think about how all the political leaders weigh in on Remembrance Day, saying how we owe so much to our wonderful soldiers who gave their all.  Then the next day, on the 12th, the politicians revert back to silence till November, 2014, where as sure as can be they'll be back to 'honour' our dead.
I'm tired of their hypocrisy, their silence, and their ignorance of Canadian citizenship legislation.  Not speaking out, keeping quiet, not completely embracing our fallen heroes as being ours--of being Canadian citizens--it's such an incredible dishonour to those who fought for our freedoms and identity.
That's why today, on a day with specific moments of silence, I choose not to.
Below is a real letter that helps explain this ongoing injustice in real terms, and how it affects real people. Please, in the coming weeks and months, join with us and speak out. Contact your MP and Senator.
Jackie Scott, the daughter of a Canadian war veteran, is still being denied her citizenship application on the basis that her father was not a citizen at the time she was born. She says:

"It is reprehensible that those who died for Canada during the First and Second World Wars are denied their Canadian citizenship.  It is past time the Canadian government stepped up and corrected a serious wrong.

"As we approach Remembrance Day, I believe we must inform Canadians that their government refuses to recognize as Canadian citizens those who made the ultimate sacrifice.  I was told personally by Jason Kenney that these soldiers were "heroes" but never citizens of the country they defended.  Most Canadians are unaware of these facts. Those that I question and inform are indignant.

"Please, please in any statements you make for Remembrance Day, speak up for those who can no long speak for themselves.  Our war-dead deserve our respect, our appreciation, and our voice."

Canadian soldiers were Canadian citizens. Period and full stop.
"Two minutes in time, it's a pittance in time.  May we never forget why they died.  Lest we forget."  All of these are Remembrance Day slogans.  Let me add mine. "Lest we ignore."
Find out more at the Lost Canadians website.
Read More:
Share on Facebook Share on Twitter