The perception of a bloated, ineffective and inefficient TransLink was more powerful than any grandiose vision of the future. 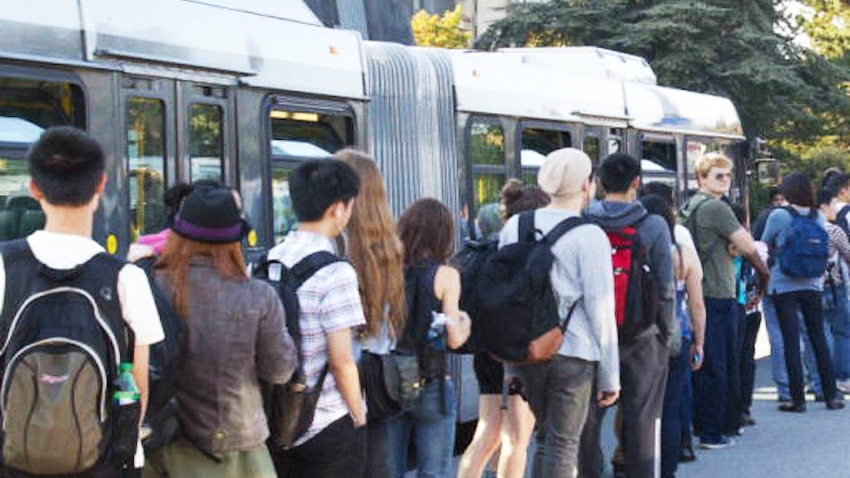 The votes in the Metro Vancouver Transportation and Transit Plebiscite have been tallied and the results are in. Metro Vancouver said “No.” This was not a surprise. Those of us who looked at the trends overtime saw numbers that were practically impossible to overturn, regardless of how hard politicians and volunteers campaigned to get a “Yes” victory.

There are several lessons in this defeat.

You can’t put a hard hat on TransLink or demonize an inexistent opponent. This was a plebiscite of perceptions, and the perception of a bloated, ineffective and inefficient TransLink was more powerful than any grandiose vision of the future. Very little was done to counter TransLink’s negative image, and the “No” camp kept growing as the months progressed.

Don't promote something that was not in the ballot. This relates to the ballot that was used in the plebiscite. The changes in the description of the projects from the first iteration of the ballot to the one that was authorized by the B.C. government were noticeable. There was no mention of a “tunneled subway to UBC” or “light rail in Surrey”, but only the promise of “rapid transit.” Many voters were distraught when they saw their mayors promote something that was not in the ballot, either by design or imprudence.

A partial tax cannot be embraced unless it is accompanied by an expiration date. “No” voters consistently told us that they were worried about the tax being higher in the future, and not staying at 0.5 per cent. There was no messaging from the “Yes” side to counter this problem. Terms are always clear when we vote federally, provincially and municipally. On this plebiscite, they were nonexistent.

Never hand your opponent a tool to attack you with. By discussing a Plan B very openly, Surrey Mayor Linda Hepner threw off her constituents, who were not about to vote for a new tax hike if their head of government was already contemplating a different way out. The fact that Hepner’s statements made it to the campaign literature of the “No” side further exacerbated the problem. It was not the best time to offer reassurance in the event of a possible defeat.

Politicians can and should be able to disagree. This one that became abundantly clear after the fuel spill in English Bay. The fury that was evident when Vancouver Mayor Gregor Robertson complained about inaction from provincial and federal authorities was nowhere to be seen when this referendum/plebiscite was forced upon our cities. It would have been more advisable to offer a strong rebuttal of the provincial government’s behaviour, instead of carrying on with an ill-conceived exercise that had little chance of success. Vancouverites, especially, would have been appreciative of the mayor standing up to Victoria and demanding a real solution.

This type of campaign is not won on the phone. The total number of votes for Linda Hepner in the 2014 Surrey Mayoral election was 50,782. Just a few months later, only 42,519 Surrey residents mailed a ballot for “Yes”—a 16 per cent difference. It would seem that without Dianne Watts, the phrase “campaign machine” cannot be used to describe the Surrey First party.

Be transparent. This is the easiest one to implement. Even on an issue as simple as research and promotion, TransLink opted to be secretive. This modus operandi probably got some voters thinking. If the corporation cannot be open about its handling of thousands of dollars, how will it behave when it has new millions to spend?

So, where do we go from here? 'Yes' voters wanted a better system, but did not endorse TransLink. 'No' voters wanted to send a message. On this, both sides agree. The main priority outlined by residents in the Insights West “exit poll” is reforming the way TransLink operates. There can be no clearer interpretation of the results than the fact that TransLink is blamed primarily — by both Yes and No voters — for the outcome.

Unless there is a truly convincing process of reform, Metro Vancouverites will find it hard to support any new projects, with or without a tax hike.