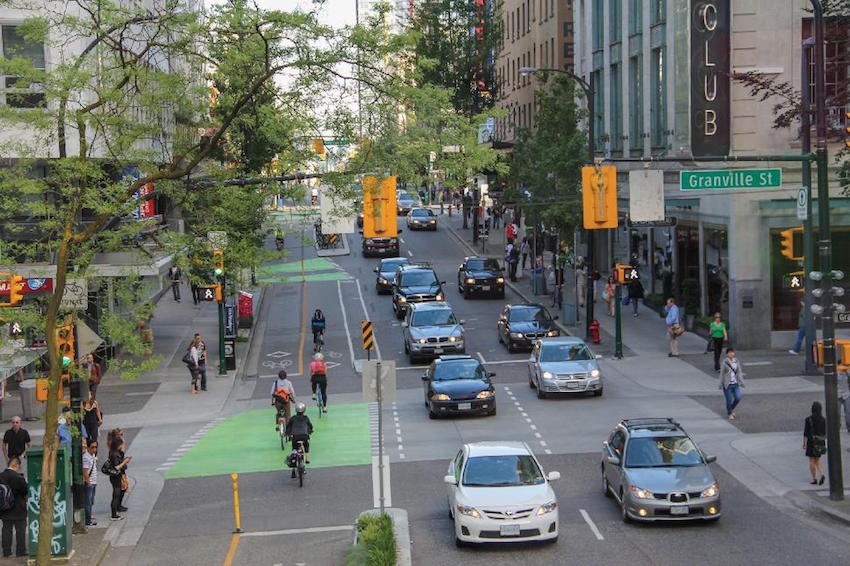 In Canadian cities, most people move around today the same way they did a decade ago. Which is to say, for the most part, personal cars still dominate, while walking, cycling, and transit represent a smaller piece of the transportation pie.

Even Vancouver, which is held up as a fine example of transportation planning, sees 50% of trips in the city made by automobiles. While progress is being made in shifting to other modes, the way people get around seems destined to stay about the same for the foreseeable future.

But behind the scenes the fundamentals of passenger transportation are undergoing seismic shifts.

Converging developments in autonomous car technology, sharing platforms, and vehicle electrification promise to reshape the future of personal mobility in places like Metro Vancouver. Over the last six months, Tesla eclipsed General Motors as the most valuable car company in the United States.

Uber registered its two billionth trip, while its ride sharing platform, UberPool hit a high watermark of nearly a million trips per day in China. Ford recently bankrolled a billion dollars into an artificial intelligence startup for vehicles. Daimler, Renault, Google, and others are developing and pitching their own driverless car solutions.

To be sure, it will be some time before this tsunami of new technologies and business models hits the shores of personal mobility. Ever bullish, Elon Musk says most new vehicles will be capable of autonomy inside of ten years. Total SA, one of the world’s oil majors, claims that up to one third of new cars sold could be of the electric variety by 2030. More sober predictions peg mid-century as the point when autonomous vehicles become either the majority or even mandatory.

Regardless of when autonomous vehicles, possibly electrified and shared, become mainstream, they promise to massively impact the shapes of communities—for better or worse. Even the limited adoption of driverless cars covering 5-10% of trips in a city, which is entirely possible within ten years, will have wide-ranging impacts on transportation systems.

How are cities planning to tackle the challenges and opportunities presented by driverless vehicles?

Some municipalities are staying ahead by hosting active trials. San Diego, whose regional planning agency sees driverless cars starting to displace conventional automobiles by 2025, is home to a cluster of tech providers.

In Pittsburgh, Uber users were treated to free rides in luxury SUVs as part of an experiment. The caveat? Passengers had to be OK with a computer behind the wheel. Pittsburgh’s edge in the autonomous vehicles arms race is a high concentration of local robotics experts, thanks to its partnership with Carnegie Mellon.

Minister says ride-hailing service Uber will operate in B.C. by end of 2017

Opinion: Would you, should you invest in Uber?