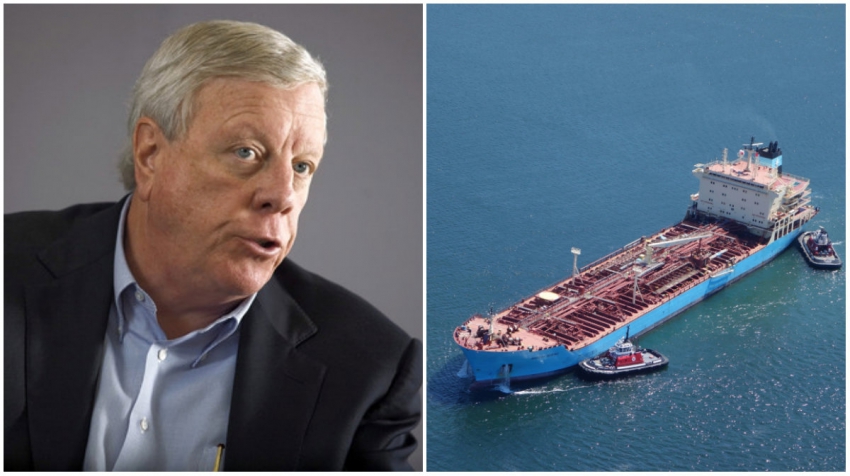 Your government is an Intervenor in the National Energy Board Section 52 public  interest review. The hearing is to determine if Kinder Morgan’s Trans Mountain Expansion Project is worthy of a public license to construct and operate a twin pipeline. The system will transport more than 890,000 barrels a day of primarily diluted bitumen to BC’s west coast.

Most of this heavy oil is destined for Westridge dock in Burnaby where it will be loaded onto tankers for marine transit. The tanker traffic triggered by the expansion means two oil tanker transits a day in the Salish Sea and Burrard Inlet. A number of oil tankers will be regularly parked in English Bay and Burrard Inlet awaiting loading.

The Province’s application to participate as an Intervenor in the NEB process reads, “the Province would be directly impacted by the project’s economic activity, including that which would result in revenues to the Province.”

I am writing to you to advise you of results of my research into Trans Mountain’s tax obligation and how that fundamentally impedes the Province’s ability to receive revenue.

Kinder Morgan claims that Trans Mountain is a significant contributor to federal and provincial income tax revenues. The company is relying on this as proof it deserves a public licence to triple its pipeline capacity. Pouring tax revenues into Canada is not the story Kinder Morgan tells its US-based shareholders. Promoting Trans Mountain south of the border, Kinder Morgan boasts of cash tax refunds—two in the past five years.

How could this be? The answer lies in complexities of the Canadian and US corporate tax regulation and Kinder Morgan’s tax planning culture which is explained in the attached brief.

I believe Canadians are owed an explanation why this US multinational pays so little in Canadian corporate income taxes. Trans Mountain plans to triple its capacity and because of economies of scale suggests it will pay a tax rate of 25% on its net income leading to about $100 million a year in federal and provincial corporate income tax.

Based on their structure and corporate culture, this is false.

The Province must request that the Canada Revenue Agency undertake a full and comprehensive audit of Kinder Morgan’s activities in Canada.

Below: an in-depth explanation based on research of Kinder Morgan's U.S. activities, highlighting discrepancies in numbers in the Trans Mountain application and why the company's promises of large tax revenues to Canada deserve closer scrutiny.