The Kinder Morgan Pipeline: An unhealthy choice for B.C. 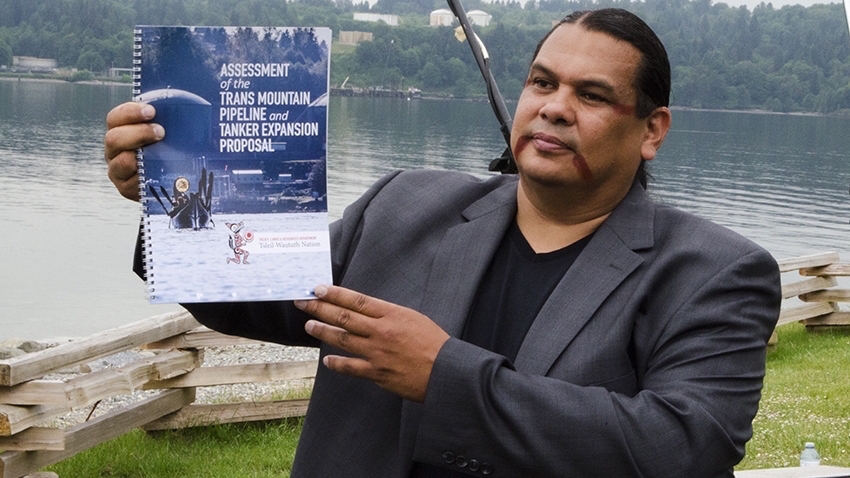 As the City of Vancouver and the Tsleil-Waututh, Squamish, and Coldwater First Nations prepare to take legal opposition to the project, members of The Public Health Association of BC (PHABC) are voicing their concerns about the health impacts of the Kinder Morgan Trans Mountain Pipeline Expansion (TMX) project.

Why? Because according to the World Health Organization (WHO), the state of our environment, such as clean air and water, has more impact on our health than access to healthcare services.

The TMX project does not take into account the potential health and related economic costs due to the very real chance of an oil spill, air pollution, and climate change. Dr. Tim Takaro of Simon Fraser University submitted a report to the National Energy Board (NEB) concluding that a proper assessment of the health impacts of the TMX has not been done, nor was climate change considered during the NEB process.

As a result, B.C.’s approval; of the TMX is in error, as it is based on a flawed and incomplete assessment of the health impact. Therefore PHABC is asking the B.C. government to reverse its decision on the TMX until it has conducted a proper health impact assessment, including consideration of some of the issues noted below.

Physicians are worried that in the event of a spill (Kinder Morgan does not have a reassuring safety record) Canadians would be exposed to benzene, a carcinogen with no known safe exposure level, as well as other chemicals which are carcinogens and/or cause cardiovascular, respiratory, or neurological effects, and/or reproductive and developmental effects.

Even without a spill, vulnerable populations, such as the children who live in the vicinity of the TMX are a cause for concern. A report from South-Eastern Texas looking at the relationship between ambient concentrations of benzene and butadiene and the incidence of cancer in children found elevated rates of leukemia around the areas with the highest levels of these chemicals in the air.

Both children and adults who lived near some of the best studied spills, who were greatly impacted as far as livelihoods or contact with the oil spill, had increased risk of anxiety disorder, post-traumatic stress disorder, and depression, lasting from 1.5 to 8 years; Indigenous people and women were more likely to experience depression. Mental illness costs Canada billions of dollars each year.

Much like the NEB, we haven’t even talked about climate change yet, nor the health impacts of fossil-fuel-related air pollution.

Canada is warming at a rate almost twice the global average, more in Northern Canada. When people living in Northern B.C. are increasingly impacted by climate change, from food security due to declines in the caribou population, to unstable ice roads, to the stress impacts of seeing the impact of climate change on the landscape, expanding our fossil fuel infrastructure seems counterproductive.

If the human health costs are not steep enough, the health care costs of climate change and fossil fuel burning are exorbitant. The 2008 report from the Federal Roundtable on the Environment and the Economy estimated that premature mortality due to heat and air quality impacts, some of which are exacerbated by climate change, between 2010 and 2100 range between $164-285 billion for Vancouver, Toronto, Calgary, and Montreal alone.

According to Dr. Margaret Chan, Director-General of the WHO, “the omission of health damages from polluting fuels [is] the largest of the subsidies provided to global energy production [ totaling] US$5.3 trillion in 2015. This is larger than total health spending by all of the world’s governments.”

In the future, the B.C. government should incorporate a proper independent health assessment into the environmental assessment process, as the Canadian Association of Physicians for the Environment have recently advocated to the federal government.. In the case of all energy system proposals this should include the health effects and costs of climate change and air pollution.

Beyond that, the B.C. government needs to undertake a comprehensive health impact assessment of B.C.’s energy systems, energy exports, and alternative energy scenarios. The absence of such information means that BC is making energy policy decisions with just one eye open to the benefits, but without a true appreciation of the costs.

See more
Opinion: Upstream and downstream health impacts of the Kinder Morgan Pipeline are not worth the risk
The Trans-Pacific Partnership, health, and climate change: time to listen to your doctor