B.C.’s cash-strapped public school boards have been forced to close schools, cut programs and staffing, while public funding for private school has been increasing. 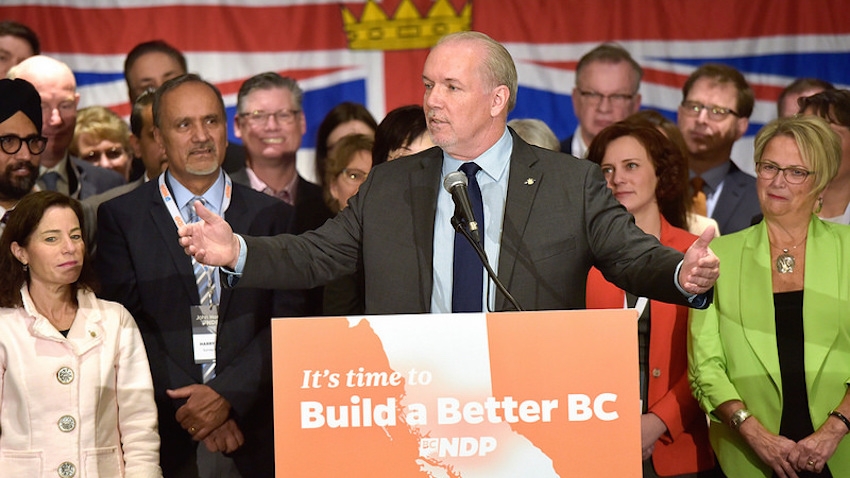 John Horgan has some tough decisions to make about whether to continue funding B.C.'s private schools. Photo: BC NDP Flickr.

There are strategic political decisions and there are the right decisions. Those can be different things. In my eight years serving at the bottom of the political food chain as a Vancouver school board (VSB) trustee, I enjoyed being able to do the latter.

That’s the freedom that comes with doing a job that few want and doesn’t pay well.

It felt good to do what I knew was right, even if it meant a backlash from opponents or even supporters. I could look myself in the mirror and sleep well, knowing I’d done what I truly believed was the best thing for students.

Not for donors, not to win votes from people whose values I found abhorrent and not to shield myself from attack from critics. Just because it was the right thing to do.

Sometimes more experienced friends in higher political offices or back rooms advised me to think about backing down from bold positions for strategic reasons. I usually ignored them and I’m glad I did.

My approach to elected office was to make every decision as if it was my last day in office with no plans to ever run again.

It’s also one of the many reasons I’ve declined opportunities to run at the federal or provincial level. I’ve watched too many people I respect have to swallow their values and defend decisions they’re personally opposed to.

I don’t want to do that, but I understand they do it with the hope that they can be part of making positive change on the inside, even if that means compromising. They’re probably right. That’s how politics works. Usually.

So, while I understand provincial political parties’ reluctance to tackle the thorny private-school-funding issue, I believe it’s time someone took a bold stand and did the right thing, even if they don’t think it’s a vote-winning strategic move. It worked for Trudeau on the budget-deficit issue. Voters can surprise. (Oh, can they ever!)

I’d be more inclined to get out my cheque book and go knock on doors for John Horgan and the B.C. NDP if they’d commit to phasing out public funding for private schools.

Frankly, I find their timidity on this topic embarrassing and increasingly indefensible.

Public opinion polls think so, too. The B.C. Liberals are clearly a lost cause on this issue.

Public school boards across the province have been struggling with devastating school closures and budget cuts for years under the Christy Clark Liberals.

With so much money now being redirected to education to fund the B.C. Teachers’ Federation’s massive court victory, the B.C. NDP is struggling to find its footing on some progressive education promises that will clearly define them on election day.

They know big spending promises will come under attack from the B.C. Liberals so they need to figure out how to pay for funding improvements.

For those of us who aren’t political strategists, there’s a simple answer: redirect the $380 million in public funding that’s going to B.C.’s private schools into public schools, over and above what the Liberals are committing for funding the teachers’ settlement.

There are many non-teaching areas that were cut and need to be restored.

Most faith-based schools get 50 per cent, while the elite, university prep schools tend to get 35 per cent. They can also claim 100 per cent of special education grants for eligible students.

What we have here in B.C. folks is a de facto voucher system.

They’re worried about the thousands of families who send their kids to faith-based schools. They’re worried they’ll lose their votes and they won’t pick up any new ones in return. Yet they know it would be the right thing to do.

I get their reluctance, but if we’ve learned anything from recent elections in Canada, the USA and abroad, it’s that voters are looking for change and bold positions.

I grind my teeth a little every time I drive past one of the elite private schools in my west side Vancouver neighbourhood, and not just because the rows of high-end SUVs creating traffic jams at drop-off and pick-up times.