If the Pope gets climate change, why can't we?

OPINION: As Premier Clark recalls the B.C. legislature to expedite our LNG deal with Petronas, Raffi urges her to heed the Pope’s message on climate change. 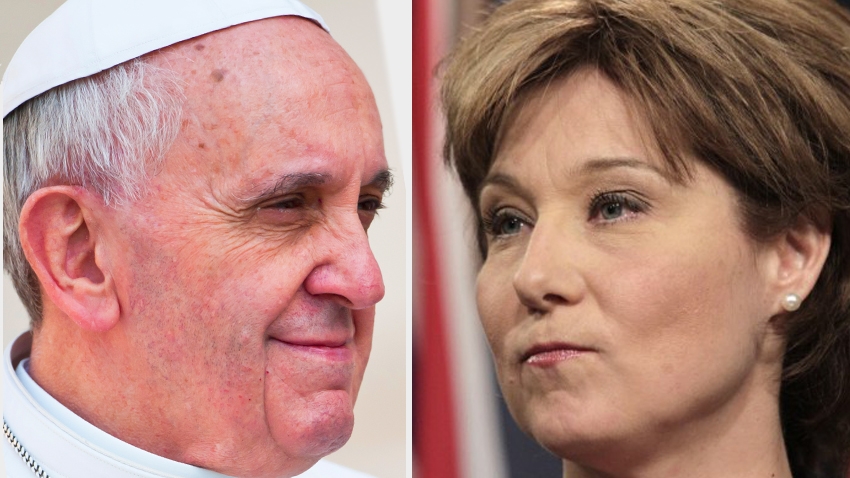 The global tide may be changing following the Pope's stand on climate change — unless you're Christy Clark.

In an unprecedented season of hundreds of B.C. wildfires, Premier Christy Clark can disappear from view for a long time. Yet she is calling a rare summer session of the provincial legislature for an LNG debate (so-called), to rubber-stamp the ratification of her government’s first proposed LNG project, near Prince Rupert.

The premier who would balance the B.C. budget on the backs of teachers and families with budget cuts to numerous services paints a rosy picture of LNG. The facts speak differently.

What Clark won’t say is that LNG production involves filthy fracking: a process that involves drilling underground high pressure injections of water mixed with sand and many chemicals known to be dangerous to human health and our environment.

Fracking is also linked to substantial increases in earthquakes in regions not previously known for them. In just one week last month, Oklahoma had 35 earthquakes of 3.0 or greater magnitude, and this has alarmed oil and gas regulators. Quebec Premier Couillard has turned his back on fracking.

Last month the state of New York issued a ban on fracking, after reams of peer-reviewed studies that show fracking is harmful to air and water quality. What’s more, the LNG life cycle has a carbon footprint as bad as coal. Still, Clark ignores these facts in her sales pitch, calling LNG “the cleanest fossil fuel on the planet.”

My New York state colleague, Sandra Steingraber, an award-winning ecologist, has been a leader in the fight against fracking. Often cited as the modern day Rachel Carson, Steingraber and her team have made summations of the formidable and growing science on fracking. The studies offer a decisive scientific case against the water-intensive practice.

What’s surprising is that B.C.’s NDP is not opposed to massive LNG development, only to the way Clark peddles it. In Victoria’s  legislature, eminent climate scientist and MLA Andrew Weaver has stood alone against the BC Liberals’ LNG plans, not for its eco-harm (as we might expect from him), but because the numbers don’t add up. Weaver has outlined in detail how Clark’s assessment of LNG wealth is flawed, and how her prosperity projections are fantasy.

Have corporate donations blinded the premier?

Why would Clark ignore the science and the numbers? Is she not sufficiently briefed? Or, might it be the blinding influence of millions of dollars in oil and gas company donations that her BC Liberals have received? Can democracy be so overrun by money as to corrupt sensibility and duty? In the current corporate climate, it happens all too often.

You don’t have to be a climate scientist to sense that climate change is the foremost issue in the 21st century. The greatest threat to life as we know it. Public education, properly funded, could ensure that the populace has the required learning base for urging elected representatives to champion climate-smart policies.

Pope Francis has become the leading global figure advocating for climate action. His encyclical on climate change is, for all nations, a stirring call to action. To be effective, B.C.’s climate strategy needs to be more than a carbon tax, and there’s simply no room for LNG risk.

At a critical time for addressing the global threat, we need political leaders who get the climate emergency, soundly embrace sustainable clean energies, and will tell the whole truth about our energy choices. Forget the dirty money “jobs and billions” dreams Clark and her Cabinet cronies sell. Their sleight of hand is clumsy, bad for B.C., bad for our planet and the children to come.

We can and must do much better.