Emma Pullman is writing stories from impacted communities on the front lines of the tar sands in the lead up to the 4th Annual Healing Walk, a spiritual gathering and 14 km walk to pray for the healing of the land and people at the front lines of tar sands expansion. The Healing Walk is July 5-6, 2013 in Fort McMurray, Alberta. You can follow her work here and on Rabble.ca. 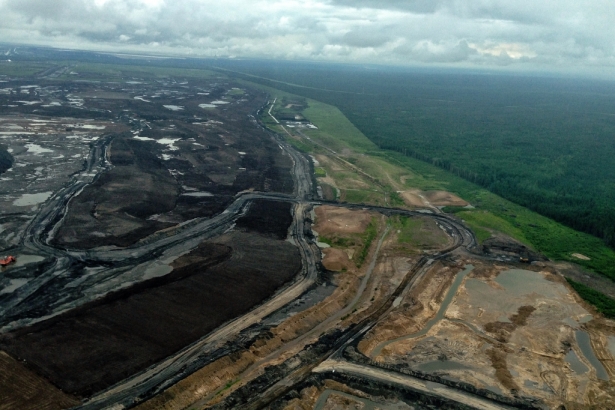 While many Canadians are celebrating the 146th anniversary of this country, I don’t much feel like celebrating today. Right now, I am at the Beaver Lake Cree Nation, a community whose traditional territory is on both the Athabasca and Cold Lake tar sands projects.

It’s hard to take part in the festivities when you understand the colonialism, genocide, theft of land and resources and broken treaties that are part of the history of this country.

"I ask you to dig deep inside of yourself and think about how we can work together to rectify the colonial legacy of Canada. I ask you to walk with me and others to truly create a place that is worth celebrating. I ask you to stand up to create a Canada that acknowledges the wrongs of yesterday and today, and paves the way for dignity and respect for all peoples tomorrow and all the tomorrows that follow.”

My own reflection of her words has led me to think about treaty rights, and how few Canadians understand the treaties or what it means to be Treaty Peoples. So today, I sat down with Tantoo Cardinal, Crystal Lameman, Maria Laboucan-Massimo and Melina Laboucan-Massimo, all members of Treaty 6 and Treaty 8 territory. And I did what feels like the most patriotic thing I’ve ever done on Canada Day -- I learned about Treaty 6 and Treaty 8, the treaties of the lands most impacted by the tar sands.

“It says in the Treaty that we will share this land with you to the depth of a plough,” Crystal said to me.

Senator Allan Bird, Montreal Lake Cree Nation, is directly quoted on Treaty 6: “the government said that we would live together, that I am not here to take away what you have now…I am here to borrow the land…to the depth of a plough…that is how much I want.”

That’s why according to Treaty law, anything that comes out of the ground that creates revenue belongs to First Nations.

Crystal adds, “As per the Treaty, anything that comes out of the territory is supposed to go to those people. The federal government has a fiduciary responsibility with the First Nations who entered into Treaty.”

But for Maria Laboucan-Massimo, the Lubicon territory where she is from has seen $14 billion in resource dollars leave her territory. That money goes to federal government, and into a kind of bank. While the rest of the country uses this money, her community doesn’t see much of it.

“The revenue from the resources that are taken from our traditional territories rarely go back into the communities they come from. It’s like a trickle-down effect. That’s why First Nations communities still live in poverty,” says Melina Laboucan-Massimo.

“We should have more of a say in how the land is being utilized. We should have free, prior and informed consent and the ability to say ‘no’, especially when there are viable alternatives to the tar sands.”

Crystal explains, “It says in the Treaty that we will share this land with you to the depth of a plough.”

The Treaty effectively says that the government cannot own the products of tar sands mining. Crystal goes on to say, "any of the resources beyond the depth of the plough belong to us.”

After my conversation with Tantoo, Crystal, Melina and Maria ended, I reflected that I still know so little about the histories that connect this country.

I have much to learn, and will always be learning and understanding Canada’s colonial history.

But tonight, on this Canada Day 2013, I’m going to start by reading the treaties.