Fracking and LNG Projects: What is really at stake for our long term health? 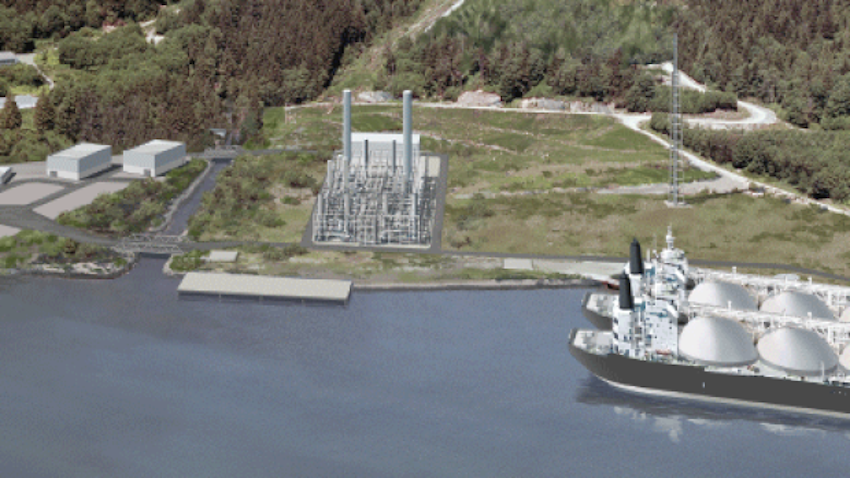 The Woodfibre LNG in Squamish has received environmental approval from the federal government. A preliminary project configuration shows the proposed plant on Howe Sound, B.C. Image courtesy of Woodfibre LNG.

In March 2016, the Woodfibre Liquefied Natural Gas (LNG) processing project was approved, granted with some conditions.There is a great deal of worry from scientists about the health implications of LNG projects in B.C.

Sound science from the Pembina Institute and many academic sources say that this project, and the Lelu Island Pacific NW LNG project are not good investments for BC, either for reasons of habitat destruction, or for the fact that they could possibly represent a large chunk of the BC 2050 carbon budget, making it very hard to meet our targets.

We can easily argue the health impacts of climate change, be they the thawing of ice roads that bring food and supplies to Northern communities or increased heatwaves which the Canadian Health atlas predicts will increasingly cause heat related deaths, or more insect borne disease, or even threats to food security.

Some would claim that LNG is a cleaner burning transition fuel than coal, which may be the case; however, whether LNG is actually less GHG intensive from extraction to burning is extremely controversial.

I would argue, however, that talking about individual projects is part of a larger conversation; another extremely important issue much upstream of actually burning the LNG is how it is obtained in the first place: hydraulic fracturing or fracking.

In order to extract the rather harmless sounding Liquefied Natural Gas, companies must use huge quantities of water, millions of gallons which can never be returned to the water table.

In a warming world with increased droughts and worries about salmon having enough water to get upstream, do we really want to be taking water out of circulation?

The water is mixed with all sorts of chemicals that need not be disclosed, including chemicals like benzene, which is a cancer causing agent with no safe human exposure limit.

The health-related impacts of some of the chemicals used in fracking have been found to cause problems for the lungs, digestion tract, skin, brain, immune system, hormones, and reproductive organs, among other negative impacts on humans, pets, cattle, and wildlife species.

During the fracking process, water containing a variety of chemicals and sand is injected into the ground at high power to create fractures to release the trapped gas and bring it up to the surface.

Oil and gas extraction has been done for decades using vertical drilling however, horizontal drilling at the intensity it is being ramped up to has been used for a relatively short time, meaning the local people and the health officials have very little data to work with to understand the health implications.

The majority of the health reports we have on fracking highlight that we simply do not know enough to do it on such a large scale.

However, in recent years reports are accumulating suggesting serious health impacts for populations in the areas where fracking takes place; in BC, this is largely the northeastern area of the province, principally Treaty Eight territory.

According to studies recent studies by Yale University of the potentially over 1000 compounds used in fracking, about 70% cannot be identified; in other words, only 30% have some known information about their human health implications.