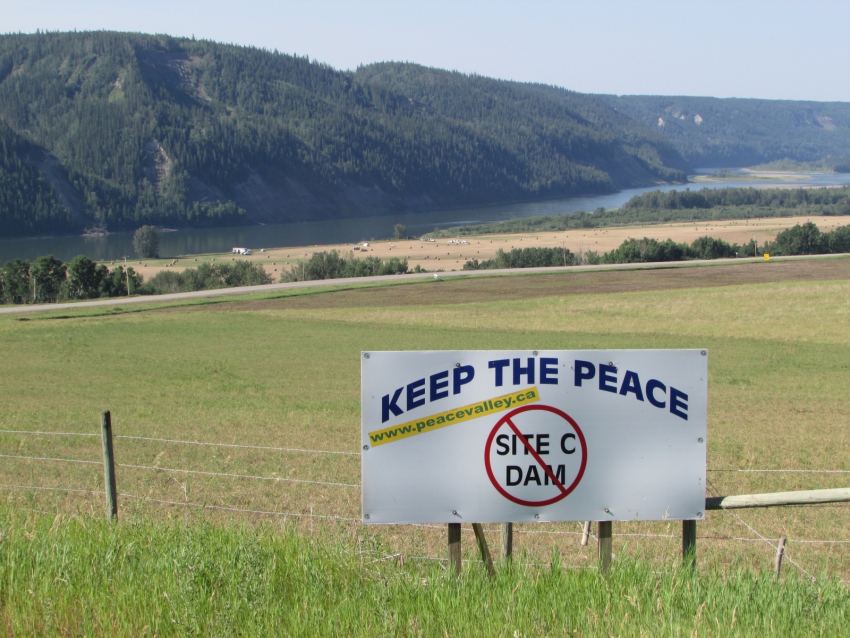 A recent poll found only six in 10 British Columbians have heard of BC Hydro’s $8 billion proposal to build a third hydroelectric dam on the Peace River.

But the decision about whether to build the Site C dam will directly affect all of us — from the implications for our electricity bills to the flooding of some of B.C.'s best agricultural land.

After more than 30 years on the books, the provincial and federal governments are expected to decide on the project by Oct. 22..

“I only want to build Site C if it makes the most sense for the people of the province,” B.C.’s Energy and Mines Minister Bill Bennett told the Vancouver Sun on Sept. 10.

So, does Site C make sense for the people of B.C.?

Someday, B.C. will need more energy. “The question is when,” wrote the joint review panel assessing the project. “A second question is what alternatives may be available when that day comes.”

Unable to answer those questions, the panel asked the province to refer the project to the independent B.C. Utilities Commission — something that has not happened.

“Justification must rest on an unambiguous need for the power and analyses showing its financial costs being sufficiently attractive as to make tolerable the bearing of substantial environmental, social and other costs,” the panel’s report said.

There are five key reasons why the Site C dam isn’t justified.

Big hydro dams tend to cost a lot of money, take years to build and bring one massive lump of power on-line in one fell swoop.

The Site C dam is no exception. With a price tag of $8 billion, Site C is the largest proposed infrastructure project in Canada. In its first four years, the dam is expected to lose $800 million while it sells surplus power at a third of what it costs to produce it.

“We have absolutely no confidence that this is the least cost plan,” says Richard Stout, executive director of the Association of Major Power Customers of B.C.

2. There are cost-effective alternatives.

The Clean Energy Association of B.C. recently put forth a portfolio of renewable options it says would cost $1 billion less than Site C over the next 70 years.

What’s more, the joint review panel took the B.C. government to task for failing to pursue research into B.C.’s geothermal resources over the last 31 years (the last time Site C was rejected).

Even with next to no research, BC Hydro has estimated geothermal energy could economically replace two-thirds of Site C’s power.

The joint review panel said BC Hydro failed to prove that Site C’s power is needed in the immediate future.

Even if the liquefied natural gas (LNG) industry takes off, it wouldn’t justify building the dam. LNG plants are likely to be powered by natural gas and, even if they did use electricity, the power would be required before Site C became operational circa 2024, according to the panel.

4. We can't afford to flood farmland.

The Site C dam would impact 13,000 hectares of agricultural land — including flooding 3,800 hectares of farmland in the Agricultural Land Reserve (ALR), an area nearly twice the size of the city of Victoria.

That’s roughly equivalent to taking the agricultural land base in Delta out of production. Those Peace Valley lands could produce fresh fruits and vegetables for a million people, says agrologist Wendy Holm.

5. The Peace has paid its price.

“The project would be accompanied by significant environmental and social costs, and the costs would not be borne by those who benefit,” wrote the review panel.

“We have become the cash register for the province…Now our way of life is going to be interfered with again,” Liz Logan, Treaty 8 Tribal Association Chief, said.

West Moberly Chief Roland Willson has vowed to challenge the decision in court if an environmental assessment certificate is granted.

In a nutshell: while mega dams may have been a bright idea in the 1960s, in 2014 there are smarter ways of generating electricity. Instead of toiling over an outdated project, let’s move on to 21st century energy solutions.