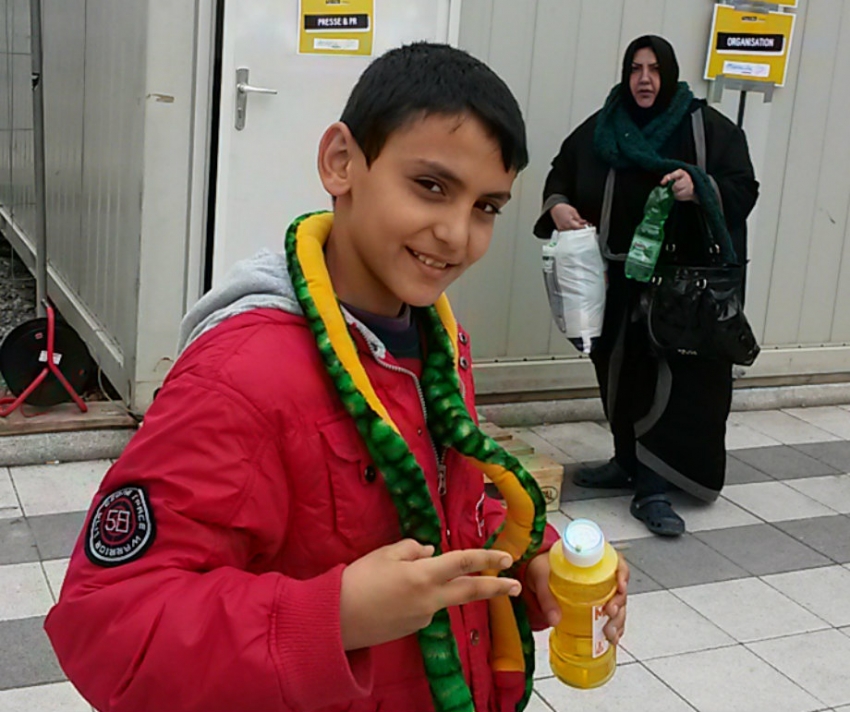 Refugee boy near a train station in Vienna. Photo by Peter Nix

At the end of a six-month journey of low-carbon travels (no flying, no cruise ships), my wife and I witnessed the refugee crisis unfolding in Europe. There were 30,000 people fleeing into European countries on some days. In late September, we headed for the Vienna train station in Austria.

Here, families have almost finished an horrific journey; they went from refugee camps to dangerous boat crossings, then made an exhausting scramble through some unfriendly countries. Many sold everything they own to escape conflict.

But in Vienna, some became marooned in a sea of jurisdictional squabbles, justifiable national concerns, and a lack of money.

Walking into a vast glittering train station in Vienna, we see huddled families sleeping and eating on floors. Some are in tents. 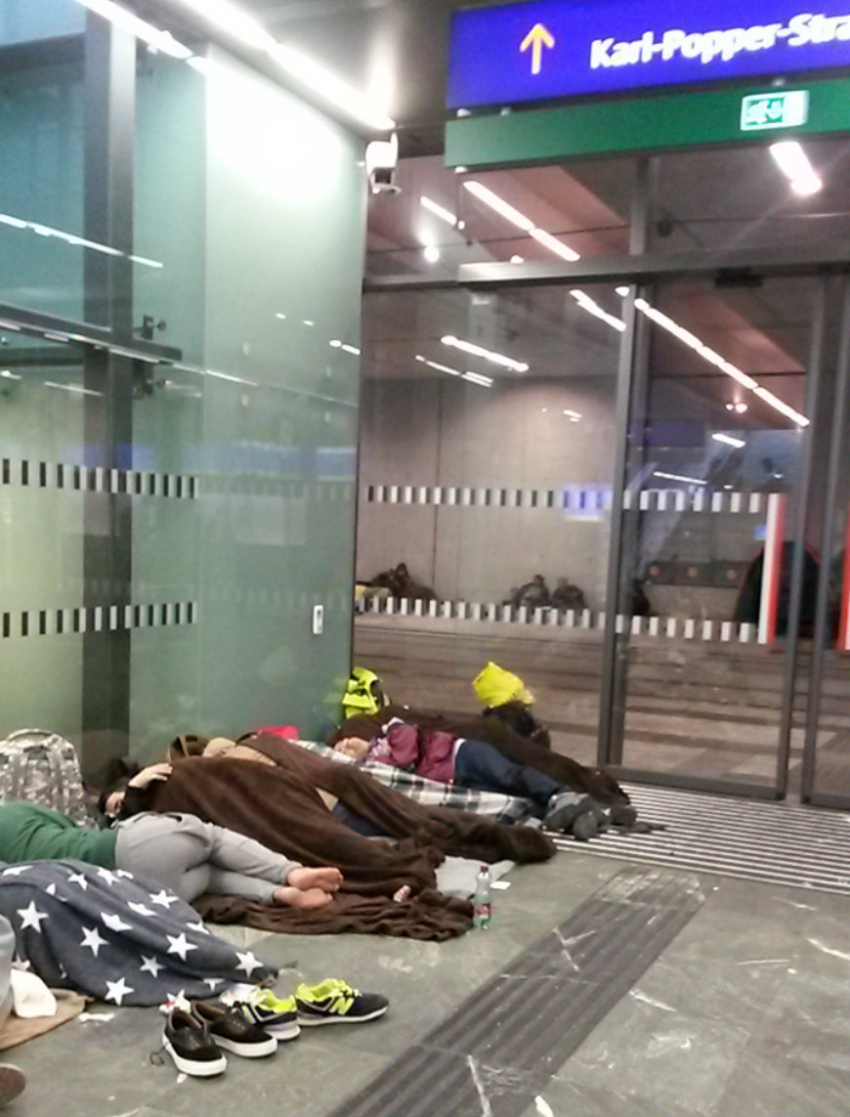 Exhausted parents struggle to keep toddlers out of mischief, babies into diapers. Scruffy kids play soccer beside tourists eating at a nearby Burger King.

At the very back, refugees patiently wait to enter tents with donated items and hot showers. Police are present, but seemingly not needed. Generous citizens stream in with more donations. Volunteers do administrative, cleaning, and food preparation duties.

My wife and I thank Austrians at every opportunity during our visit there: for welcoming refugees, in spite of economic concerns; for their belief in humanity, in spite of ethnic differences.

We sign up for volunteer jobs. Mine consists of carrying donated coats and pants to the men's clothes tent, putting them on racks, keeping them in order amid the rush.

One man shows me his wrecked shoes and torn-up feet. Surprised, I blurt out: "Sorry, no shoes here."

My sympathetic wife takes him to a first-aid tent, then on a quest for shoes.

Like my initial cautious response to that man's dilemma, Canada's bureaucratic caution responding to this crisis can harm innocent families. So instead of acting like a reluctant government official, or an indifferent salesperson, I become more engaged, more aware.

I exchange solemn smiles with an elderly man needing to replace his worn-out coat. We both shrug, recognizing ourselves in each other. He should be weeding his garden, or babysitting grandkids, like me. But he cannot. We share a quiet shoulder hug. I get him the best warm coat I can find.

When I find a soccer T-shirt for one small boy, his face lights up. I high-five another, getting a shy smile. A teenager tries on new pants; but a frail curtain collapses, exposing his butt momentarily. We share a laugh.

At the end of the journey, we re-enter our world, heading for home on Vancouver Island: train to Paris, bus to Liverpool, cargo freighter to Philadelphia, train to the west coast.  Hey, I never said low-carbon travelling was quick.

On that long journey, I reflect on events through my environmental lens. How are Canadians dealing with global warming?  How will we treat refugees from a drought-stricken Mexico? Or other countries?

Science warns us that severe droughts will occur if we keep burning fossil fuels. You can see this happening already in parts of Canada.

But what if we are overly cautious, as I was initially in that train station? If we are too hesitant, too inactive in dealing with climate change?

When this happens, we ourselves become refugees — fleeing from our responsibility to act on the reality of climate change.

See more
Views from a refugee camp: Who gets into heaven?
An Afghan story from a Greek refugee camp