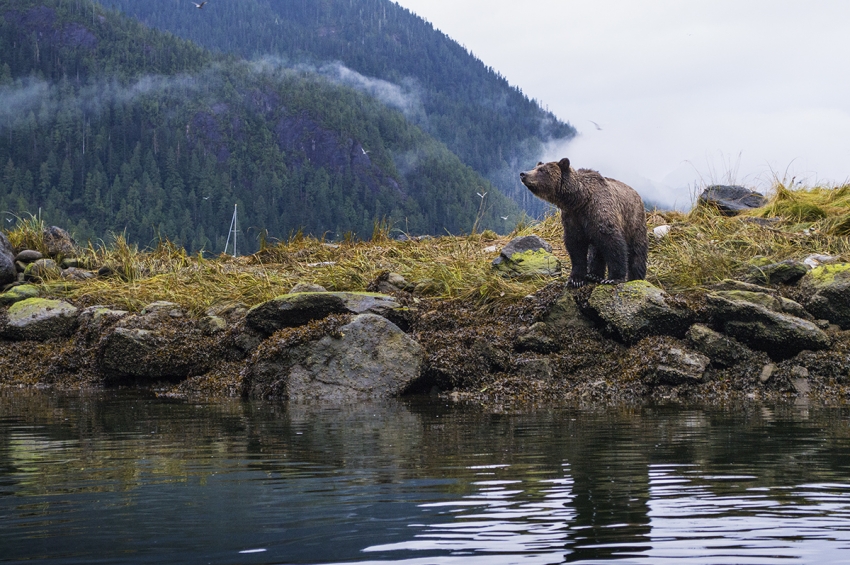 September 1st marks a dark day in British Columbia - the start of the province’s controversial fall grizzly bear hunt. This widely opposed slaughter sees greed-driven trophy hunters setting out into BC’s wild places every spring and fall in search of a bear they can shoot and kill for nothing more than a trophy - a head to put on the wall, a rug for their floor and paws to prove their supposed prowess.

We have the BC Liberal government to thank for the continuation of this archaic and senseless slaughter. In 2001, the NDP government announced a three-year moratorium on grizzly bear hunting in BC. Sadly, this victory was short-lived. When the Liberals came into office a few months later, that moratorium was lifted and grizzlies were once again in the sights of sport hunters. Today, this Liberal Party legacy continues despite the lack of social license, science, economics and ethics.

The BC Liberals argue the hunt is sustainable, yet the very science behind this hunt is questioned by independent scientists, who state the province’s grizzly population numbers on which hunt quotas are based are flawed and overinflated. It’s also troubling to see the hunt described as sustainable given that a study published earlier this year by a government scientist found that a hunted population in the South Rockies has declined by about 40 per cent between 2006-2013, under the government’s watchful eye.

Economically, there is the logical argument that a live bear is worth more to the province than a dead one - that same bear can be “shot” with a tourist’s camera, time and time again. Meanwhile, it’s been suggested that the revenue generated by grizzly trophy hunting fees and licences fails to even cover the province's management costs for the hunt, making it a poor economic decision as well.

Ultimately, what it comes down to is whether or not the practice of killing for sport aligns with our values as British Columbians. Polling over the years has reflected clear opposition to the trophy hunt, with the latest indicating that 91 per cent of British Columbians, both rural and urban dwelling, condemn the practice.

This iconic species, the same one featured in the province’s “Super, Natural” tourism ads, has been the victim of government inaction for far too long. September 1st marks the start of the fall trophy hunt.

May 9th, 2017 is our opportunity to end it. BC’s next premier needs to be a strong advocate for local economies and ethical, effective wildlife management. I urge all British Columbians to join me in contacting their current MLAs to tell them they will be voting for the party that commits to ending the trophy hunting of grizzly bears once and for all.