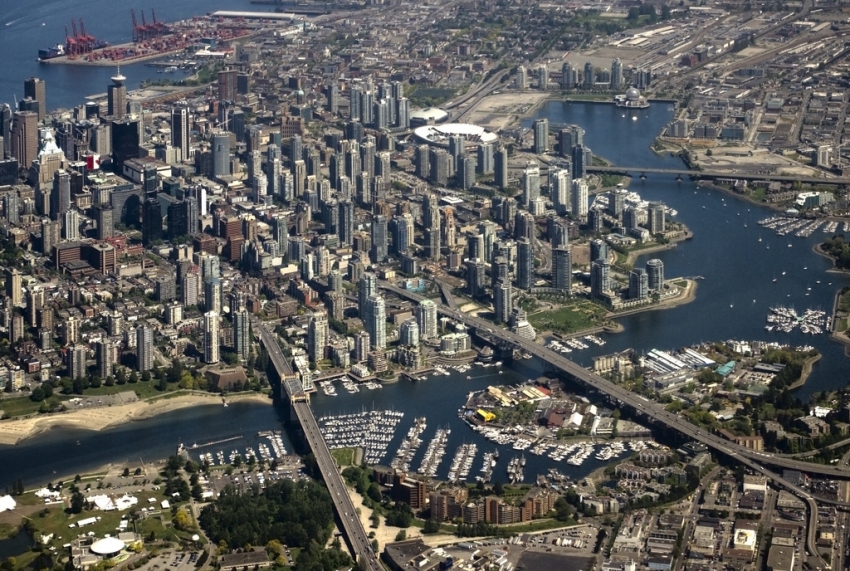 Imagine for a moment that you’re driving your car or riding the bus up the Georgia Viaduct, then past the Art Gallery on Georgia Street - so stately and official looking with all its neoclassical charm. In a straight line you traverse the grid of crossroads, through the valley of shimmering highrises that line the broad thoroughfare as it curves into majestic Stanley Park.

People jogging on the seawall, riding their bikes, walking home with groceries in hand, animating the sidewalks with their busyness, offices, residences, restaurants, parks and retail all beautifully thrown together in a hectic but surprisingly coordinated way.

Ideas come and go, but a measure of permanence remains in the lasting presence of those ideas within the built form of cities. Vancouver is one of the youngest, newest major cities in North America. Because of this it has been subject to much experimentation and adoption of innovative and controversial ideas that have been put forward by urban thinkers as it has grown and developed in the past century and a quarter.

In those few blocks above that you’ve just traveled you’ve also traveled through a good portion of that diverse urban thinking and planning practice.

We tend to move through our urban environment relatively shut off to the historical context and language of architecture and planning - architects, planners, urbanists, designers and a few other hyper-aware types aside.

Granted, we the aforementioned cabal geek out on this stuff week in week out, and it could be argued that all but the boldest of planning interventions and architectural expressions are quite innocuous when you’re rushing around between work, picking up the kids at school and everything in between. Side note, doesn't it feel good to pick up the kids at school again?

As Vancouver’s municipal election fast approaches I can’t help but be even more hyper-aware of the development of the city I have grown up in, the city that has grown up around me, as I consider the various parties and candidates vying for influence of our town’s future. This three part piece will take a look back at what urban ideas, themes, and trends have literally built our city, where we might be going, and how our vote plays a part in Vancouver’s future urban development.

In those five blocks we traveled through earlier, from the eastern edge of the peninsula to Stanley Park, we encountered the influence of many great urban thinkers of the late 19th and 20th centuries.

Robert Moses’ freeway-centric planning, most famously exhibited in New York City’s parkways and expressways and closer to home, Portland’s bridges and freeways that hack right through its urban core. Yes Portland, that Portland, is replete with Robert Moses' influence. But also with that of his detractors.

In Vancouver our viaducts were erected to connect to a similar Robert Moses-esque freeway system that was never built, thanks to Vancouverites organizing in opposition to it. Similar to Jane Jacobs in New York. A little further on we travelled past Daniel Burnham’s City Beautiful Movement at work in our neoclassical Art Gallery. Creating a stately public monument that projects a very deliberate antiquated civic aesthetic.