The international president of Médecins Sans Frontières asks: “ With all of what we’ve got in this world, how come we let things deteriorate to that level in West Africa?" 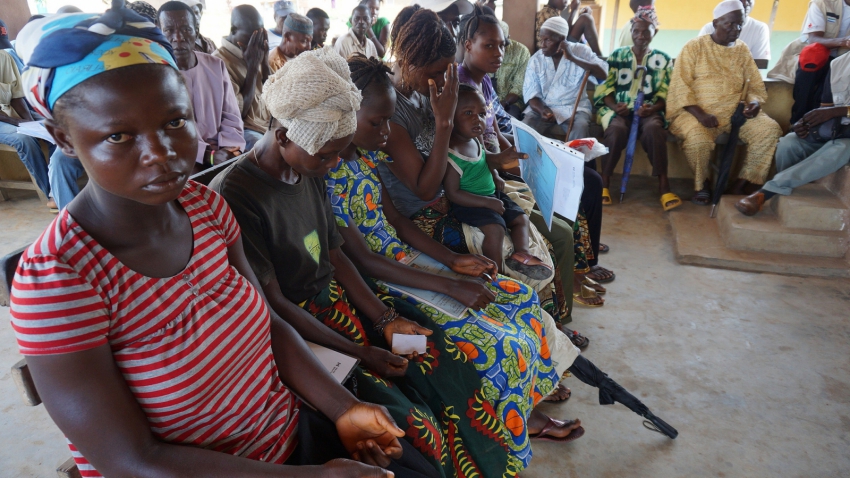 As one of the Ebola epicentres, the district of Kailahun, in eastern Sierra Leone bordering Guinea, was put under quarantine at the beginning of August. Creative Commons photo by European Commission DG Echo.

Talk of Ebola is now ubiquitous.

Preparations – or lack thereof – for the coming storm are being discussed in every major news media outlet in North America and around the world. Morally marginal questions, such as whether to cut off West Africa from the rest of the world, are garnering legitimacy in the mainstream narrative.

Of course, the threat of Ebola in wealthy countries, simply by virtue of reasonably robust public health and acute care infrastructures, remains infinitesimally lower to our populations relative to those in Africa. Yet public discussion now focuses markedly on the homefront as public anxiety builds. A similar reaction is found in other wealthy Western nations, just as the situation in Africa continues to degenerate.

This is nothing new. Africa has been perpetually ignored by Canada and other industrialized nations when oil, precious metals, or other resources are not at stake.

Yet the list of Africa's tribulations is horrifically long, complex, and incredibly tragic.

One crisis fuels the next, in turn setting the stage for yet more suffering. The HIV/AIDS pandemic, for example, has directly exacerbated chronic malnutrition levels – infected people have greater nutritional needs, and moreover sick people have a much harder time growing food.

Lack of food security leads to violent conflict which destroys much needed infrastructure to fight diseases like HIV and other preventable, easily treatable, but ultimately deadly infections. Conflict also dismembers fundamental institutions (like schools, public works, and so on), rendering already vulnerable societies even less capable of dealing with their predicaments.

And now we have Ebola. The deadly virus – kill rates historically have been as high as ninety percent though mortality during this present epidemic is situated at just over half of those infected – has plagued Africa in the past but nothing on the scale that we are witnessing today.

And, in keeping with past crisis patterns, Ebola is destabilizing West African economies and threatening to unleash disaster through other channels. This past week the United Nations World Food Programme warned of impending famine in the region and urged mobilization of food aid immediately.

Alarm bells have been ringing for months now – Médecins Sans Frontières (MSF), the global medical humanitarian organization, called for international support as far back as March.

But in order for Ebola to enter the consciousness of the industrialized West, involvement of non-Africans was required. This occurred in July with the infection of two US  health care workers  – who recovered after receiving the coveted but unproven anti-viral medication ZMapp – and a Spanish priest, who died despite receiving the same drug.

While Ebola soon became a household word, Western governments sought to reassure their populations of the low risk within their own borders. Simultaneously, agencies like MSF and the World Health Organization (WHO) screamed for more action, warning that the situation would only spiral downwards without rapid and substantial international intervention.