First, in this intensely personalized and strictly controlled government,  Stephen Harper (the boss) has made crystal-clear his distaste for drugs, criminals, misbehaviour — anything revealing the messy and complex human experience where people are imperfect or make mistakes, where they embrace “other” cultures and customs (First Nations, Muslims), and especially where they dare to attack his favourite charities (private schools, the oil patch, the corporate sector in general, and of course his very own Prime Minister’s Office — whose public relations budget keeps on climbing no matter what the political or social climate).

This private obsession of the prime minister, a man who brooks no opposition, compels Rona Ambrose to do her lash-out against the meddlesome judges in the Supreme Court for taking a more equitable course.

Second, allowing cannabis to flourish, both as a source of remedies — and for fibre and nutritional and ecological reasons — threatens the very heart of the Harper economic plan. That plan places corporations and big business in general front and centre, and leaves everything and everyone else off in the margins.

Therefore the mere presence of cannabis, and the way it’s used, is a huge threat.

Cannabis actually works very well just as the actual plant. It works, as is, as a source of effective remedies, easily and inexpensively grown and bred by anyone with a green thumb (and anyone else who can read or follow simple directions).

Therefore it can’t be patented — and the pharmaceutical industry lives and dies by obtaining and clinging to patents. I know; I’ve wrestled with Big Pharma throughout my entire career as a family physician, and repeatedly faced its obsession with patents, and its indifference and even hostility towards other kinds of remedies. (Almost every aggressive critic of marijuana use has turned out to be closely tied to the drug industry.)

Strike One against cannabis, in the Harper/Ambrose/Blaney playbook.

Not only does it work, cannabis is significantly safer than most recreational drugs (cocaine and amphetamines and other stimulants, alcohol, heroin), and even safer than many widely used prescription drugs, such as benzodiazepines like diazepam (Valium), anti-depressants like the SSRIs (Prozac et al) and antipsychotics (Haldol et al).

All these drugs can potentially kill you, whereas cannabis cannot directly do so. That’s because it does not have much impact on the brainstem, the part of the brain that controls many vital bodily functions.  Despite Rona Ambrose’s brand new pseudo-outrage, this has been known for 25 years.

Because it threatens Big Pharma, Strike Two against cannabis.

When cannabis is legalized — as it now has been in Colorado and other North American settings — it quickly benefits the economy. But it enhances small (not big) business, while putting new money in government coffers. The State of Colorado has observed this already.

If favouring big businesses, with their abundance of public relations and lobbyists, is the hallmark of Stephen Harper’s economic plan, he and his Cabinet are now caught in an embarrassing cleft-stick of their own making, and can’t wriggle away.

Strike Three against cannabis. (No wonder Rona Ambrose is having a public fit.)

Finally, if cannabis joins the medicinal mainstream, and is accepted into the recreational substance world — in other words if it’s legalized — it will inevitably come to symbolize the “little engine that could” — and did. It will become (in fact it already is) a rallying cry for the very diversity and variety of “norms” that is such a source of delight to most of us but abhorrent to all those with extreme views which they will do anything to advance.

So now there’s a Strike Four against cannabis (which is, in fact, just a plant, not the Devil’s Spawn), because it could weaken and unhinge the entire fabric of the Conservative mindset.

Imagine! People making their own minds up about how to conduct themselves in their own lives. Like they were grownups and everything. 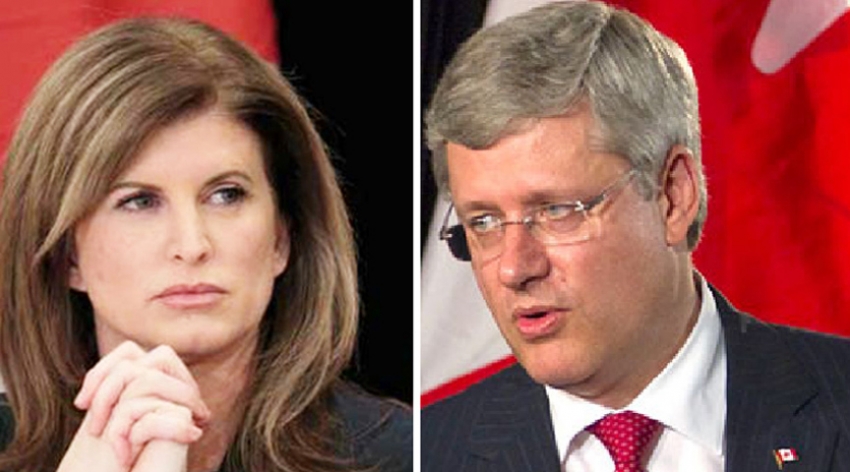 Well then, please just, just….go away, and let the pot plants grow, the science of cannabinoids expand. Let the courts and Mounties move on to real criminal stuff, let the biker gangs cruise off to other fields of illegality, Big Pharma choke back its spleen, and the average citizen get on with living his or her life with, or more likely without, cannabis.

And without all the theatrics.