In 2005, B.C. Premier Gordon Campbell promised to upgrade all of B.C.’s seismically high-risk public schools by 2020. The Christy Clark government has pushed that deadline to 2025 or even 2030, and has made more promises than progress. 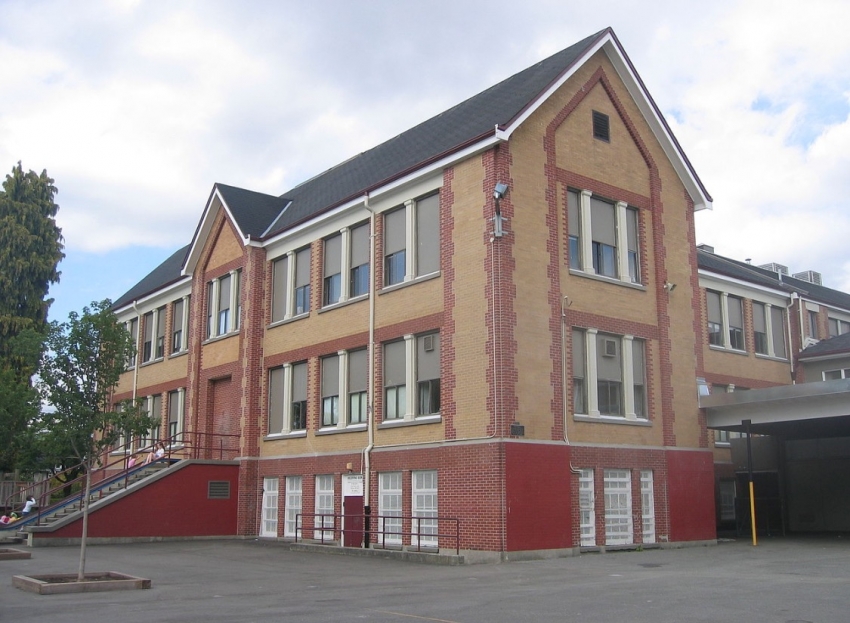 This is the old General Gordon Elementary that was at high risk of significant structural damage in the event of an earthquake. It was demolished and replaced by a new building that opened in September 2016. Photo: Wikipedia

You see them in every B.C. public school and they’re usually placed right by the front entrance. The school plaques — often in old brass with raised lettering — say the name of the school and the year it opened, along with the names of the school board members and some key senior staff, the architect and other dignitaries that attended the school’s opening.

But those were the good old days. Now Premier Christy Clark’s name is showing up on plaques, whether she’s visited the school or not.

Exhibit 1: General Gordon elementary which opened to students this September after the completion of its seismic rebuild. 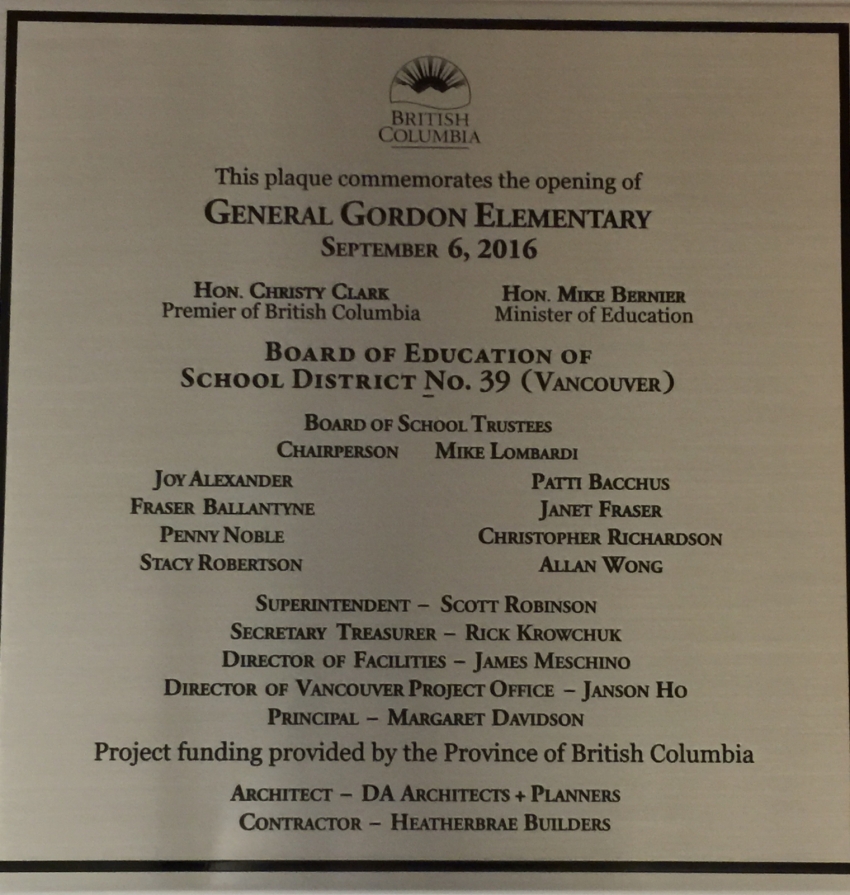 It was a long project and it’s wonderful to see the beautiful, seismically sound school open and operating. General Gordon students and staff are now among B.C.’s lucky ones who will likely be safe in the event of a moderate or severe earthquake.

Thousands of others will just have to keep their fingers crossed for now.

That’s because despite a 2005 promise by then-Premier Gordon Campbell to get all seismically at-risk schools upgraded by 2020, progress has been slow and thousands of students will be attending seismically high-risk schools for several years to come unless we have a real shift in government priorities and action.

The 2005 announcement came with this B.C. government graphic showing the schools that would be "fast tracked" and completed by 2008. It was to be the first of several broken promises.

Campbell’s 2005 promise came after two years of intense lobbying by a group called Families for School Seismic Safety — a group that built on work started by some Lizards.

Not actual Lizards — students who called themselves Lizards.

The Lizard kids went to Vancouver Technical Secondary around the turn of the millennium, mostly graduating around 2002.

As part of a successful campaign to convince the provincial government and VSB to seismically upgrade their high-risk east Vancouver secondary school, they made a public service announcement (PSA) that showed up on my TV one day as I was getting my kids ready for school —  in their grade one and two classes.

They were around the same age as the boy on my television screen who was signing his last will and testament before he headed off to school himself. That powerful TV spot caught my attention and weighed heavily on my mind as I walked my little ones down to their pretty, red-brick, unreinforced-masonry school perched on the edge of a steep slope.

That was around the time I’d seen something else disturbing on my TV  – news coverage of the aftermath of the 2002 earthquake in Molise, Italy that took the lives of 26 children and a teacher when their school collapsed. It was devastating to think of those children killed in what wasn’t even a particularly powerful quake – about 5.4 magnitude.

Newspaper reports were heartbreaking. While people might think schools should be the safest buildings in town, too often they’re anything but. The Molise school was the only building that collapsed that day.

“Rescuers used cranes, blowtorches and their bare hands to claw at the debris Thursday night, removing roof tiles and slabs of concrete while listening for the faint sounds of children trapped inside.

"That's what we're basing the search on. We're still hearing voices," Police Col. Antonio Ianuzzi said late Thursday. Paramedic Antonio Licursi, covered in dust as he emerged from the pit, said he believed at least a dozen more children were still trapped. But a firefighter who had been clawing through the rubble well after darkness said later, ‘We are worried, we haven't heard their voices as well as before. The voices are weaker.’”

In 2003 I heard there was going to be a meeting at Van Tech for people concerned about school seismic safety. I went to find out more.