In the 2009 and 2013 election campaigns education was barely mentioned in debates or in news coverage. This election is different. 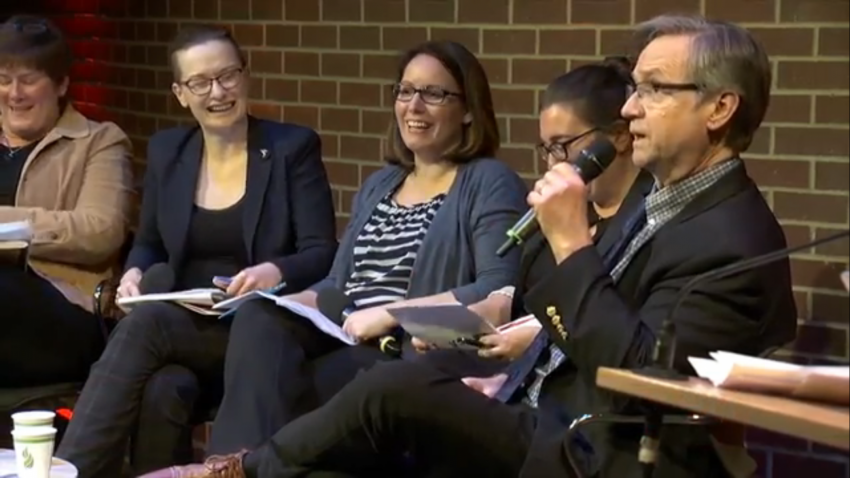 I came to public education advocacy and activism accidentally, like so many other parents I’ve met along the way, and it’s all thanks to Christy Clark.

I didn’t know it at the time, but the moment I became an activist was at a parent advisory council meeting about 15 years ago. My kids were in primary grades at Queen Mary elementary in Vancouver.

The principal was having a difficult conversation with the 20 or so parents gathered in the staff room for the monthly meeting. He was listing the changes we could expect due to the Vancouver school board’s (VSB) $25.5 million shortfall for the next year.

We’d be losing playground-supervision staffing, learning assistance time for struggling students would be reduced, the vice principal would have to teach much more of the time, the school library would be closed more and there would be less money available for new books and other resources, he told us. And more.

We listened passively, a few of us slowly shaking our heads.

The principal loosened his tie and said “I’m a servant of the board. It’s my job to do this. You are citizens. If you don’t agree with what is happening then consider trying to change it.” Ding. I became an activist.

At the time, I thought things couldn’t possibly get worse for our public schools, but thanks to Christy Clark and the B.C. Liberals, they would indeed get worse. Much worse.

That moment set me on a fifteen-year path I never expected to take — one that eventually took me to chairing the Vancouver school board for six years and serving as a school trustee for eight.

That came to an end last fall when the Clark government fired the Vancouver school trustees for refusing to approve a budget that cut teaching jobs and dealt a death blow to the district’s popular elementary band and strings program.

The $25.5 funding shortfall in 2002 was the result of the legislated contract Clark brought in as education minister — the one the Supreme Court of Canada decided last November was illegally imposed. It included raises for teachers she failed to fund, leaving school boards to figure out how to pay them.

Hence the cuts and the beginning of a nasty pattern of downloading new costs to boards and not funding them, forcing trustees to make cuts and in some cases, close schools.

It was also the beginning of Clark’s epic and expensive battle with the B.C. Teachers’ Federation and hundreds of thousands of kids — including mine — were caught in the cross fire and would be throughout their school years.

Since then many people — including me — have tried to make public education an election issue, seeing a change in government as the only solution.

Whether it was general funding levels, support for students with special needs, seismic upgrades and funding for new schools, it was tough to get voters’ attention with many competing issues like health care, the economy, environmental issues, affordable housing and transportation.

Sure, people care about public education, but it was barely mentioned in debates and news coverage of the 2009 and 2013 election campaigns. This one’s been different.

With polls showing education ranking as the sixth top issue identified by voters, that puts it ahead of environment, government spending, transportation and pipelines as an issue, although still behind health care, housing affordability, economy and social issues (ie poverty, homelessness).

Education is getting attention in debates, media coverage and social media.

In a revealing interview with Burnaby Now, education reporter Cornelia Naylor asked Clark if she was willing to apologize for unconstitutionally stripping the teachers’ contract and causing the 15-year court battle.

Asked by Naylor if she’d be putting money back into the education system without the Supreme Court decision, Clark claims she would and perhaps even more.

Going by the comments posted under the online video, I wasn’t the only one who found the interview painful to watch, although Naylor did an excellent job of respectfully trying to hold Clark to account.