Christmas is a secular holiday 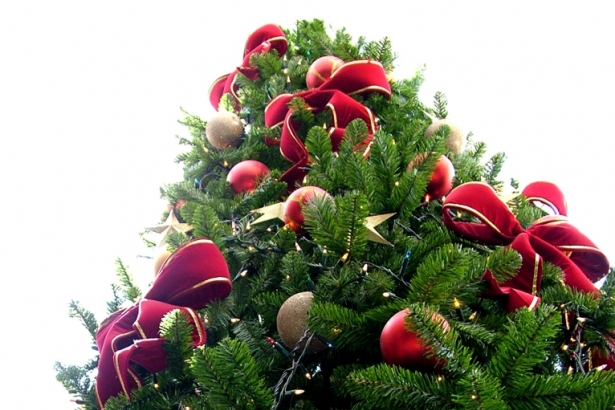 By now, everyone has formed an opinion on how to refer to December 25th. Should we use the Christian idea of “Christmas” or is that word so heavily religious that we ought simply to say “Holiday?” In fact, there is a third way.

First, we must grant that Christmas is a major Christian holiday, probably the second-most important on the whole calendar.

Second, we also need to grant that December 25th does not correspond to the actual birth of Jesus. It is well-known that the date was chosen to correspond with the existing Roman winter holiday when Rome converted to Christianity, somewhere around 354 AD. The mere fact that different Christian traditions have varying dates for Christmas should suffice to show that the date is not meant to correspond to anyone’s actual birthday.

Third, we need to remember that modern democracies, including our own, tend to deliberately keep religion out of public policy. There are many excellent reasons for this, but there is no time to enumerate them here. So, now the picture begins to emerge. We have a statutory holiday on December 25th called “Christmas.” But if Christmas is a religious holiday, how can we observe it and still maintain the separation of church and state?

The answer is simple. There are two concurrent, yet utterly distinct, holidays on December 25th. Both of them are called “Christmas.” Christmas in the religious sense is celebrated in churches and prayers and however else people choose to worship.

Christmas in the secular sense is a celebration of the ways that we care about each other as members of a community. It is a celebration of propinquity, of actual or perceived kinship, of social bonds and mutual good will. Secular Christmas celebrates those virtues which deepen community bonds, whether we are talking about family, friends, or even strangers.

There is no reason to assume that only Christians can observe Christmas in the secular sense. It partakes of Christianity in name alone.

And if you think about it, this is easily the interpretation which best suits the facts. Look who celebrates Christmas. Yes, Christians will celebrate it. But that is obviously a religious celebration. What’s more interesting is to note how many non-Christians also mark the occasion. One can hardly say that a Sikh who puts up Christmas lights is cheating on her faith any more than an avowed atheist who decorates a Christmas tree would be revealing herself to be a liar.

Historically, there is plenty to indicate that Christmas began as a political tool more than as a religious celebration. In that sense, secular Christmas may represent a deeper tradition than its religious counterpart. But that is another discussion entirely.

The point is that we do not need to take the “Christmas” out of Christmas. It is unnecessary to water down our terminology by saying “Holiday” for fear of alienating non-Christians. We simply need to recognize the existing secular sense of the word. In fact, it has been bringing non-Christians together for years.