A Canadian asbestos legacy in London? 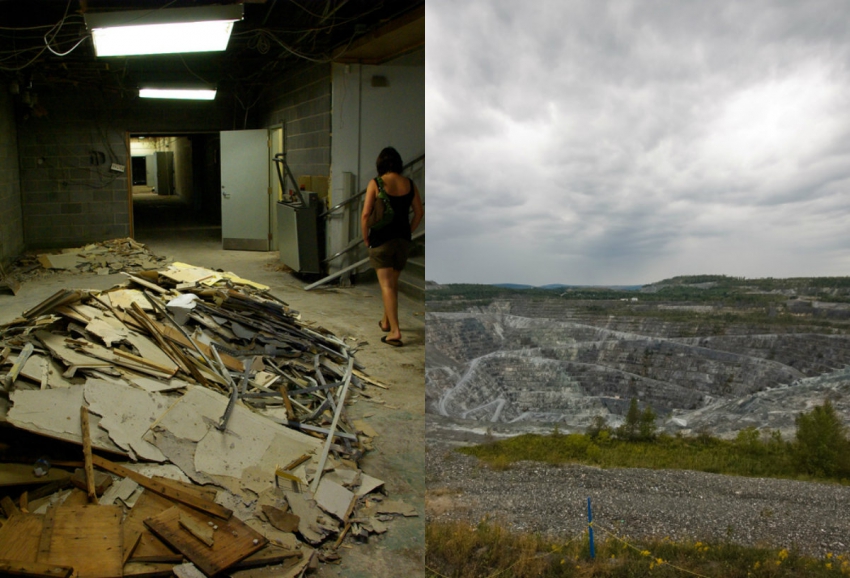 The other week I made the mistake of replacing the flooring in our London apartment.

We had wanted to replace old carpets with new flooring that would improve the air quality.

After sending my wife to stay with neighbours, I pulled out an ancient carpet, only to discover that the subfloor was composed of a layer of carcinogenic asbestos tiles sitting on concrete. Consulting the appropriate health and safety manuals, and donning a hazmat suit, I set to work about removing and disposing of the toxic tiles.

While sweating heavily underneath a sealed work suit and ventilator mask, I could only question if it was not poetic justice for a Canadian to be faced with removing carcinogenic chrysotile asbestos floor tiles.

From 1900 through 2003, Canada was responsible for one-third of all worldwide production of all types of asbestos, with only Kazakhstan and Russia producing more.

Since 2006, there have been unified calls for a global ban on the use of all forms of asbestos, and the WHO estimates that globally more than 107 000 deaths each year are attributable to occupational exposure to asbestos.

In spite of most forms of asbestos being listed as hazardous materials under international law, Canada continued to oppose the listing of chrysotile asbestos, the type of asbestos mined in Quebec and exported around the world, until 2012.

Today in Canada, asbestos in new and existing buildings and products remains the largest cause of workplace fatalities. In spite of well-established dangers to human health, Canada still imports large amounts of asbestos and asbestos containing products, including vehicle brake pads.

Unlike 52 other countries, from Australia and Japan to Sweden and the United Kingdom, Canada has never banned imports or exports of asbestos. The federal government’s decision to export asbestos long after the rest of the developed world had acknowledged its deadly nature, and to continue to permit the import of asbestos-laden products, calls into question their respect for Canadians’ health and well being.

Saboteur in Chief of International Agreements

As I peeled back tile after tile from our floor, I wondered how it could have taken so long to regulate the trade in something that everybody had agreed was a dangerous carcinogen?

Between 2006 and 2011, Canada was the only developed nation to oppose bringing asbestos under the control of the Rotterdam Convention, the United Nations-sponsored treaty signed in 1998, that requires exporters of hazardous substances to disclose the risks. The Convention requires unanimity and until 2012, Canada’s opposition blocked any form of agreement on the regulation of asbestos.

In particular, until 2011 Canada fought against the listing of chrysotile asbestos as hazardous and carcinogenic, which was exactly what was in my floor tiles. Even though chrysotile asbestos has been listed as a hazardous substance under Canadian law since 1985, Canada has long argued that once it left Canada (as virtually all of it did because Canadians did not want to be exposed to asbestos), it should no longer be treated as a hazardous substance by importing countries, like India.

At the same time, asbestos industry associations in Canada continue to promote the falsehood that chrysotile asbestos can be safe, perhaps because they are afraid of one day being sued by the thousands of people afflicted with asbestos cancer (“mesothelioma”).