In 2002, the B.C. Education Minister, Christy Clark, legislated a teachers' contract that stripped away their rights to bargain class size and composition. That led to larger class sizes, fewer specialist teachers and increased workloads for teachers. Today, the Supreme Court of Canada said she was wrong. 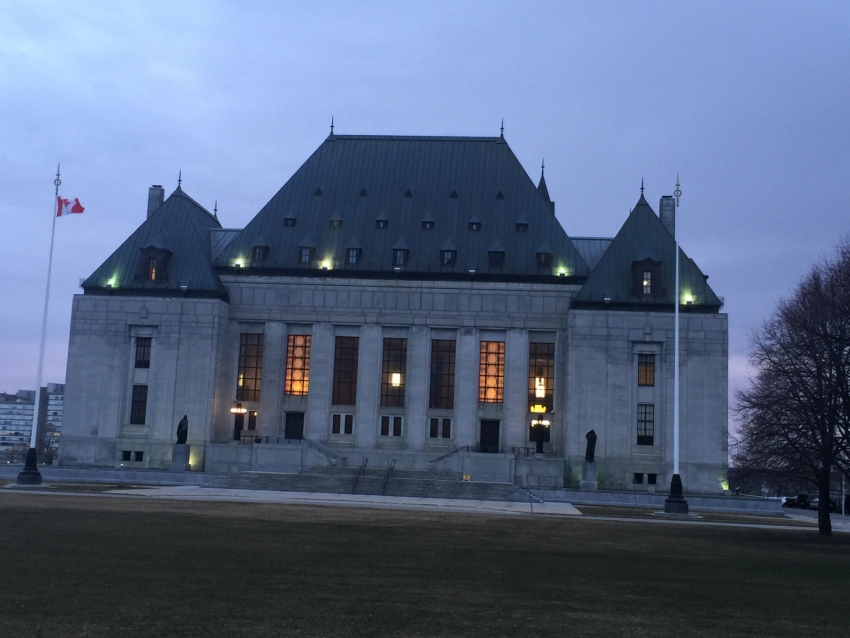 The Supreme Court decision regarding the BCTF came as a surprise to most who expected it to take several months. Photo: Patti Bacchus

But I’m still angry about the whole thing.

This dispute began when my kids were in primary school and I was struggling to get additional support for my then 7-year-old son.

The province legislated a contract that “stripped” the BCTF’s right to bargain class size and composition. That legislation enabled government to force B.C. public school boards to cut specialist teaching positions and increase the number of students with special needs in classes for years to come, and that’s exactly what happened.

That dispute carried on until today, casting a cloud over B.C. public schools. That dispute — and the impacts of the stripped BCTF contract — are what got me started as a public education advocate, initially by attending school PAC meetings and eventually leading to a becoming a three-term elected school trustee who served six years as Chair of the Vancouver School Board.

But while today’s decision has huge personal significance for me, it’s clearly about much much more.

This is a great day for B.C. public school students who’ve been shortchanged for years by the Christy Clark government. Clark was the Education Minister in 2002 when the contract was stripped.

Since then, the kids have been losing out. They’ve had to share their teachers with more kids in primary grades and been in larger class sizes with more students with complex needs being supported by fewer people at all levels.

In high school they’ve had fewer course options as more kids squeeze into fewer classes. They’ve had less access to specialist teachers who can help them succeed in school despite special learning needs.

They’ve had less access to properly staffed and resourced school libraries and arts programming. In some cases they lost their neighbourhood schools to closures and have to travel to another schools farther from home.

Today’s decision changes that. This is great news. We are still waiting for details to determine how exactly this decision will be implemented, but we did some estimating a few years ago at the Vancouver School Board (VSB) to look at how much it would cost and what it would entail.

At that time, senior VSB staff said it would cost about $16 million a year and would mean hiring more teachers, particularly at the primary levels and in specialist positions.

In the 2002 VSB collective agreement with its teachers, students were counted based on their needs, so students with special needs could be counted as 1.5 or 2 students, for example, depending on their individual designations.

In A February 2014 briefing to trustees, VSB senior staff advised trustees “By far, the largest financial impact [of returning to 2002 contract language] would be the number of additional divisions that would have to be added to elementary schools across the district in order to meet the significant decrease in primary class size limits, as well as to accommodate the increased number of students with special needs today.”

They calculated the VSB would have to add 107 additional elementary enrolling classes and that every VSB elementary school would be affected. At the secondary level, a restoration of old contact conditions would require hiring over 100 full-time teachers.

It will still be difficult in parts of Vancouver where schools are already over capacity, but overall the VSB is be much better prepared for today’s decision than most districts are.

The BCTF has done B.C. families a tremendous service with this 14-year battle through the courts. We owe them a lot of gratitude and they deserve a wonderful celebration for this victory. They have stood up not just for their members, but for quality public education.

So why I am still angry? I’m angry because my kids, now 21 and 22, and hundreds of thousands of other kids spent their school years under the cloud of this mess made by Christy Clark during her reign as B.C.’s Education Minister.

They watched services and programs being cut, shivered in under-heated classrooms, couldn’t get the courses they needed that would enable them to succeed, couldn’t get access to counsellors when they needed one and much more. I know students across B.C. and their families could tell similar tales.

I’m angry because I’ve lost count of how many times I’ve heard teachers cry — literally cry — with frustration from not being able to get the support for students in their classrooms that they knew they needed.

I’m angry at the toll increasingly difficult working decisions have taken on teachers, support staff and administration. And school trustees.

I’m angry that as a school trustee we were forced to make cuts each single year in order to balance our underfunded budgets. While this year I finally voted “no” to more cuts (and got fired for it), for seven other years I voted for budgets that were the best we could do with the funds we had, but were wrong for kids.

I’m angry just thinking about how much money the Christy Clark government has wasted on this long-running dispute that started in the B.C. Supreme Court, then the B.C. Court of Appeal, and today in the Supreme Court of Canada.

Imagine if they’d spent that money on kids in classrooms instead of all the lawyers they paid to finally lose the case.

So congratulations and sincere thanks to the BCTF for its tireless fight — their victory will have long-term benefits for many.

But I’m still angry about how many suffered due to what our current Premier did to our public schools with the illegal contract stripping — and to kids, families and school districts and those who work in them. Some things can’t be reversed.