“It may even be too late in the game on caribou,” he said. “We need to throw all the management levers, including predator management, to get back to some sort of sustainability. Otherwise, we will lose the caribou. This points to the need for more protection of habitat, more than was protected in the 2009 Recovery Plan.”

McNay sees short measures that could be useful band-aids, such as decommissioning “linear features” (roads) which give wolves access into caribou habitat. “Restoration is key right now, and especially in lower-elevation habitats,” he said. “We are in an extraordinary management situation and we need extraordinary measures to get us back on track.”

Short-term measures are being tried in Alberta, but it is too early to determine their success. In any event, “more lower-elevation habitat for long-term survival is the fundamental part of the program,” according to McNay.

He rejected the idea of a broad-spread emergency moratorium on snowmobiles, energy exploration and logging as impractical. “Business in BC will continue,” he said. “But I’m optimistic that it can be done in ways that will benefit caribou in the short term. We have industry buy-in on some projects and some traction to move forward. I’m less certain about the long term.”

Lui Marinelli, a wildlife biologist and instructor at Selkirk College, told the Nelson Daily that the cull is too little, too late for the South Selkirk herd, the one with only 18 caribou. In the long-term, the wolves will rebound to their previous numbers and start picking off the caribou again. Such a small population is vulnerable to any unfortunate circumstance, such as an avalanche. Marinelli suggests merging the South Selkirk caribou with a stronger herd to allow it to make a genetic contribution to another population.

Mark Hebblewhite, co-author of the study noted in Nature, suggests that in Alberta the absence of adequate protection of habitat from industrial activity, a different approach might be needed. “Pick two herds. Fence them. Remove predators non-lethally and just farm caribou,” he wrote. “That is how bad it is.”

In any event, at least in the South Peace, we can stop assuming that the situation is being handled as promised in the 2009 recovery plan and ask ourselves if the survival of mountain caribou matters — because BC has the only population in the world and it is blinking out on our watch.

Does it matter that a creature we will probably never see continues to exist? 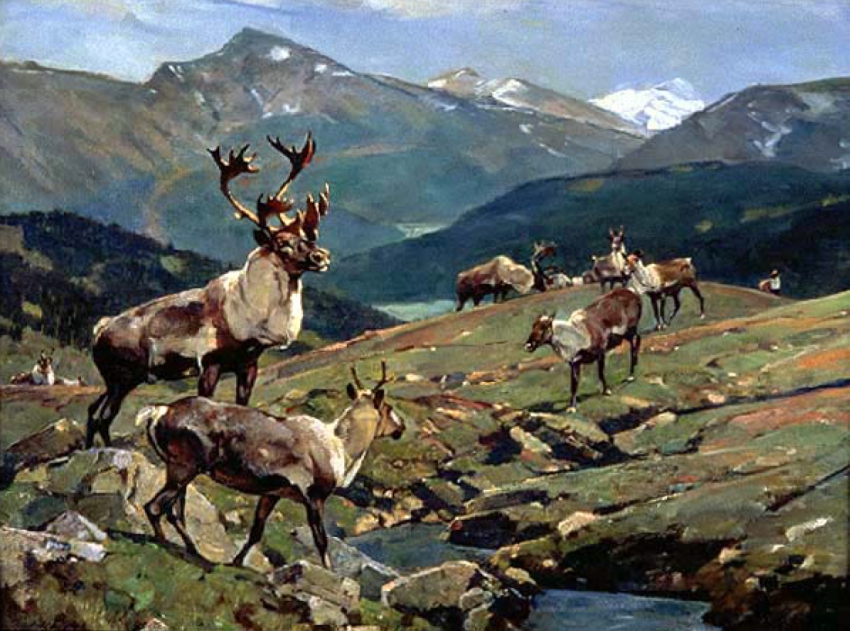 Everyone has their own answers to this question: morality, aesthetics and/or utility for humans. According to caribou Science Team member Scott McNay, “We are morally and ethically obligated to try to save caribou.”

For  myself, I’ve watched marmots wrestle, pikas make hay piles and heard wolves howl. The wonder and respect for their tough and clever ways offers us a fulfilled state of mind, one of belonging to something enormous and unimaginably intricate. With wolves, their expressiveness is similar enough to humans to apprehend, perhaps, some sense of what they are communicating.

Such pleasure is so deep and emotional that it seems instinctual, a state of respect for otherness that served my ancestors in their quest for survival. Of course, it isn’t the only state that helped them survive. But these days, when ecosystems are frayed close to the point beyond repair, and climate change is barreling toward us with significant and perhaps terrifying changes, we get to choose which strategy best suits our current situation.

Why would we choose energy exploration, clear-cutting and snowmobiles, all of which have carbon consequences that will further destabilize our world, over caribou with the stabilizing impact of the old growth forest ecosystems that have protected them from predators for millennia?

It’s naïve to think our province will turn on a dime, but it will turn at some point because climate change will make it turn. We should be ahead of that game to the extent that our efforts protect not only ourselves but also ensure the survival of the caribou.