Environmentalists across the country rejoiced at the news that the BC government formally opposed the Enbridge Northern Gateway pipeline. But reading the 99-page submission, it becomes clear that the door for the controversial oil sands pipeline remains wide open. 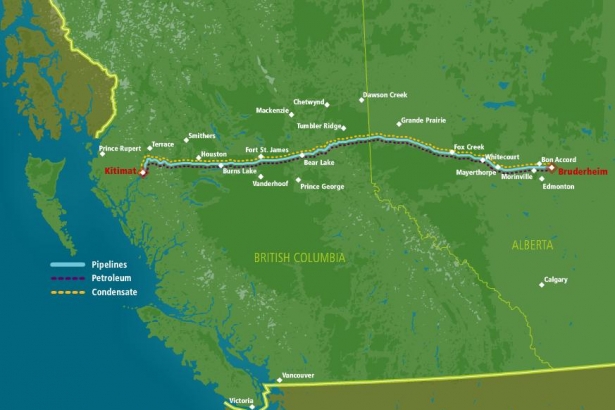 I’ve just read the BC government’s May 31 written submission to the Joint Review Panel (JRP) established by the Canadian Environmental Assessment Agency (CEAA) and the National Energy Board (NEB).

Christy Clark no more rejects the Northern Gateway (NG) than a mother rejects her first-born child.

In fact, that analogy is rather precise. Mothers admonish their children all the time for unacceptable our socially outrageous behaviour. But they don’t disown then, or send them off to live with another family, and it is rare, thankfully, that they “kill” them.

So it’s fair to say that Christy Clark sees herself as the Northern Gateway’s mother. She’s acting, in political terms, like she’s angry and upset because her child has been behaving in a very disruptive and persistently foolish manner.

But the pipeline is still her baby.

So she’s presenting herself like a wealthy mother fiercely admonishing, say, her child’s nanny. She’s talking tough about the nanny, but she’s never going to abandon her child.

On the other hand, what her lawyers do in spades, in their 99-page written submission, is reject the brainless behaviour and pronouncements of the project’s proponent, Enbridge Inc. They dissect, in some detail, the fantastical pie-in-the-sky proposals Enbridge has been making for building this dangerous piece of infrastructure (without, by the way, mentioning that atrocious video cartoon that removed all the islands from Kitimat’s ocean access).

But never forget who we’re dealing with. The precise wording in any public document from governments and from the corporate sector, and most particularly from the BC Liberal government (and from Stephen Harper’s government too) is critically important.

Words are often used as stealth weapons by both governments.

Nowhere – not once – does this document say: “we recommend against building this pipeline.” Nor does it say: “the environmental threats posed by this project are too significant for this pipeline to succeed, and so it should not, in our opinion, be built.”

Instead, the legal minds in Christy Clark’s employ have crafted a document that indirectly and repeatedly leaves the door open for development.

“….in this particular case the Province submits that Northern Gateway should be able to show, in advance of certification, that it will be in a position, once operations commence, to live up to its spill response assertions. Northern Gateway has not done so. The Province submits that the JRP should, in making its recommendations, give this factor significant consideration.” (Section 114, Page 35)

The words dance gingerly away from recommending against the controversial pipeline project. Instead they hint at a set of conditions entirely consistent with the project going forward (“….once operations commence…”).

Then they give the Panel the most insipid of directives (“….the JRP should….give this factor significant consideration.”), allowing Premier Clark’s close political ally, Prime Minister Harper, all the wiggle room he needs to move ahead with construction.

This same insipid, meaningless directive is repeated several times more in the BC government submission:

Eventually, however, the BC Liberal government drops its objections to the project completely, and formally allows that the project can go ahead, provided certain conditions are met. “The Province is not in a position to support approval of the project as proposed for the reasons set out above. However, if the JRP decides to recommend that the project be approved, then it is of the utmost importance that the approval be accompanied by clear, measureable and enforceable conditions.” (Section 153, Page 49) [emphasis added].

In fact the BC government submission reproduces the 13 pages of recommendations from the JRP for how the project can be allowed to go ahead, with comments about the province’s particular concerns if and when this happens.

Having said that, the report from the Province of BC does do one thing very well.