But the details of a complete buy-out are unclear because the market-value of those licenses is very much up for discussion and commercial guide outfitters would have to agree to the sale as well as the terms of the agreement. 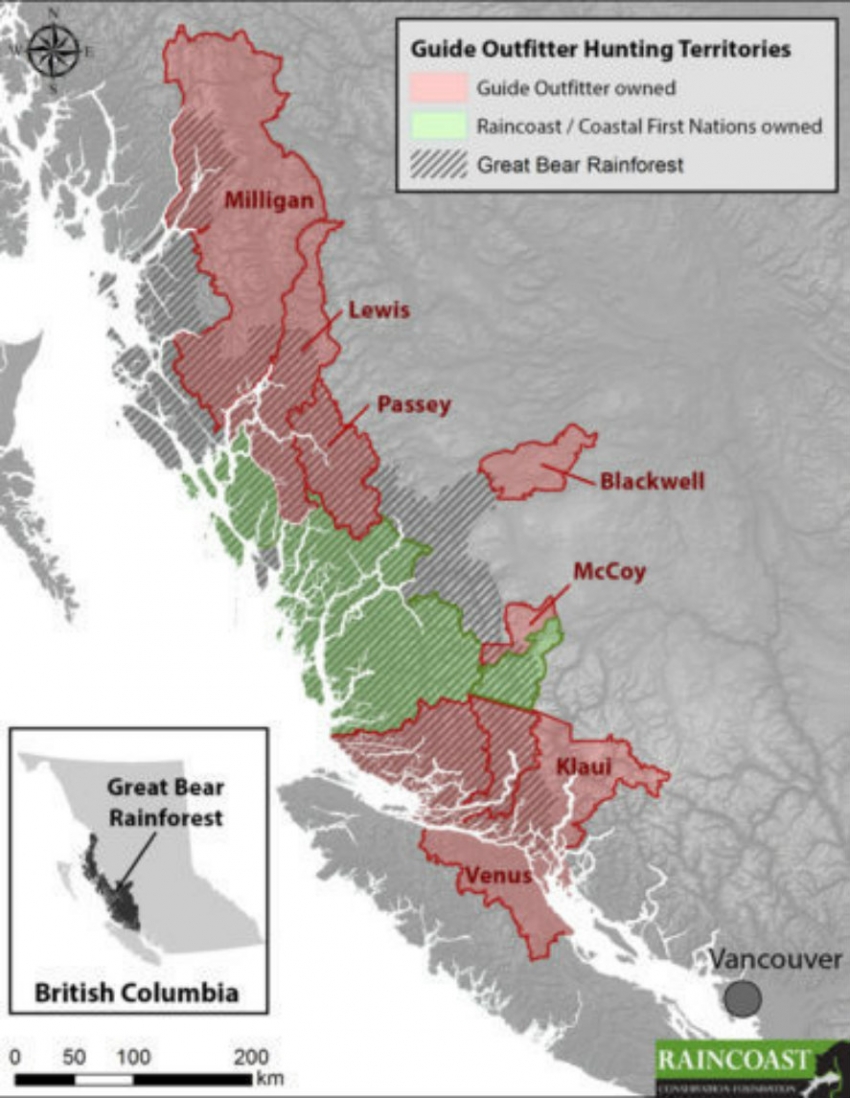 While the federation does not comment on political platforms during the election, in a statement made to The Grizzly Truth in May of 2016, BCWF spokesman Al Martin said:

“First Nations in the Great Bear Rainforest have made it clear from their perspective that they don’t support grizzly bear hunting. I think we need to respect those differences and open up the dialogue.”

He added that across the province there will be different preferences and that the BCWF recognizes that one size does not fit all.

Doug Nealoss cautioned that “Election time is obviously when people make a lot of promises. If we can hold their feet to the fire and make sure we end it … There’s a lot of conversations that have to happen.”

Given the vagueness of the BC Liberal’s platform further clarification is needed as to what the promised ban really means and how exactly it will be implemented.

It also needs to be viewed within the context of the party’s move towards privatizing the grizzly hunt allocation system and giving it over to hunting organizations in an effort to remove itself from the political repercussions of the controversial hunt.

As Bill Bennett, MLA for Kootenay East, said in a recent interview with The Townsman: “Hopefully, an agency that is separate from government can make decisions that are in the best long-term interests of wildlife and just forget about politics and do what’s best for the animals.”

Editor's note: MLA Bill Bennett has been a strong advocate for the grizzly bear trophy hunt.

The BC NDP, on the other hand, has promised a province-wide ban on grizzly trophy hunting. But again it is unclear whether this applies to commercial guide outfitters only or to resident hunters as well and whether it would include a loophole that would allow grizzly hunting if the meat is packed.

Editor's note: The BC NDP's official platform states, "We will ban the grizzly bear trophy hunt."

It is therefore imperative for environmentalists, First Nations and the media to keep pushing this issue until definitive progress is made.

Tom Reissmann is the director and producer of The Grizzly Truth, a documentary that scrutinizes the motivations and arguments for grizzly bear hunting, while dispelling the myth of the dangerous grizzly. Experts from both sides of the argument discuss the myths and the facts in an effort to arrive at The Grizzly Truth.