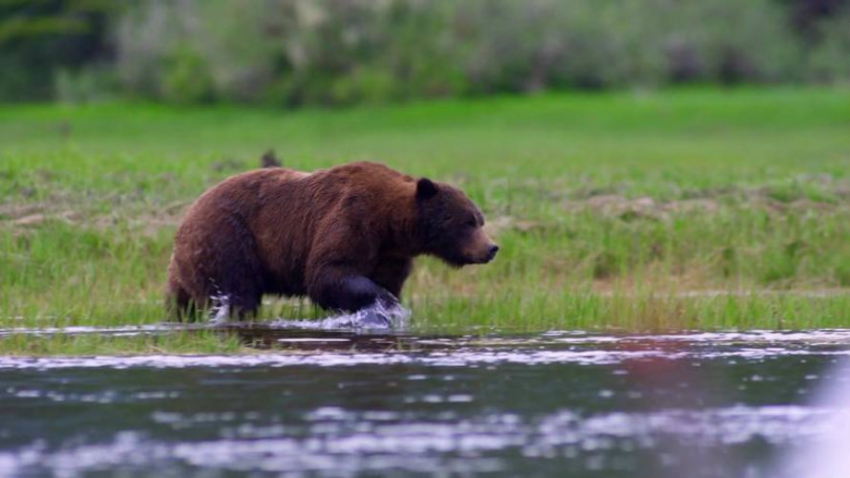 Screenshot from "The Grizzly Truth" documentary

After weeks of negative news coverage regarding its connection to trophy hunters and donations from trophy hunting groups, including the US-based Safari Club International, the BC Liberals attempted to regain the narrative by promising to “work with the Coastal First Nations towards the elimination of the grizzly bear hunt in the Great Bear Rainforest,” while at the same time “continuing with the science-based approach to the bear hunt elsewhere in the province.”

It is worth remembering that Steve Thomson, Minister of Forests, Lands and Natural Resource Operations, made a similar announcement back in February of 2016, when he mistakenly told reporters that “The agreement today as we announced retires the commercial hunt for grizzly bear for the Great Bear Rainforest.

Protecting the species is the first principle and we will continue to manage the process elsewhere on a science-based approach to grizzly bear and wildlife management generally.”

A statement that was later clarified by the ministry communications director Vivian Thomas as only applying to First Nations territories. But even that turned out not to be true since it was contingent on hunting territories being bought out, which was never fully accomplished, while the resident hunt continued unabated.

“This false sense of relief is deadly,” said Brian Falconer, spokesman for Raincoast Conservation Foundation, back then. “Sixty per cent of grizzly kills in the province goes to resident hunters.”

The new BC Liberals' party platform was therefore immediately met with skepticism from First Nations and the Commercial Bear Viewing Association (CBVA).